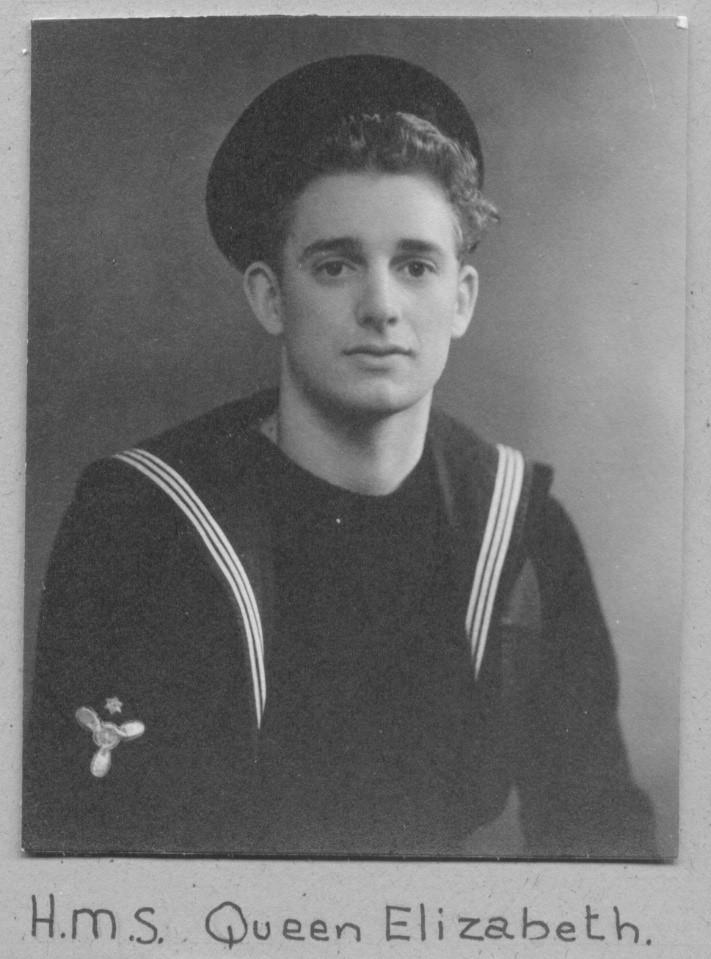 With great sadness, we report that Jack passed away peacefully on October 22, 2020 at home in his 97th year. Predeceased by his loving wife Hilda, survived by cherished partner Sylvia, beloved father of Laura Hughes (John), Stephen (Carol) and Mark (Cindy). Poppa to Sarah, Amy, Tom, Lisa, Carrie, Adam, Michael, Amanda and Bradley and Great-Poppa to 10.

What an amazing man! Born in Sutton England, Jack grew up with his brother George and parents Kathleen and Charles. He learned about hard work and farm machinery (which he loved) on various farms, as his father was an estate manager. Jack was training to be a Blacksmith at an Agricultural College, but war broke out in 1939 when he was just 15. He was able to join the Royal Navy (underage), but he had to wait until he was 16 before he could convince the war office that he was 17, and old enough to serve.

It was during the war that he met and married Hilda who was serving in the WRNS at the time. In 1948 Jack set out to Canada to blaze a trail for a new life. Hilda and baby followed some months later with nothing but hard work and opportunity ahead of them.

Jack worked as a welder during the day and home builder (for his own home) evenings and weekends. He needed extra money to start his own business, so he quit his welding job and took a position welding steel water towers where he would receive danger pay for working high off the ground.

A year later, in 1952, Jack started Nye Welding in Cooksville, Ontario, which continues to grow to this day with 3 generations of Nyes in the business. Nye’s success is a testament to the solid foundations laid, and many lessons handed down by Jack.

Jack’s real passion was the sea. He completed over 19 major ocean voyages including 3 trips around Cape Horn and several Trans-Atlantic crossings, two of them solo! Most of Jack’s amazing trips and memoirs will be posted on his adventure blog: www.jack.nye.ca

Dad showed us the meaning of hard work and perseverance, he had nerves of steel and an un-stoppable will to succeed. His life lessons were simple: Do the right thing, Let your conscience be your guide, and Never give up. These lessons are the legacy that he gifts to his children and theirs.

Dad loved poems and songs of sailing in far off lands. “Bound for South Australia” and “On the Road to Mandalay” were among his favorites, often recited on Fridays after lunch with his grandsons.
“Fair Winds and Following Seas” Dad

A memorial service will be arranged at a later date. (To be announced)

If desired, memorial donations can be made to: Toronto Brigantine - www.brigs.ca

Letters of condolence and shared stories may be left for the family online at www.turnerporter.ca