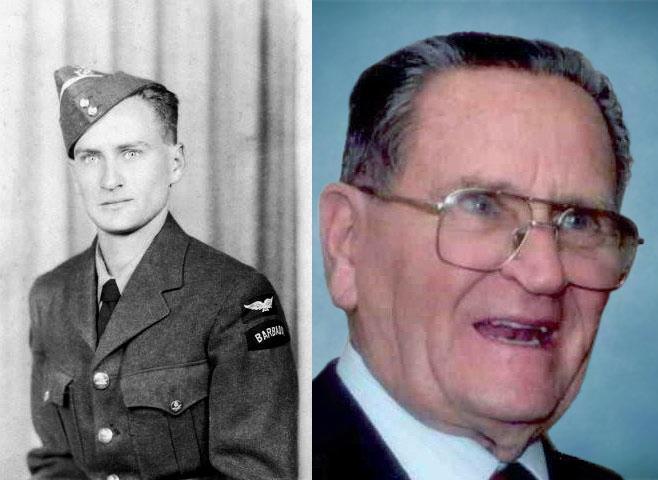 It is with great sadness that we announce that John H. P. Frederick passed away peacefully, on Wednesday, October 13, 2021 at 96 years of age at Sunnybrook Veterans Centre in Toronto. He was predeceased by his wife Molly and daughter Denise Fischer (Paul). Much loved father of John (Jan Pepper) of Toronto and daughter Nancy Linder (Gilles) of France. John was the adoring and adored Grandpa to Tammy Fredrickson (Jon), Paula Kasprzyk (Dave), Katie (Ted Fair) and Jessie Frederick and great-grandfather to Jonathan, Paul, Molly and Nikolas. Family was everything to John. He maintained close ties with extended family living all around the world and he is survived and admired by nieces and nephews Llynda McFarlane, Andrew and Stephen Hines; Richard, Peter and Tim Nurse; Catherine, Andrew and Charles Frederick and their families. His passing marks the end of an era.

John was born August 18, 1925 in Barbados, the second youngest of four children of Canon Charles and Enid Frederick. John enlisted in the Royal Air Force in Barbados in 1944. He joined the crew of a Liberator, where he was assigned the position of bottom turret gunner. When the European war ended, the crew flew directly to Bombay/Mumbai in July of 1945. When WW II ended in August, John returned to London, England where he met Molly Eileen Owen, the love of his life.

John and Molly married on Easter Sunday April 21, 1946 and set off on the first of many adventures to begin life in Barbados with John’s family. They moved to British Columbia in 1948. They welcomed three children into the world and enjoyed 66 years of marriage until Molly’s death in 2012.

John had a long and successful career in banking beginning with Barclays Bank in England and Barbados. He continued his career with the Bank of Montreal in British Columbia, Trinidad and Ontario.

John was a long-time member of St. Bride’s Church, where he served as Treasurer for many years. As a veteran, John spoke at elementary schools on Remembrance Day about his experiences in the war and he proudly carried the Canadian flag at St. Bride’s Remembrance Day services.

John was an avid cricket player and he played tennis and rode his bicycle up until his 90th year. He spent the last 2 years of his life at Sunnybrook Veterans Centre where he received exceptional care. The family wishes to thank the team who, led by Dr. Alena Hung, provided compassionate, respectful care in so many important ways.

For those who wish, donations in John’s memory may be made to St. Bride’s Church or Sunnybrook Veterans Centre. A private visitation and funeral service will be held. Due to restrictions still in place surrounding COVID-19, attendance is limited. To register to please use the following link:


“May the choirs of Angels come to greet you, may they speed you to paradise. May the Lord enfold you in His mercy. May you find eternal life.” - Ernest Sands