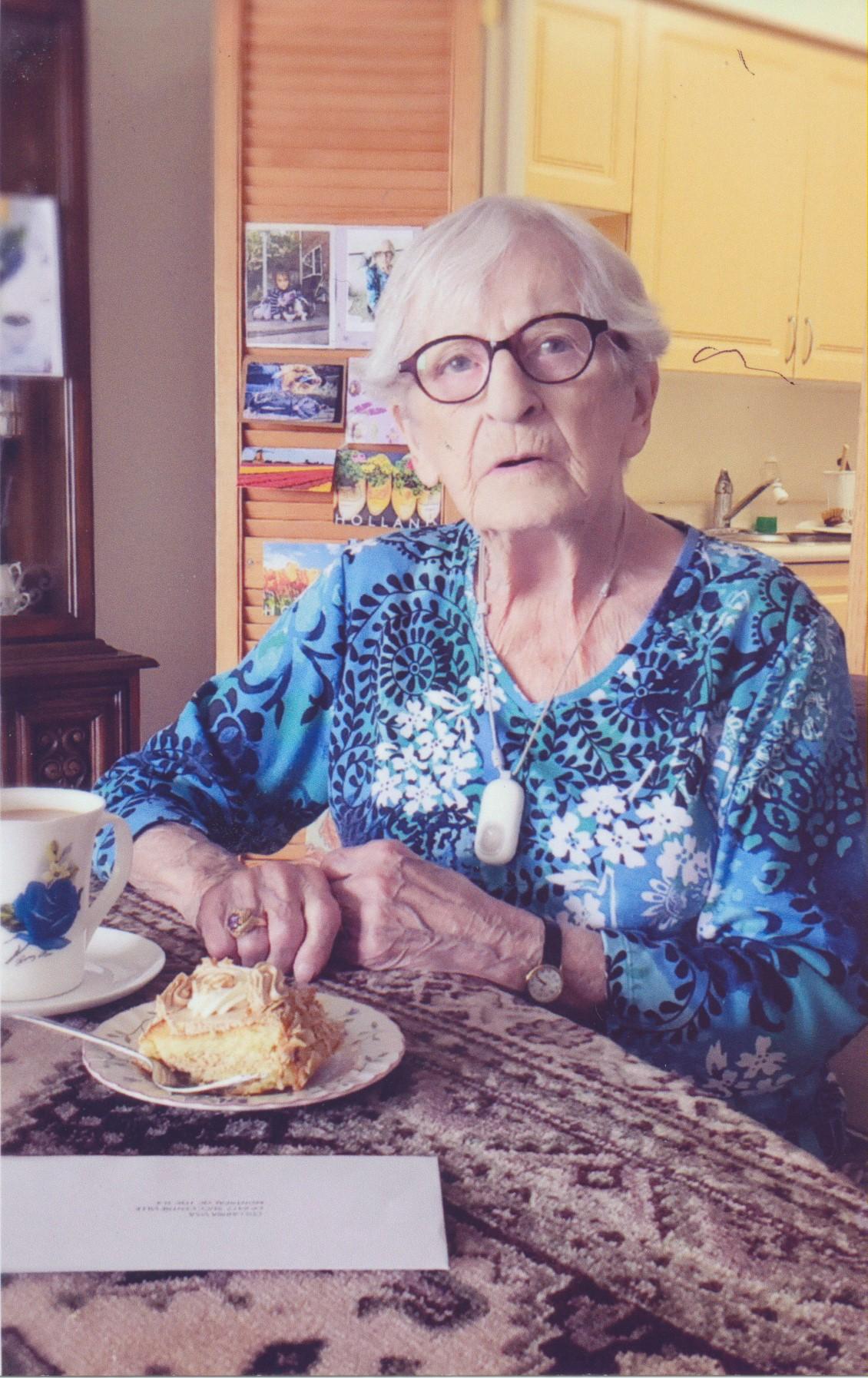 Annie was born on Sunday, February 1, 1925, in Waddinxveen, The Netherlands.
She passed away at the Brampton Civic Hospital in the morning of September 20, 2022.
A life that spanned 97 years, 7 months, and 19 days.

We hoped for a while that she would rally and recover from her surgery, but it proved too much to hope for.

She was the 12th child of Frans Compeer and Johanna Matze, the youngest of the family.

After the second world war she managed a confectionary store in Rotterdam and met her future husband who boarded with her brother and his wife in Boskoop.

In 1951 Stan asked her to come with him and start a life in Canada, but she declined as she could not leave her family. However, within a year she changed her mind and travelled to Toronto where they were married in 1952.

Annie and Stan were not able to have children, it was a great regret in her life. To compensate she embraced her nieces and nephews in the Netherlands, Germany, and the USA.

In total she made 50 trips to visit her family in the Netherlands, the first one in 1958, the last in 2018. In her generosity to her family, she funded many family reunions.

Her marriage to Stan was not always easy and after Stan passed away in 2001, she found herself and her zest for life again.

All her siblings and their spouses passed away before she did, as did some of her 54 nieces and nephews.

In 2013 she moved from Toronto to Holland Christian Homes in Brampton, she loved the view from her penthouse apartment where she lived independently for the last part of her life.

Special thanks to Marianne her dear friend and travel companion, Joan her guardian angel, as well as the doctors and nursing staff who took loving care of her during her stay at the hospital.

Her wish was and is for people to take of each other.

We miss you auntie, Frans and Betty