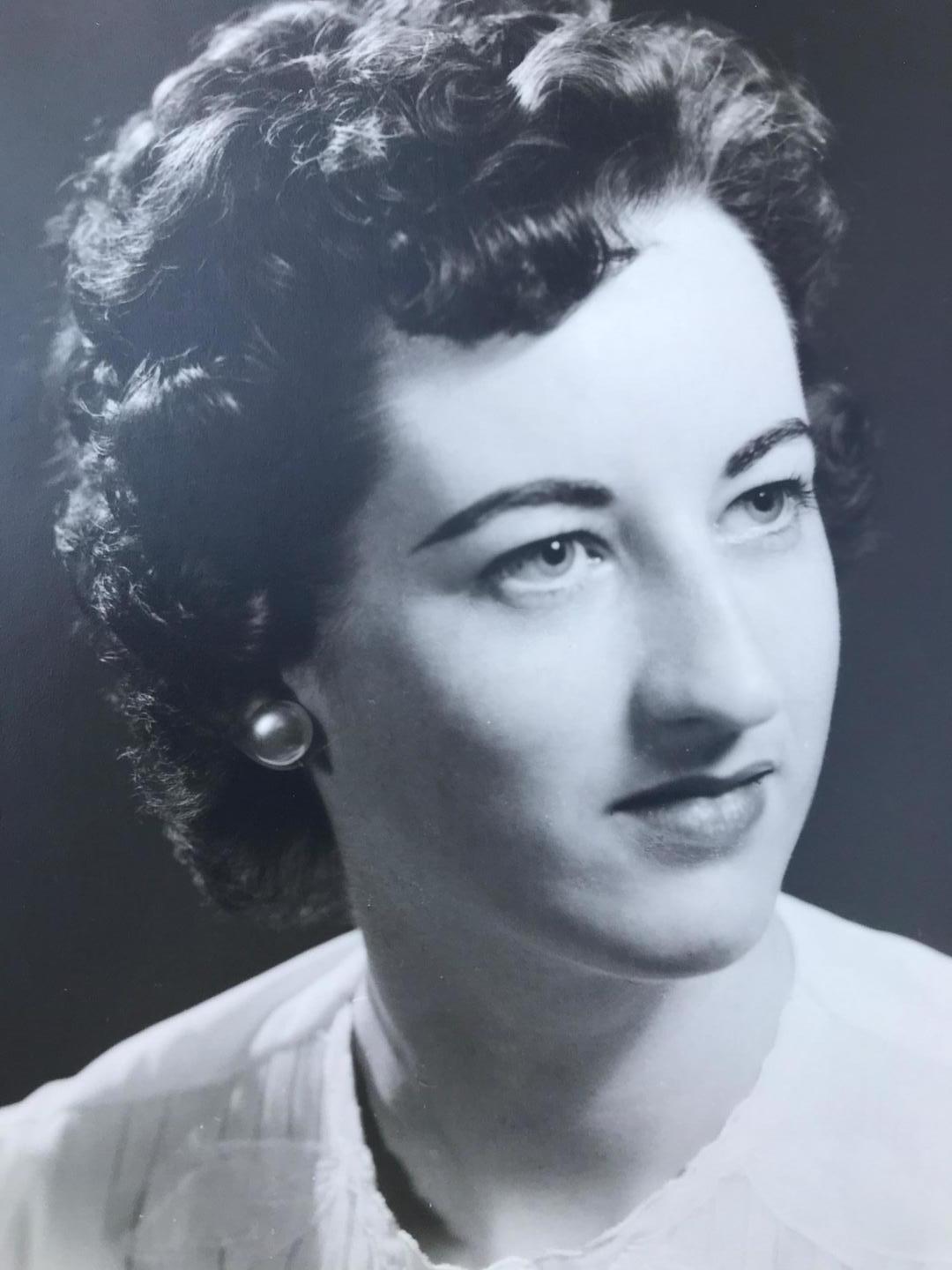 Joan Glennie Marando (née Townsend) passed away quietly in her sleep Thursday, June 03, 2021, three weeks shy of her 92nd birthday. She succumbed to the ravages of Alzheimer’s. A most loving wife, mother, grandmother, sister, aunt and friend, Joan is survived by her devoted husband of 63 years, Frank; her children, Michael (Delta), Lisa (John), Frank, Jr. (Barbara), Stephen, Bonita; her grandchildren, Julian, Adam, Alex, Wade, Katia; her sister Madeleine Cranston; and numerous nieces and nephews, with whom she shared an enviable closeness.

The youngest of twelve children born to John and Isobel Townsend of Hamilton, Joan had an unwavering love of music and dance, and a wondrous soprano voice. She sang semi-professionally with the renowned Leslie Bell Singers. Their angelic voices were heard coast-to-coast on their weekly CBC Radio show, at out-of-town performances, and at regular appearances at the CNE Bandshell. In keeping with her love of singing, Joan shared her exquisite voice at many weddings, funerals and Sunday church masses. She later performed with the Mississauga Choral Society and Clarkson Music Theatre.

Joan was a dedicated Catholic, serving as Choir Director for St. Mary Star of the Sea parish and as a member of the Catholic Women’s League. Prior to marriage, in the 50’s, Joan held head- office secretarial positions at Woodward’s Department Store, Abitibi Power and Paper, and Eaton’s Department Store. After 20 years as homemaker, she worked as a secretary for the Dufferin-Peel Catholic Separate School Board, retiring from St. David of Wales Separate School in 1993.

Joan’s family wishes to thank the caring, dedicated staff of Cawthra Gardens Long-Term Care Facility, which Joan called “home” for the past four years. Their tender professionalism has been a blessing.

Joan, and her fun-loving, ever-thoughtful ways, will be missed dearly by all and forgotten by none.

May “flights of angels sing thee to thy rest!”