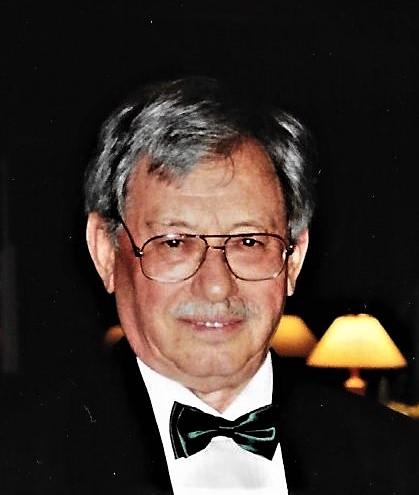 George (aka Jurek), age 96, passed away peacefully on Thursday, September 23rd, 2021. He led a remarkable life.
Born in Wilno, Poland, in 1925, George and his three younger siblings were separated from their parents and taken to the Siberian gulag in 1940. In 1941, after Germany invaded Russia, he shepherded his brother and sisters to safety in Uzbekistan, a harrowing journey of over 3,000 km. There, at 16, he lied about his age to join the newly formed Polish army.

A veteran of the Italian campaign, George served as a Forward Observer in the Battle of Monte Cassino in 1944, a pivotal battle of WWII.

Post war, George studied Civil and Mechanical Engineering at the University of London, graduating with First Class Honours. In 1949, he married Maria, his beloved wife of 72 years, and in 1955, along with daughter Teresa, they emigrated to Canada.

George enjoyed a 35-year career with Fenco Consultants (SNC-Lavalin) culminating in 15 years serving as Chief Civil Engineer. Highly regarded as a design engineer, he led the teams responsible for developing many dams, ferries, mining facilities, and other international projects. He also supervised the design of portions of the Toronto subway and the CN Tower.

George was a devoted father to Teresa and Ania. Upon retirement, he and Maria helped care for his grandchildren Daria and Jack. He loved them both dearly and said it was the best job he ever had.

While George was an avid golfer and bridge player, his passion was fishing at his cherished family cottage in Kaszuby, Ontario. His ‘secret spots’ were the stuff of local legend. He caught fish — and remained tightlipped — well into his 80s.

George is predeceased by his brother John and sisters Teresa and Jadwiga. He is survived by his loving wife Maria, daughters Teresa Fox (Chris) and Ania Kordiuk (Walter), and grandchildren Daria and Jack.

A celebration of life will take place at a later date. In lieu of flowers, donations may be made to Copernicus Lodge (copernicuslodge.com or 416-536-7122).