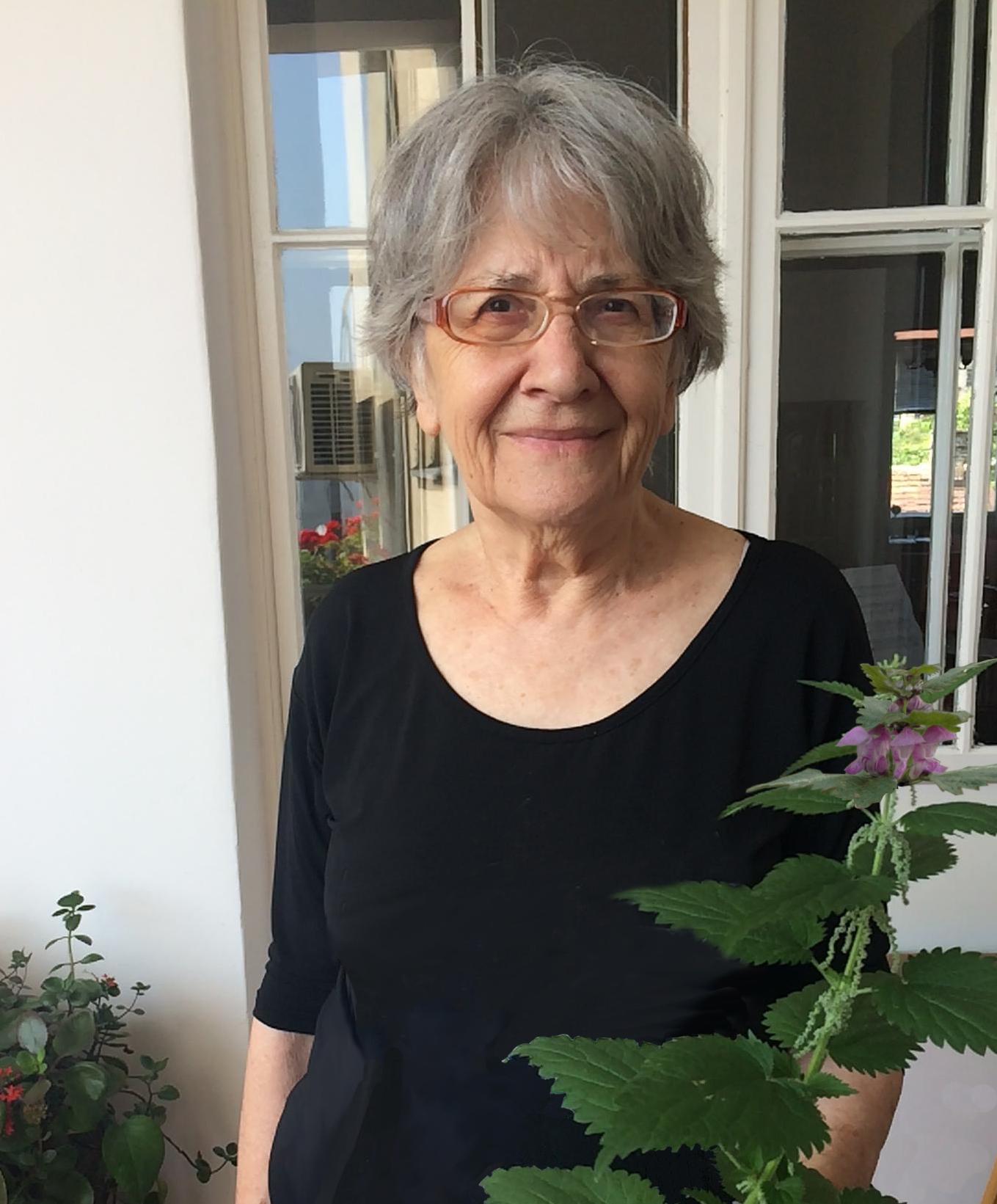 With deep sadness in our hearts, we announce that our dear mama, baka, and prabaka Jelena Vukosavljević passed away peacefully at home, aged 90. In her final days, as always in her life, she was surrounded by the love of her family, neighbours, and friends.

Jelena was born in the Kingdom of Yugoslavia and lived to see her country change its name and regime many times. After the premature death of her mother Mileva, she and her sister Vjera were raised by their doting father Miloš, a general in the King’s army. The family moved frequently, exposing them to many different cultures and ways of life. Jelena had a curious mind and a passion for learning, leading her to pursue chemistry which included learning German, as no textbooks were available in her native tongue. She worked as a chemical engineer in Serbia and in Memphis, Tennessee, where she was recognized in the local news as the first female engineer working at the company. She always encouraged women in their pursuit of confidence and equality. Before her time, she searched for solutions to reduce waste and help preserve the environment. One of her ideas for an eco-state received special acknowledgment from the government and was implemented in an official development plan of Montenegro. Following their mother’s footsteps, both Jelena and Vjera were accomplished pianists, and Jelena’s grand piano followed her everywhere, no matter how small the apartment. She loved music, she loved to sing, and she would frequently host gatherings that ended late at night with songs.

She always used to say how she had such a happy life. The anchor of her happiness was her husband Vesa (deceased); he was her colleague, her friend, and the love of her life. They shared their lives for over half a century, raising their children in a house full of love, warmth, and laughter. Together they sought to instil resilience, courage, and tenacity in their children and grand-children. In the 1990s, they immigrated to Toronto, following their children and grandchildren. Jelena’s kindness, zest for life, and intelligence helped her find friends wherever she went.

She had an open mind and a curious spirit; she loved traveling, watching movies with her friends, reading, and making palačinke for her grandchildren. She loved flowers, and her balconies were always full of geraniums. She embraced technology, particularly Skype and YouTube. More than anything, Jelena loved her family. After retirement, she helped raise her grandchildren with the same kind spirit and gentle support she provided for her children. The last decades of her life were divided between Canada, Serbia and the United States, spending time with her family and friends. She was always ready to cross the ocean if someone in the family needed her.

We will remember her kindness, her optimism and we will miss her sound advice and her ability to always listen without judgment.

She will be missed by her family and her many friends and neighbours around the world.