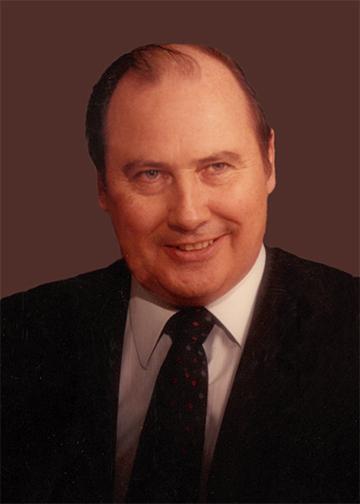 Jim passed away quietly at home on September 20, surrounded by family. Lovingly remembered by his wife of 55 years, Chris, proud father of Jane (Max), Carolyn (Gareth) and Robert (Nikki), and adored Papa to Charlotte, Malcolm, Emma, Trip and Harper. Survived by sisters Margaret (Doug) and Evelyn (Doug). Cherished son of the late James (of Hilltown, Northern Ireland) and Charlotte (of Cruden Bay, Scotland) Kerr. His family and friends will miss him greatly.
Jim was a first generation Canadian, born in Toronto and raised in Portsmouth (Kingston), taking on the role of caring for his family while his father served with The Canadian Army Medical Corps in Britain. He returned to Toronto for Grade 13 at Mimico Secondary School. Despite hardships in his early life, he created an amazing life using his unique combination of strong work ethic, integrity, generosity, and love for his family.
After graduating high school, he enrolled in the chartered accountancy program, receiving his CA in 1954. Recognised as a highly intelligent, hard working man with a positive attitude, Jim was approached early in his career by one of his clients to buy a small dental laboratory, Shaw Laboratories. Jim devoted the next 50+ years to developing it into a leading North American manufacturer of state of the art dental appliances. Always one to shine the light away from himself, he attributed the success of Shaw to the contribution of each of its employees and took great pride in creating an environment that focused on encouraging them to achieve their own personal and professional goals. Jim will be remembered by many as a mentor, always making time to help young people in both the dental industry and beyond.
Jim was instrumental in helping transform the Etobicoke Swim Club from a local organization to an internationally recognized program. Thanks to his efforts, many of its swimmers went on to obtain swimming scholarships at top U.S. colleges, including his daughter, Jane who went on to participate in both the 1984 and 1988 Olympic games, swimming to a medal in Seoul in 1988.
A great athlete in his youth, his love of sports extended to watching as well. He was a devoted supporter of the Leafs and Argos as a season ticketholder for over 50 years, and, in his later years, travelled each spring to Dunedin, Florida to watch the Blue Jays spring training. When he wasn’t in the stands watching his favourite Toronto teams, he was on the links as a long-standing member of the Mississaugua Golf and Country Club for over half a century.
Jim is remembered for his generosity, warm smile, quick wit, his quiet strength, and love for his wife, children, and grandchildren.
In lieu of flowers, donations may be made to MLSE Foundation, Trillium Health Partners Foundation or Covenant House. A private family service will be held on Friday, September 24, 2021.
A reception for family, friends and associates is being planned for the afternoon of October 14, 2021.