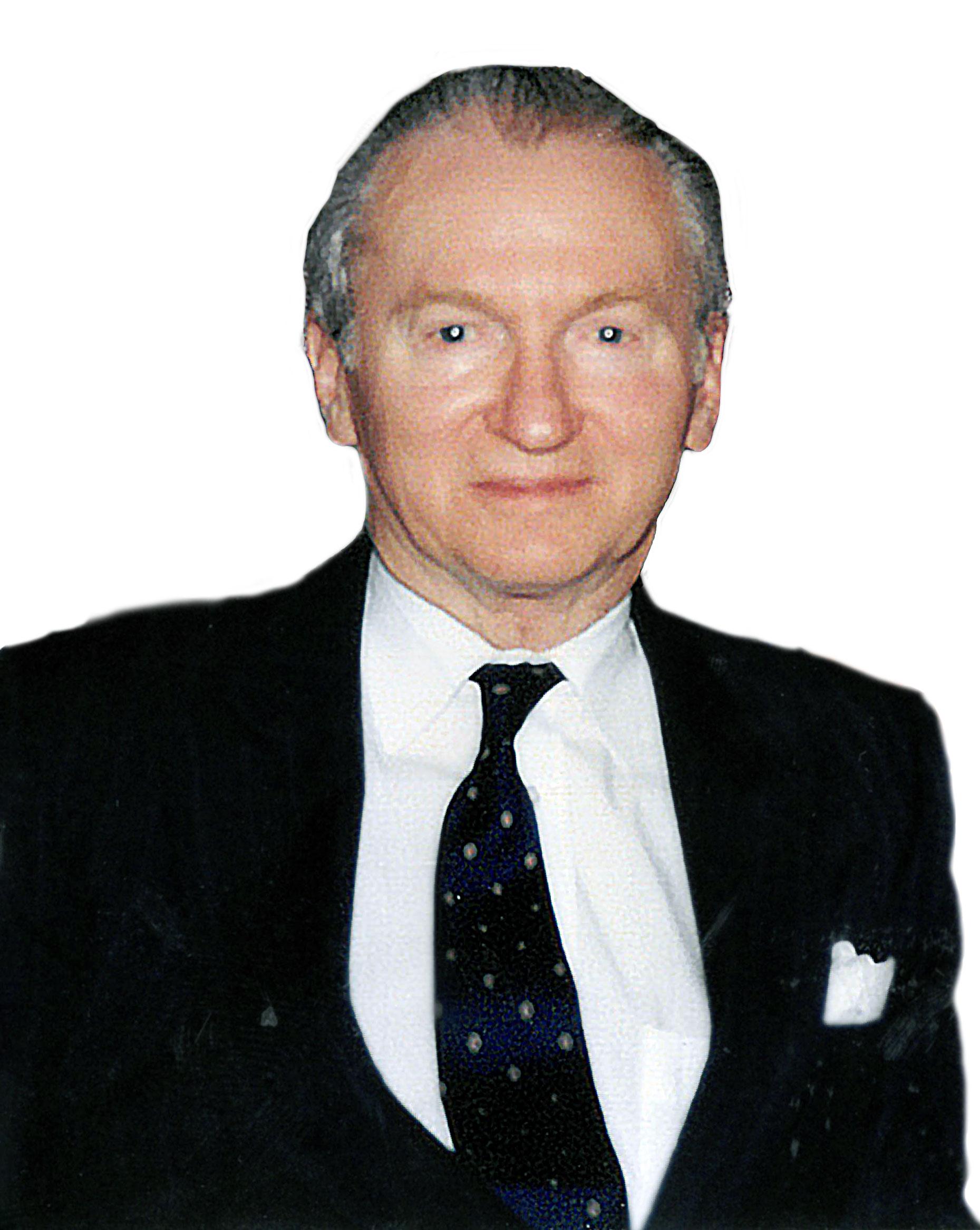 Peacefully at Erin Mills Lodge, Mississauga on February 23, 2020, in his 94th year.
Loving husband of Marion (St. Onge) for over 51 years.

As a very young boy, Jim was determined to become a journalist. He attended St. Annes Primary School and St. Marys Boys High School in Calgary. After High School, Jim joined the Air Force and later was transferred to the Army.

His military service enabled him to go to Carleton College which later became Carleton University where he obtained his Journalism Degree in 1949. His first career in the field of journalism was with The Chatham Daily News. Following that he worked for Canadian Press for several years where he covered Hurricane Hazel, and the fire on the Great Lakes Cruise ship, the Noronic in the Toronto Harbour. Jim left Journalism to do Public Relations work for Bell Telephone followed by MacDonald Export, Texaco Oil and Husky Oil.
In the mid 1960’s, a good friend introduced him to the very charming Marion St. Onge. He was smitten and on July 19, 1968, they were married. They lived in Montreal for a few years followed by a move to Mississauga. After Jim and Marion settled in Mississauga, a lovely creature came into their lives – Tammy, a beautiful tri-coloured collie followed by Minda, the stray cat that came into the garage one day and stayed for 23 years!

Jim and Marion loved to travel and visited Mexico, Ireland, Poland and Rome where they had the privilege of speaking with and having their picture taken with Pope John Paul II.
In their retirement years, Jim and Marion moved to Cobourg where they met many wonderful friends, enjoyed their beautiful garden and the view of the Northumberland Hills.

Jim will be remembered by all who knew him for his kindness, generosity and his very unique sense of humour.

Thanks to Sue and Jenna for their care and kindness while Jim and Marion were still in their home, and thank you to Dr.Jack and the team at Erin Mills Lodge for caring for Jim over the past few months.

In lieu of flowers, the family would request donations be made to The Society of Saint Vincent de Paul.