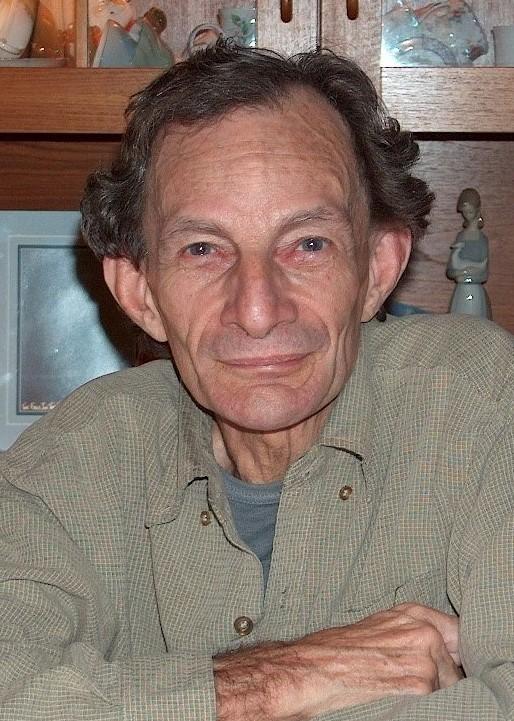 On Sunday, April 11, 2021, Jim Parsons passed away peacefully at his home in Mississauga. He had developed a recent illness which resulted in a sudden decline. He was his typical chatty and outgoing self until his final days. Those around Jim know him as a person who was enthusiastic and thrilled with learning new things; these are qualities that he kept up continually.

Jim was born in Toronto He was born on what was Mother’s Day at about 6 am in the morning, and he would have been turning 80, this year, on May 11, 2021. The son of Dorothy Begg (Dottie) and Gord Parsons, he had the companionship of his younger attentive, loving sister, Gail (1944-2019), and the regular company of his dear cousin, Jeffrey Field. In the 1940s, the family lived in Roseneath Gardens in Toronto, and then moved to Botfield Avenue in Etobicoke, Ontario, in the 1950s.

In the 1960s, Jim was known for his high-spirited alignment with the Sixties counter-culture and its thrilling fashions and great music. While he worked for decades in offices, his past-times were his main driving force. He was a great skier and he served as a ski instructor for people with vision impairment. He was a Titanic enthusiast, curious about technology, and he formed wonderful groups of friends. But, one could say that his real life began when he met the love of his life in the 1980s – Carolyn Gayle Harris (1955-2015).

Jim and Carolyn were inseparable for their 27 years of marriage. They had a wonderful home in a neighbourly minded community in Mississauga, and traveled to Alaska, the Caribbean, and around Canada. They were regulars at their local watering hole, the Clarkson Pump and Patio, where they had grand friends. They loved dancing, storytelling and laughing. Each of them brought a particular joyfulness to their interactions with friends and family. Their sociability and whole-hearted zest for life made them a hard couple to miss; it was simply clear that they were embracing life together.

Jim maintained close ties with his family in Toronto, Jeff and his wife Monica, and their children Ryan and Jesse. He regularly visited with Gail, his sister in Vancouver and her husband, Charles Belcher, and with his niece and nephew – Matt and Larissa – and Larissa’s son, Nigel, and her husband Jay. Jim took several trips out to Newfoundland to connect with the Parsons family and his dear cousin Suzanne Fitzpatrick and the Fitzpatrick sons. He was an avid fan of learning the Noel family tree and fit in with the storytelling traditions of the Newfoundland folks. Thelma Fitzpatrick and Uncle Gib Noel - members of the family in Newfoundland - had travelled to Toronto in the 1940s and had known Jim his whole life. Thelma had last hosted Jim at her home in St. John's a few years back. Jim stayed in contact with Bob and Eleanor Harris and the other members of Carolyn’s family. Stories of hanging out at the pub, listening to music performances and the shared love of Carolyn united them all. Jim enjoyed monthly Harris family luncheons with Bob and Eleanor, his nephew Ross and niece Emily and cousin Kathy Thompson.

There were many, many friends who have known Jim for decades. His wonderful friend, Yvonne, knew him so well and she was able to see him on April 10th. His friends from the pub have been a huge part of his life, with his friend Lisa McCartney living nearby. He connected often with the Vocalmotion singing group to play Name That Tune. The Widow's Support group friends were very important in his later years. And, there were other friends who he had known for 50+ years, including Joe Attard and family, Peter and Margaret Thatcher, and the Petrillo family, including Len Petrillo. In addition, Jim was very active on Facebook, where he used the platform to bring groups of people together, developing communities, sharing in stories and crafting posts about life, identity, and togetherness. His energy and spirit were clear and resounding and his final post provides the best farewell: “Long Live Love!”

We welcome all those who knew Jim to please post your stories and share your photos. We will delay a celebration of life until social gatherings are simpler, please contact niece, Larissa, at LSPetrillo@hotmail.com to put your name on the list for updates.

Please enjoy this photo album by following the link below, and do send along contributions to Larissa, if you have them. https://photos.app.goo.gl/2qB9per5mJrNm74N6