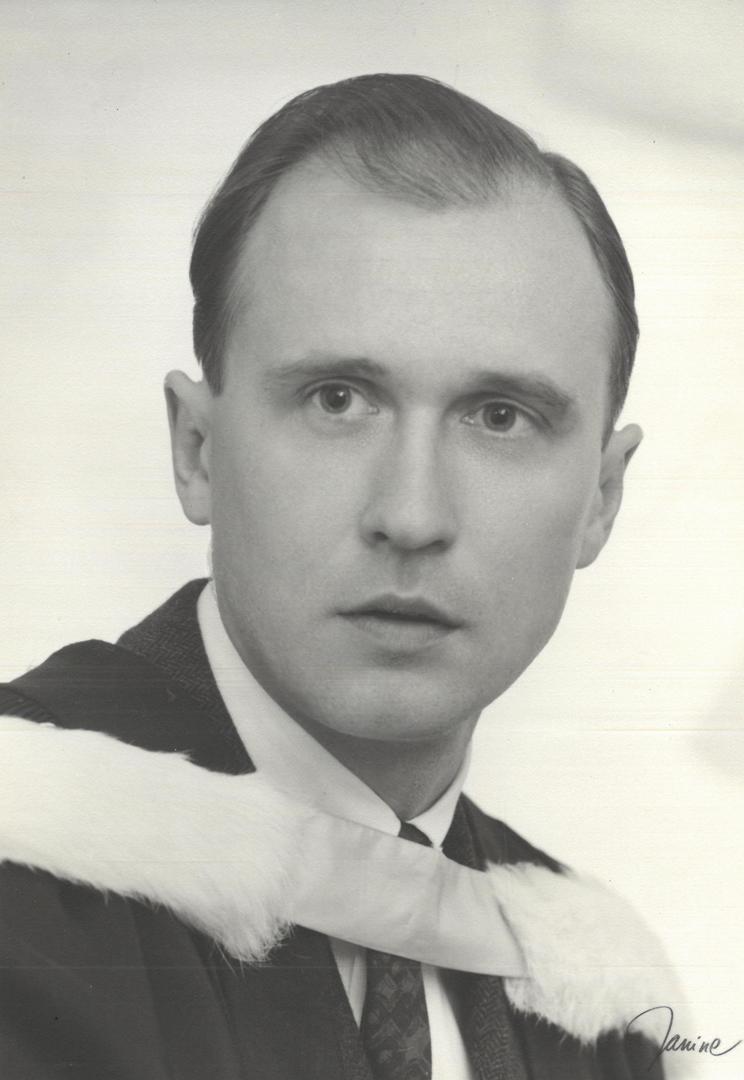 He will be sadly missed by the Holowka and Lozynsky families and by his life-long friend whom he met in 2nd year architecture, Jim Sykes. He is fondly remembered by colleagues including his friends from university Julian Trasiewiez, Andrew Zdanwiez and Cris Tworkowski, and, colleagues at the OAA Paul Hastings and Donna-Mae Chapman and friends in Plast and in COSBILD.

Ihor’s life is the story of an interesting journey. Born in Lviv, Ukraine in 1932, he emigrated with his parents to Canada after the war, travelling on the final voyage of USS Marine Falcon. They arrived at Pier 21 Halifax, Nova Scotia in 1948. Their family was one of 200 people destined for Lethbridge, Alberta, who came to Canada to cultivate sugar beets, later coined “Sugar Beets immigrants.” Ihor moved to Toronto in 1952 and graduated with a degree of Bachelor of Architecture from the University of Toronto in 1963.

June 6th 2013 marked the 50th anniversary of alumni who graduated from the University of Toronto's School of Architecture (as it was called back then.)

Ihor had three great loves in his life: Ermine, his family and architecture. He poured his heart and soul into all he did. He was generous of spirit and his bright blue eyes and infectious smile left a lasting impression. He leaves a legacy of memories with family and friends whom he held in high regard. He also leaves an architectural legacy in Ontario. His special love of wooden churches to which he gave so much of himself, embodied his passion for architecture and his promotion of wood as an architectural design and viable building material. His projects included many seniors homes, office buildings and private residences across Ontario, some pictures of which are available in the Life Stories section of his memorial page.

Interestingly, Ihor’s research into wooden church architecture revealed a mystery for him about his ancestry. His maternal grandfather, Ivan Holovka, was a master builder of Ukrainian wooden churches which still stand today in Ukraine. Ihor learned that Ivan was injured in 1923 during construction of one such church in Dakhniv, injuries to which he succumbed. What an interesting meeting it could have been if Ihor had had the opportunity to share with his grandfather their mutual interest, but one thing is for sure, Ihor is proud to have continued in his grandfather’s footsteps and to share this design construction/technique with Canadians.

A private family service will be held. In lieu of flowers, please consider a donation to the Ukrainian Canadian Care Centre (60 Richview Rd, Etobicoke, ON M9A 5E4), a link is provided in the donations section of this page or by telephone (416) 243-7653.