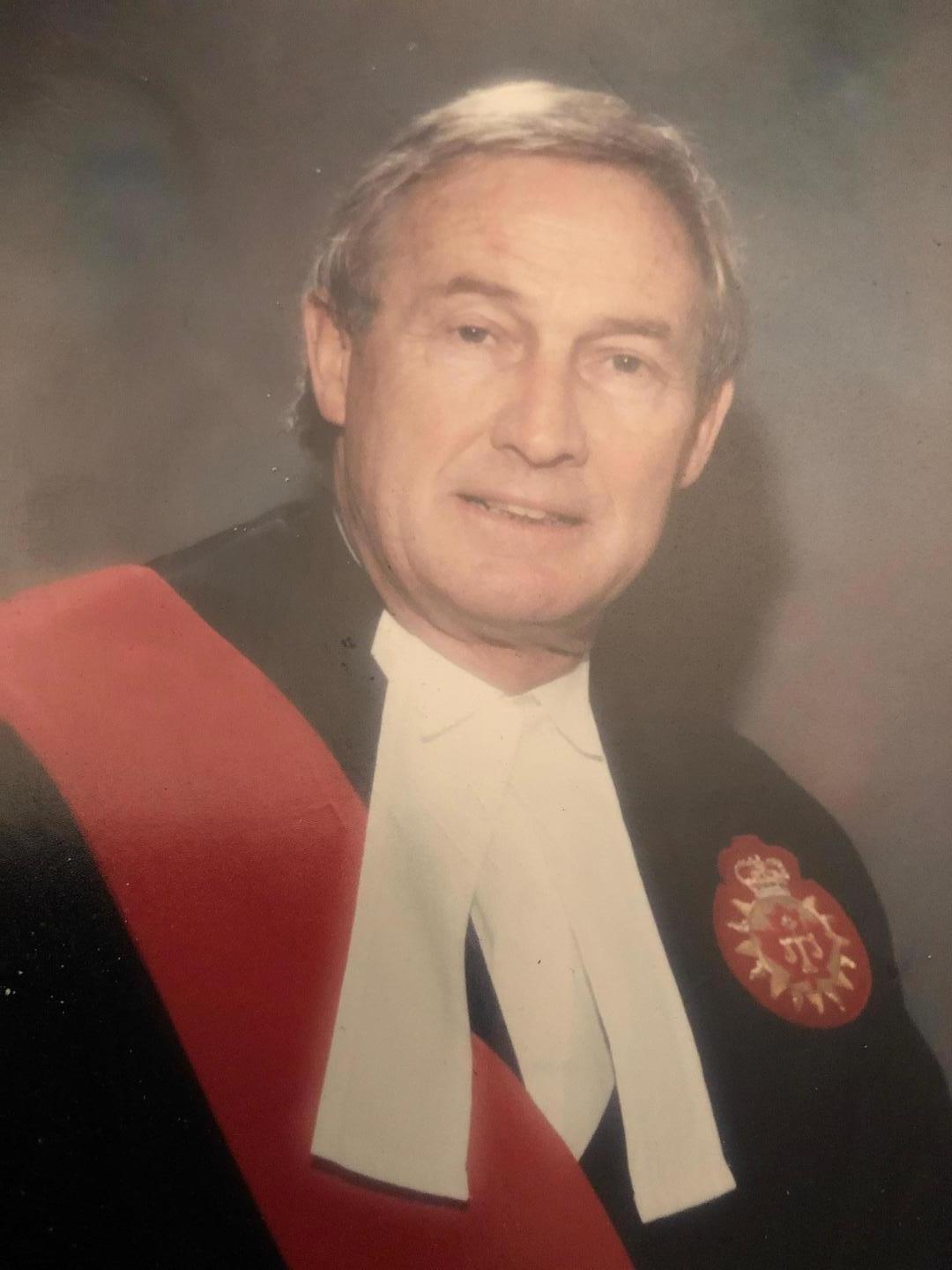 It is with great sadness that we announce the sudden peaceful passing of The Honourable Douglas H. Carruthers, Q.C. on Tuesday, January 14th in his 90th year, with family at his side.

Immediately upon retirement from the Court, he was appointed the longest serving Chair of the Ontario Review Board from 1996 to 2012 and the Nunavut Review Board in 1999 to 2012. The Review Board became a passion in his life. As a result of his intense commitment to legal and mental health issues, the first Mental Health Court in Canada was established to help deal with accused persons who have mental health related problems.

The Canadian Institute for Advanced Legal Studies was another one of Doug’s great passions in life—playing a leadership role in establishing two on-going legal lectures known as The Cambridge Lectures, held every two years at the University of Cambridge, England and Les Journeés Strasbourgeoises held every four years in Strasbourg. In 1978, Doug was appointed a Director with the subsequent appointment as Chair and President in 1979—a title he held until 2003. In 2004, he was elected an Honorary President. Throughout the years, he also organized lectures at Louvain-la-Neuve, Belgium; Australian National University in Canberra, Australia; Stanford University; Louisiana State University; and Cornell Law School. These lectures were held from 1979 with the latest one held this past summer in Cambridge, England and Doug attended each and every one of them.

In 2005, Doug was appointed an Honorary Member of Queens’ College, University of Cambridge, Cambridge, England.

In recognition of his outstanding contribution to the administration of justice, Doug was awarded the Society for Ontario Adjudicators and Regulators Medal in 2007.
An avid skier, Doug was a founding member of the Georgian Peaks Ski Club in 1960 and when not skiing, he loved to golf, play tennis and participate in diverse cultural and community activities. Since his retirement, he continued to be active in The Cambridge Lectures, golfing, exercising and most recently French lessons.
Predeceased by his wife, Barbara, in 2008, Doug is survived by his loving partner, Christina, his two sons, David and James, and his grandson, Christopher, along with many family members and friends. His indomitable spirit, his impressive wit, and his exceptional ability to find and do the right thing will be missed and long remembered.

In lieu of flowers, and for those who wish, donations may be made to the Heart and Stroke Foundation.