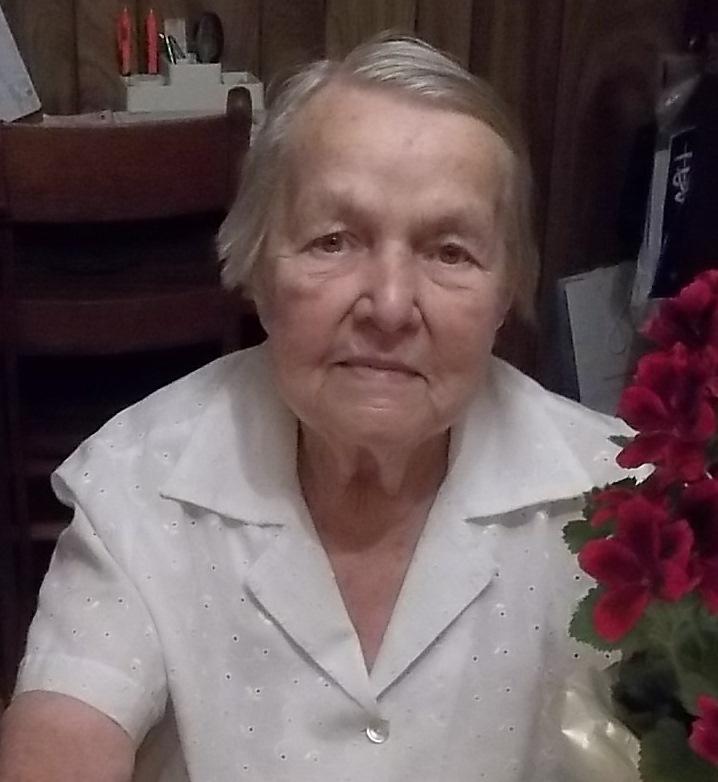 Helen Fediw was proud to become a Canadian citizen after coming to Canada from Germany in the early 1950s. She embraced her new home, but kept close ties with her family in Germany, visiting a number of times and hosting her siblings and their children. Eventually, one of her brothers and a sister came to Canada and she remained close to them. When she first arrived in Canada, she worked briefly at Mcgregor socks, working with salesmen to create new argyle sock colour combinations. Her sense of colour led to her create pink argyle patterns which, contrary to what the salesmen thought, became an instant hit. She met Nicholas Fediw and after their marriage, they moved into their own home in Parkdale, where Helen managed the household and a number of tenants until they moved into the suburbs in the early 1970s after their daughter finished grade school in Parkdale. Helen and Nick were married 60 years until his passing seven years ago.

In the winter Helen crocheted extensively, creating afghans, slippers, pillow covers, and so on. For her, window coverings were paramount and she sewed her own curtains and her daughter's, as well as sewing and mending clothes. Always busy, she was on the go from morning to late in the night when she would catch a few hours of sleep. She was an exceptional cook of German, Ukrainian, and Canadian meals. She loved animals, and made sure all stray cats were well feed along with any stray skunks, raccoons, and porcupines at the cottage. An avid gardener, she worked all spring and summer on her gardens at home and at the cottage.

But this summer she could not work in the garden. A weakening heart necessitated a number of visits to the hospital culminating in a five day stay in June which weakened her greatly, but helped stabilize her condition. After she came home she said, "I want to live a little bit longer." And with the help of caregivers and the opportunity to be at home, she rallied, and got better, enough so that she was up and about, tidying, watering plants, organizing anything and everything.

But it wasn't enough and the last few weeks she weakened, ate less and less and passed away at home in the morning on October 15 at the age of 98. She is survived by her baby brother Ewald, her daughter Karin and her many nephews and nieces in Canada, the USA, and Germany.

Her stay at home couldn't have been possible without the support of LHIN (formerly CCAC). Nola Jackson was sympathetic, understanding, and supportive and said she could get her all the help she needed. Dr. Varga was instrumental in setting up her homecare by stating exactly what she needed, making her homecoming easier and putting in place nursing care. The caregivers were patient, helpful, and ready to do what was needed. A special thanks to Ruth, who has been with Helen for over three years, coming in to see to her personal needs. Ruth adored Helen's strength and need to help--even when she really couldn't. A number of people were there to support the family. Thanks to Dinah Baronitis who was there for support and suggestions. Her understanding of the needs of ill and their families is priceless. Thanks to Edith Ferkulj and Marta Ostapowych who were there ever ready to offer help and listen to the concerns of the family. Thanks to Ted Rudyk, Lori Balzereit, and Ewald Balzereit who visited Helen in hospital some three years ago, and came regularly to the house to visit this year when she came back from the hospital.

To Helen, family was very important, and it made her happy to be at home with her family around her.