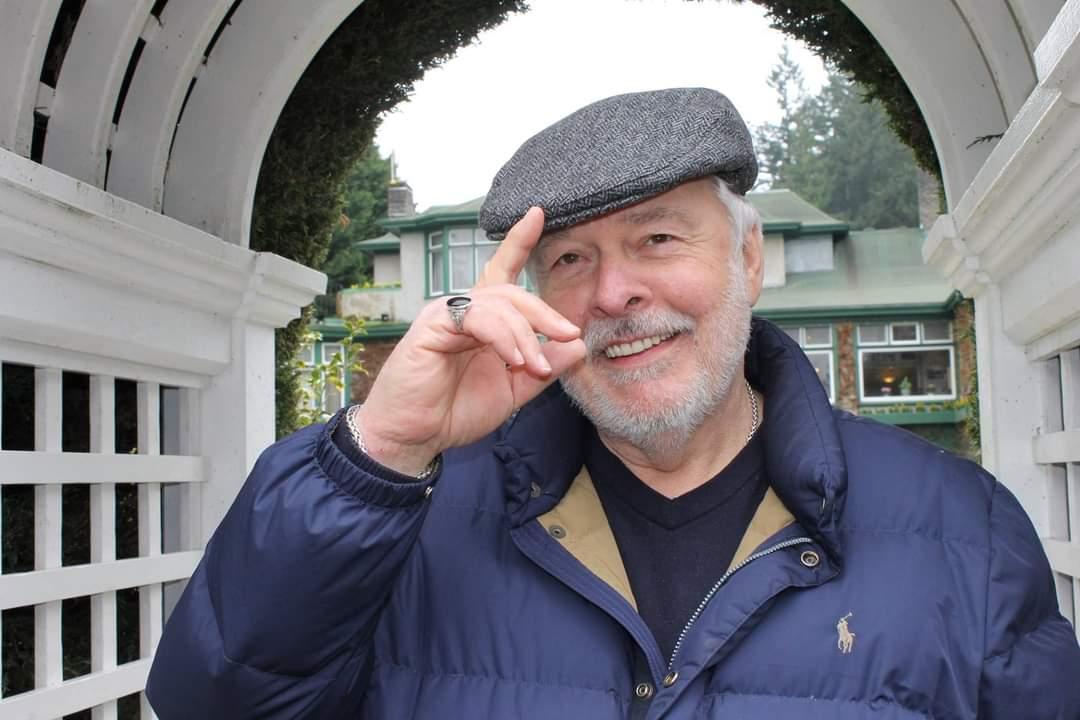 On November 12th, 2021, the world lost an incredible man. Guy was a loving father, grandfather, partner, brother, and good friend to many. He died peacefully in his home next to his companion Liz, due to liver cancer and complications from diabetes. He was 74.

Born in Portsmouth, U.K. in 1947 to Gertrude (Trudy) and Bertram (Del) Dadswell, Guy grew up in the post-war era. At the age of 14, Guy left school to start his ship-workers apprenticeship in Portsmouth Harbour. He would go on to work on many significant ships, including Nelson’s HMS Victory, and later became a marine engineer. It was a revered job that required both technical skill and a love of the sea. He had a vast and impressive knowledge of maritime and naval history.

As a Brother (or “Bruv”) he always cherished his big sister Barbara. He would often speak of how caring she was to him when they were younger. Though she was nine years older than him and had moved out of the house to become a nurse, she would come back from London often to visit him and celebrate birthdays and special events. Unfortunately, Barbara passed away in June of this year. Right up until her last day, Guy would speak on the phone with her each day to maintain their connection, reciprocating the kindness she showed him while growing up.

Guy met and married his first wife, Bernadette, in the UK and after spending 7 years traveling, working and enjoying life together, they had two children, James and Daniel. He took his sons to “Navy Days” each year where they would watch the ships in the harbour and enjoy fish and chips. In the early 1980’s, Guy emigrated to Canada and settled in Mississauga. Guy remained close with his mother Trudy, after his father’s passing. He brought his mother over to Canada every summer so she could spend time with her grandkids. He later relocated to Nova Scotia for work, which would always hold a special place in his heart, and met his second wife, Suzanne. Together they moved back to Ontario and had two children, Nicholas and Melissa. He took his family on many wonderful vacations, including Bermuda and visits to England.

Now based in Mississauga, ON, Guy became a well-respected recruiter of engineers from all over the world. A natural leader, Guy was truly a special person to work with. He had a strong work ethic, led by example, and always focused on keeping the morale high amongst his staff. Over his career, he would rise through the corporate ranks, and across several companies, to arrive at The Design Group Staffing Agency where he became Vice President of Operations for Eastern Canada. His larger-than-life personality and incredible storytelling skills combined with his hard work and kindness were all qualities that made his career a success. A former colleague recently recounted how one day at work she saw Guy staring out the window of his office and she asked what he was looking at. He replied “I am thinking about how beautiful life is.” Ever the optimist, this was the energy that Guy passed on to everyone who had the pleasure to meet and talk with him.

Guy is mourned by his loving partner, Liz Ditchburn, whom he adored and called affectionately “senorita”. For the last 12 years, they shared a love that many people can only hope for. From travelling the world, to wining and dining and cross-Canada road trips with their faithful dog Jacques, they built a fulfilling and happy life together. Liz cared greatly for Guy up until his final moments in this world and was holding his hand when he passed away peacefully at home. Liz has four beautiful children, Jennifer, Tannia, Robbie and Lisa who Guy loved immensely. They all cared deeply for Guy and spoke with such appreciation that these two found each other later in life.

Guy was a proud and loving father to his children James, Daniel, Nicholas, Melissa and their partners Erin, Yvonne and James. Despite being from two separate relationships, the siblings always consider themselves brothers and sister. As a grandfather he was generous and devoted to making time for his grandkids and attending as many sporting events as possible. Thankfully, he had many wonderful moments with his cherished grandkids, Oliver, Jocelyn, Tilia and Cedar.

To all who knew Guy Christian as a friend, he loved and cherished every relationship he had throughout his entire life. He lived in the moment, enjoyed the finer things, but more importantly sharing the finer things with all those around him. The world was a brighter place with his warmth and kindness. Whether it was a big bear hug, an always perfectly worded toast at the dinner table, a kind supportive message by mail or online, a pat on the back, a proper gripped handshake, that trademarked look before smiling, telling a proper Dad-joke, or words of encouragement at a business meeting, Guy always had something for the occasion to bring people together, bring a smile to your face and make you feel the best you possibly could.

Up to his last day, he praised the mantra of celebrating life, not mourning it. Guy believed in enjoying every moment we have on this earth. We encourage everyone reading this message to do just that, as that is what our family will always cherish about him. Here was one of his favourite quotes that he kept in the front room.

“The secret of health for both mind and body is not to mourn for the past, nor to worry about the future, but to live the present moment wisely and earnestly.” - Buddhist quote on Life and Death.

He will be missed by all those who had the opportunity to meet him and be in his wonderful presence. As per his request, his ashes will be spread in Portsmouth Harbour and there will not be a funeral.

In response to Guy’s passing, we would ask that in lieu of flowers and gifts that a memorial donation be made to one the following two charities:

(The family wishes this to be a private event.)
Get Directions
Info: As per Guy's request, there will not be a funeral. His ashes will be spread in Portsmouth Harbour by his children and grandchildren in early 2022. Please be sure to sign his Guest Book as we will read out the stories you've shared. Thank you.
Make a Donation
Help Extend the Memorial
Order a Keepsake Book