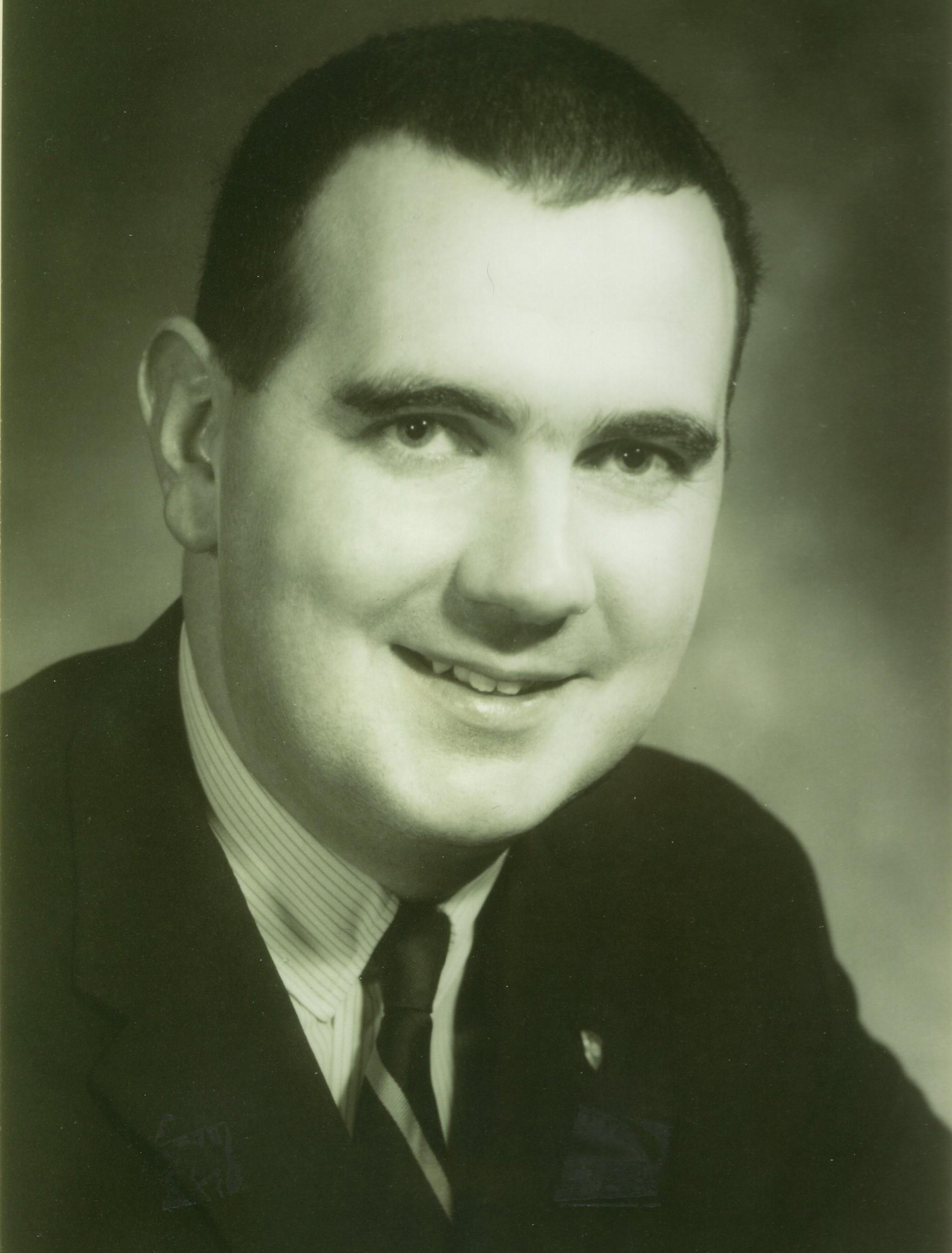 Passed away peacefully at the age of 83, at Humber Heights Retirement Home while listening to his favourite jazz music. He was born to Hilda and Samuel Jardine on January 11, 1939, in Toronto, Ontario. He had an older sister Edith (2009) and younger brother Al (Kathy). Predeceased by his high-school sweetheart and wife of 60 years, Margaret Jardine (2020), George leaves behind his daughters, Chris Sanders (Moe) and Louise Jardine (Kamal); his granddaughter Jennifer Harris-Lowe; and his great-grandson Vichea.
While the list of family is short, George had a long list of friends he kept in contact with over the years. Many relationships dating back to kindergarten at Pauline PS and Bloor Collegiate CI where he was a star quarterback leading his team to a TSSAA Bantam Champions in 1953. He also made life-long friends from his time as a Scout and Rover and many memories being at the Rover camp in Penetang.
He began working in a men’s clothing store selling suits. He then moved to a 45-year working career of a creative systems designer and manager who quickly progressed from clerk to senior management in large corporations and then to a freelancing management consultant. A natural planner and collaborator, he pioneered in the development of modular computer programming techniques and comprehensive computer applications that supported operational systems and management decision-making. He worked for Lipton’s, Lever Brothers and the Ontario Government.
George liked people and, as many will attest to – he loved to talk! And he could, and would, talk about anything with anyone at any time. He was interested in everything and if he wanted to know more he would ask. George was also a man of eclectic interests. These ranged over the years from having a basement full of tanks of tropical fish, to making his own violin, to writing and publishing two autobiographical books (Becoming Me – As I Think It Happened (2008) and My Working Life Tales (2013). He was even an
extra in 2 movies as a violin player (Death to Smoochy and Eloise at the Plaza)!
A life-long member of the Toronto Musicians Association, Music was particularly important to George. He was a drummer, violinist, and singer, and played in many different bands and orchestras, including 20 years with the York Symphony. He was a member of the Beaver Bible Class and played the drums in the long running Beaver Show. In his later years, he spent a good deal of time, effort, and personal expense, mentoring and promoting musicians. George said he got joy from seeing people he had helped over the years succeed. He organized concerts at Kingsway-Lambton Church and Windermere United Church that were enjoyed by many. In the last few years, he performed noon concerts where he sang, told stories, and read poetry.
In a summation of his life, George said in his first book: With the help of parents, siblings, family, and friends – and through the Grace of God and good fortune – I’ve enjoyed what most people would call, a "charmed existence".
Chris and Louise want to sincerely thank Humber Heights Retirement Home staff for the care and attention they gave their Dad over the past 4 months. Knowing he was being well looked after helped ease the worry of being far away. In addition, Chris would also like to thank Carrie, the Community Care Coordinator, for being such a good listener, and for her support in accessing community resources.
As per George’s wishes, cremation has taken place and a celebration of life will take place at a later date.