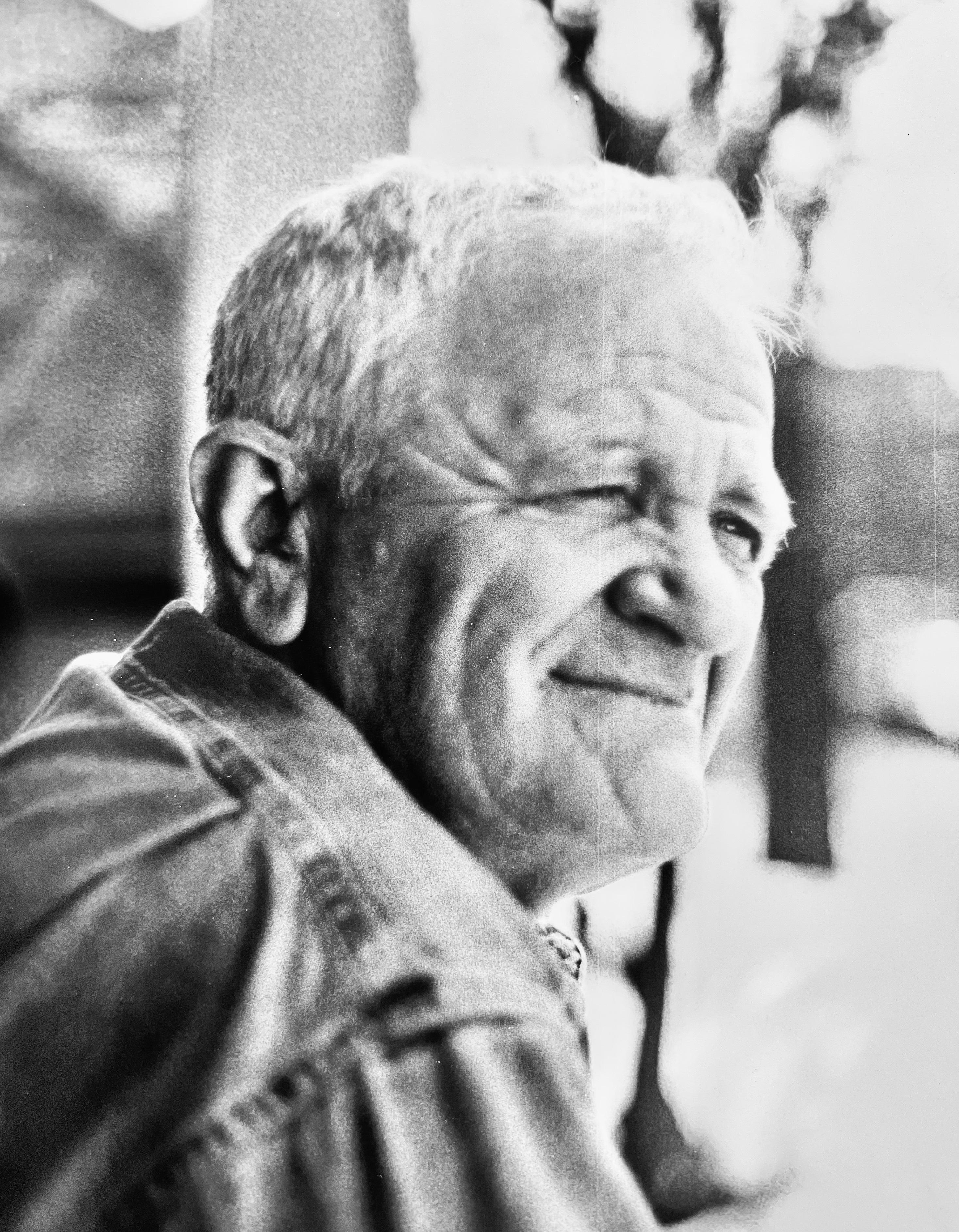 George was born in The Kingdom of Serbs Croats and Slovenes in 1935 to the parents of Marko (Prizen, Kosovo) and Marija Nikolic Kolja Nikolovski (Janjevo, Kosovo). He grew up in the city of Skopje, N.Macedonia and in the neighbourhood of Krivi Dol, where till this day his parents home still stands. George grew up in a family of 7 who were primarily farmers and bakers. George was fortunate enough to learn how to be a baker at his father’s bakery in Topaana, Skopje. Living around Skopje exposed George to many diverse cultures which enabled George to communicate in different languages. He was a born linguist and spoke fluent Albanian, Croatian, Macedonia, Serbian, Turkish, Slovenian, Italian, English and some Russian.

During his earlier years in Skopje, George had the unfortunate circumstance of losing his brother Angelo (1952) and Viktoria (1953) at a very young age and subsequently his mother Marija (1955) and father Marko (1964). During those years, George was a decorated Paratrooper in the Yugoslav army where he served 2 1/2 years as an active peacekeeper in Syria during the early 60s.

Due to the instabilities of living in Yugoslavia, George felt compelled to flee Skopje and ended up in Italy. He was held as a refugee for about two years near Trieste, at Risiera di San Sabba camp. In 1965, he was later relocated to Latina outside of Rome where he disembarked by boat to Pier21 in Halifax, Canada. George was finally reunited with his brother Victor in Toronto and this is where he began his way of life.

It wasn’t until 1966 that George decided to revisit Yugoslavia where he met and married his loving wife Lily.

George and Lily came back to Canada where they started their new life having both John and Mark. After several years, George and Lily attempted to move back to Zagreb in 1978 to be with his brother Nikola, but the opening of a Burek restaurant didn’t work out and in 1979, they moved back to Canada. In those remaining years, George worked in various bakeries and later worked in the roofing industry.

George’s wife, Lily, passed away in 1998 and shortly after he retired but was still actively helping his sons with their growing families. He was well known in the Albanian and Croatian community. His favourite pastime was to travel frequently to Croatia and he was an avid soccer fan.

The Nikolovski family would personally like to thank all our friends and family here in Toronto, USA, Croatia, N. Macedonia, Kosovo, Serbia, Turkey, Italy, and Sweden for all their kinds words and messages throughout this difficult time. Our Dad was wonderful man who will be missed by everyone who knew him. The world just isn’t the same without you in it.