The portion of Geoff Scott memorial that you are trying to access requires an extension in order to become active again. Would you like to contribute to the memorial?s extension? 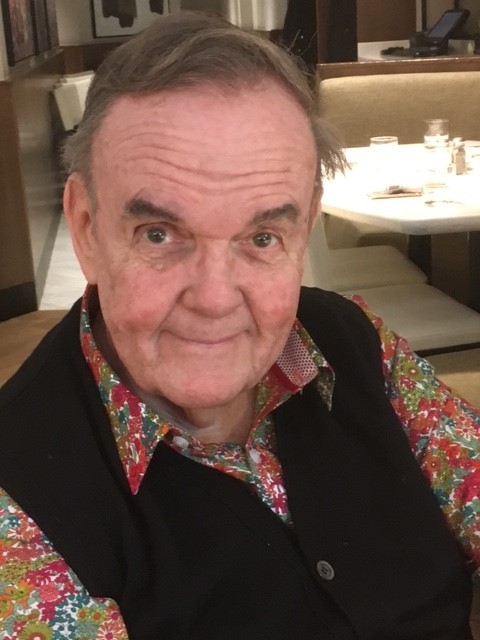 Geoff passed away on Thursday, August 5th in Mississauga Hospital after a short illness. He was predeceased by his brother, Ken and his parents, Douglas and Lillian. He is survived by his wife Janette, his son, Liam (Louise) (from Geoff’s first wife, Priscilla), his grandson Aidan and his sister-in-law, Helen and niece, Amy.

Born on March 2nd, 1938 in Ottawa, he attended Glebe Collegiate and Carleton University, studying journalism. While still in school, he worked with his best friend, Rich Little, performing comedy shows where they would do vocal impressions in the Ottawa area.

Geoff was a very successful and talented journalist. He started his own company, Geoff Scott Communications, in the 1970s and became the first journalist to report news from Ottawa and Parliament Hill particularizing it for other parts of the country. He later became President of the Parliamentary Press Gallery. He very much enjoyed his time spent with the team of journalists in the Press Club covering federal politics starting in the 1960s. He interviewed Prime Ministers of the day, including the Rt Hon Lester Pearson and the Rt Hon John Diefenbaker, leaders of the Opposition, and other Ottawa luminaries. He was a frequent presenter at “Beer and Skits” - a variety show put on annually by the Press Gallery in Ottawa. He was adept at playing the harmonica and a master of political impressions which he performed regularly with the National Press and Allied Workers’ Jazz Band. At one point he was asked to do his impression of the Rt. Hon. Lester Pearson at a formal dinner in Ottawa to honour Canada’s Nobel Prize winners. Afterward, Pearson came up to him and said: “Geoff, you sound more like me than I do!”

In 1978, he won a by-election in Hamilton Wentworth, and became the Conservative MP for Hamilton Wentworth for 15 years, winning elections in 1979, 1980, 1984, and 1988. He was, at the time, the first member of the Parliamentary Press Gallery to be elected as a federal MP. He was a dedicated Parliamentarian serving the interests of his constituents. He was unafraid to take positions contrary to those of his party when it was not consistent with his convictions. He, along with Svend Robinson and Beryl Gaffney, were famously expelled from China in 1992 for laying flowers for pro-democracy demonstrators. He retired from politics prior to the 1993 election (which proved to be good timing – Geoff always had good timing in life!)

After his political career, Geoff returned to journalism in Hamilton, and briefly had his own radio show at CHML radio. He also participated in political panel discussions on local Hamilton TV station CHCH, and wrote frequent articles for Beyond the Hill, the publication of the Canadian Association of Former Parliamentarians. He was a loyal member of that Association, and frequently visited Parliament Hill to see his old “stomping grounds.” He remained interested in politics and worked to support the campaigns of many politicians of different political stripes.

Geoff was a kind and loving husband, father and grandfather. He was larger than life and lived life to the fullest. Geoff loved people and travel. He chose journalism rather than performing as a humorist in order to seek out the “real” story. But he was also a prankster, as his fellow colleagues in Parliament would recall. A friend of Bill W., he was about to celebrate 28 years. Bon voyage, dear friend.

There will be a private funeral at Turner & Porter, Yorke Chapel, Toronto, Ontario on Wednesday, August 11, 2021 at 3:00 pm. Interment will be at Beechwood Cemetery in Ottawa, at a later date. For those who are unable to attend in person, the funeral service will be viewable at the following link:
https://www.youtube.com/watch?v=K6J5zTbnyeg 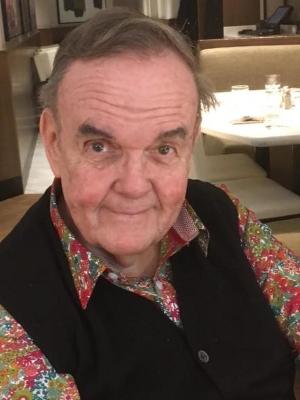