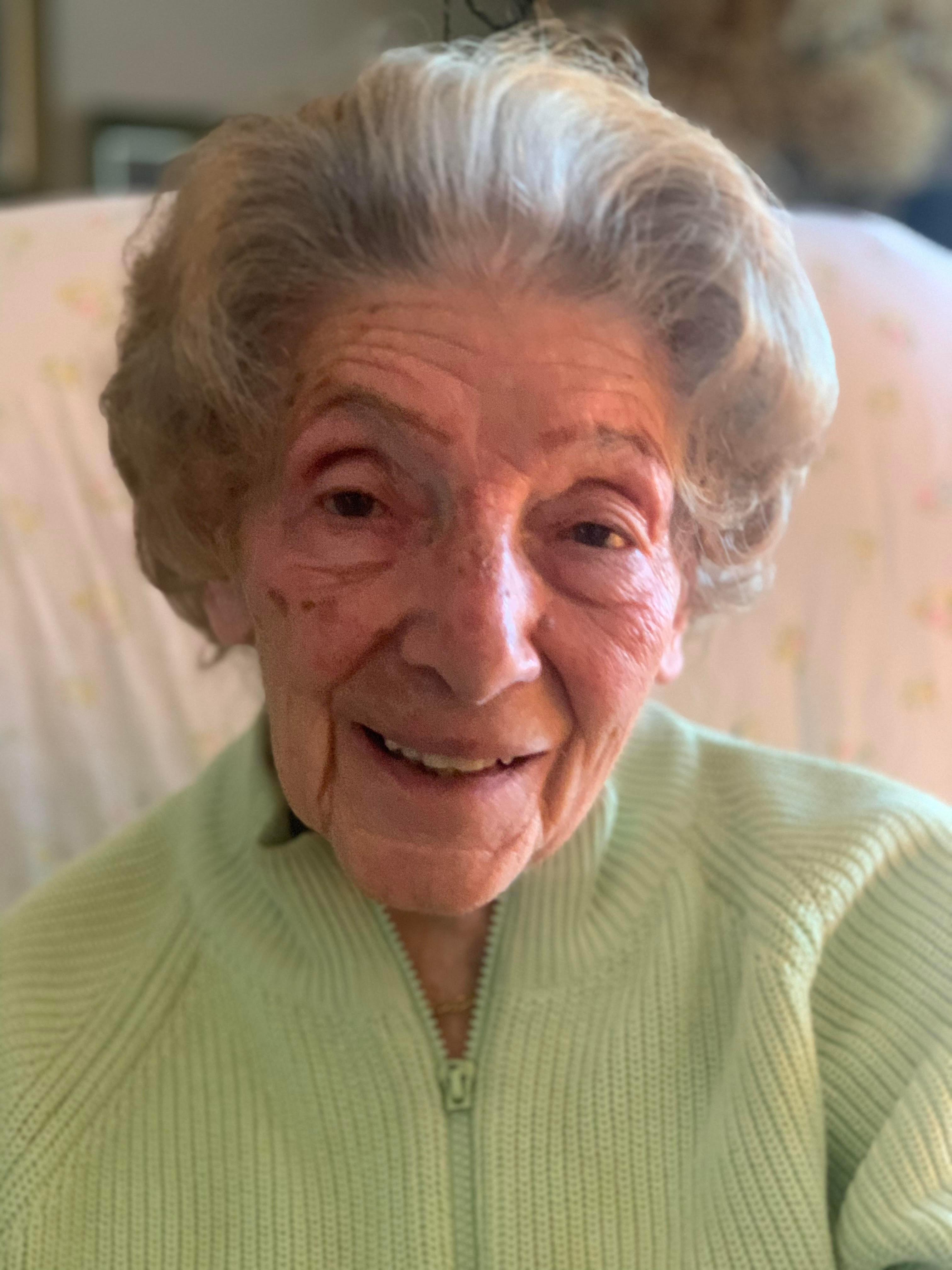 Genina Maria Sherwin (née Perfetti) peacefully departed on June 10, 2022 in Mississauga, Ont. in her 102 year of exceptional living. Genina, known as “Ninna” to her family, was born December 15, 1920 to Leucio and Rosina Perfetti, who had emigrated two months before from Italy, in downtown Toronto, Ont. where she lived much of her life and where she met and married her future husband, Gerald Sherwin, in 1943. She birthed four children, and loved one another for 66 years before Gerald’s passing in 2009.

Genina worked as a data processor for the Etobicoke Board of Education for decades. But she was an even more devout wife, mother, sister, aunt, grandmother, great-grandmother and follower of the Catholic faith, practising unwavering commitment to Jesus Christ throughout her entire life. Pope Francis bestowed an apostolic blessing upon her in celebration and commemoration of her 100th birthday in 2020.
Gerald, also known as “Ba”, and Ninna resided primarily in Mississauga, Ont. for the second half of their lives, but they cherished the winters spent together in Sunny Isles, Fla. in the company of family and friends amidst the warm southern sunshine. Regardless of which home they occupied, Genina often found herself cooking hearty Italian dishes, especially pasta, leaving her children and grandchildren splayed on her floor full of spaghetti and ravioli.

As Genina eternally rests, she leaves behind her four children Nadine (David), Allida Rubino (late Tony), Linda and Randall; her grandchildren Andrei (Meghan), Alanna (Nicholas), Allison (Greg) and Andrea (Scott); her great-grandchildren Rhys, Grayson, Leah, Mackenzie, Sophia, Emma, and Lucy; her sisters Irene Debono and Eva Walker and their families along with numerous nieces, nephews, cousins, and a multitude of extended family and friends all of whom share tremendous love for Ninna. She is predeceased by her parents, her sister Lillian Sherwin and her brothers Mario and Amelio Perfetti.

Visitation will take place Thursday, June 16, 2022 from 6-8pm in Toronto at Turner & Porter Yorke Chapel, 2357 Bloor St. West. A Mass of Christian Burial will be celebrated at 11am on Friday, June 17, 2022 at Our Lady of Sorrows, 3055 Bloor St. West, immediately followed by interment at Mount Hope Cemetery, 305 Erskine Ave.

In lieu of flowers, Genina’s family requests that donations be made in her name to St. Jude’s Hospital in the United States of which she was a tremendous supporter.