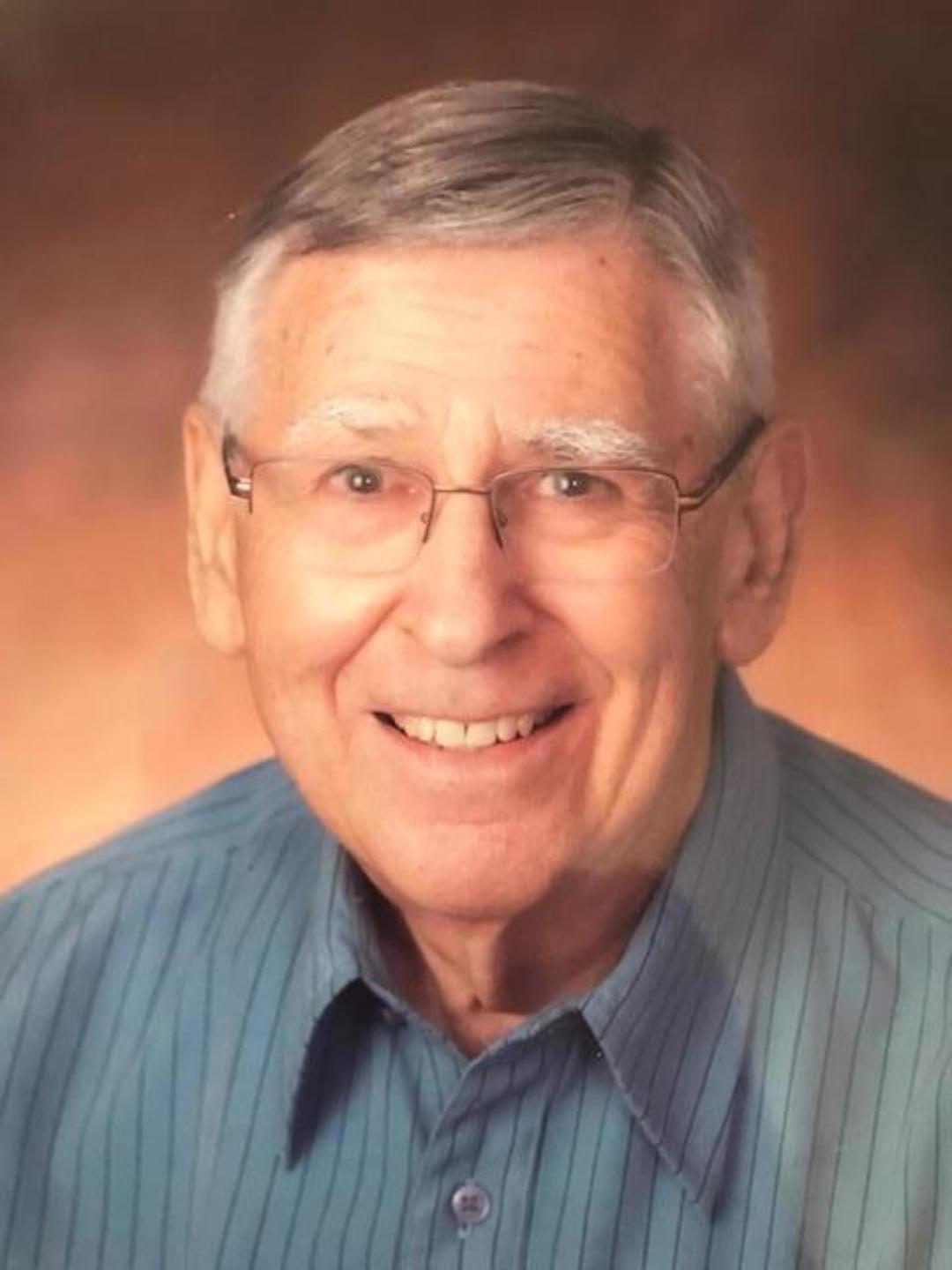 Gary William Barker passed away peacefully at Trillium Health Partners Hospital, Mississauga on Friday, September 2, 2022 at the age of 85.

Gary is survived by his wife Cathy (Delahunt) Barker (deceased September 3, 2022) his sister Doreen (Barker) Brown and many nieces and nephews.
Gary enjoyed working in his garden, reading and model trains. Gary always kept up with the latest news and current events around the world and often could be found reading. Gary was always willing to show his many nieces and nephews his “train room”. Gary’s remarkable “Train Room” displayed his intricately planned train tracks, meticulously painted buildings, strategically planned town, a farm, an airport and detailed landscaping. In essence Gary built his own empire – an impressive one at that.
Gary gave a lot of his time to volunteer work; he was a Big Brother and mentored 2 young lads in their early years. Gary received his 20-year volunteer service pin for his volunteer service at Trillium Health Partners. Gary transported patients within the hospital or at their discharge. Gary particularly enjoyed the camaraderie of the other volunteers at Trillium. Other volunteer activity included Meal on Wheels and assisting at Funerals at St. Ignatius Loyola Parish.

Beagles played a big part in Gary’s life, Sandy and Suzie were his pride and joy. Cathy also shared in the love of these wonderful docile family pets.

Gary was a long-time employee with Air Canada. One year after Gary’s 31 year career started in Chicago, he moved to Toronto. It was a given that as an employee of Air Canada one would get the travel bug – and Gary did. It was not unusual for Gary to make last minute plans during his work shift to see a play in London UK and be on the next flight to the UK. Gary travelled extensively during and after he married Cathy, a fellow Air Canada colleague.

Gary and Cathy married in 1984 at St. Joan of Arc Church in Toronto. They enjoyed 38 years of marriage, during this time they made wonderful memories travelling, volunteering, socializing with friends, and spending time with family.

Gary looked forward to his Sunday FaceTime calls with Doreen, a tradition that started when Covid came on the scene. Often the FaceTime chats had to be shared with a Blue Jays game. Gary was a devoted fan of the Blue Jays – he would have been elated about the Blue Jays shutout on September 2 against the Pirates.
Gary will be sorely missed.

The Funeral will take place at St. Ignatius Loyola Parish, 2300 Burnhamthorpe Rd., W., Mississauga on Wednesday, September 14, 2022 at 10:30 a.m. with an interment of cremated remains to follow at Glen Oaks Memorial Cemetery, Mississauga. A Livestream Link of the Funeral will be linked below beginning Tuesday. In lieu of flowers, donations can be made to Trillium Health Partners, ShareLife, Canadian Red Cross, Canadian Mental Association or a charity of your choice. Catherine and Gary gave generously to many charities.