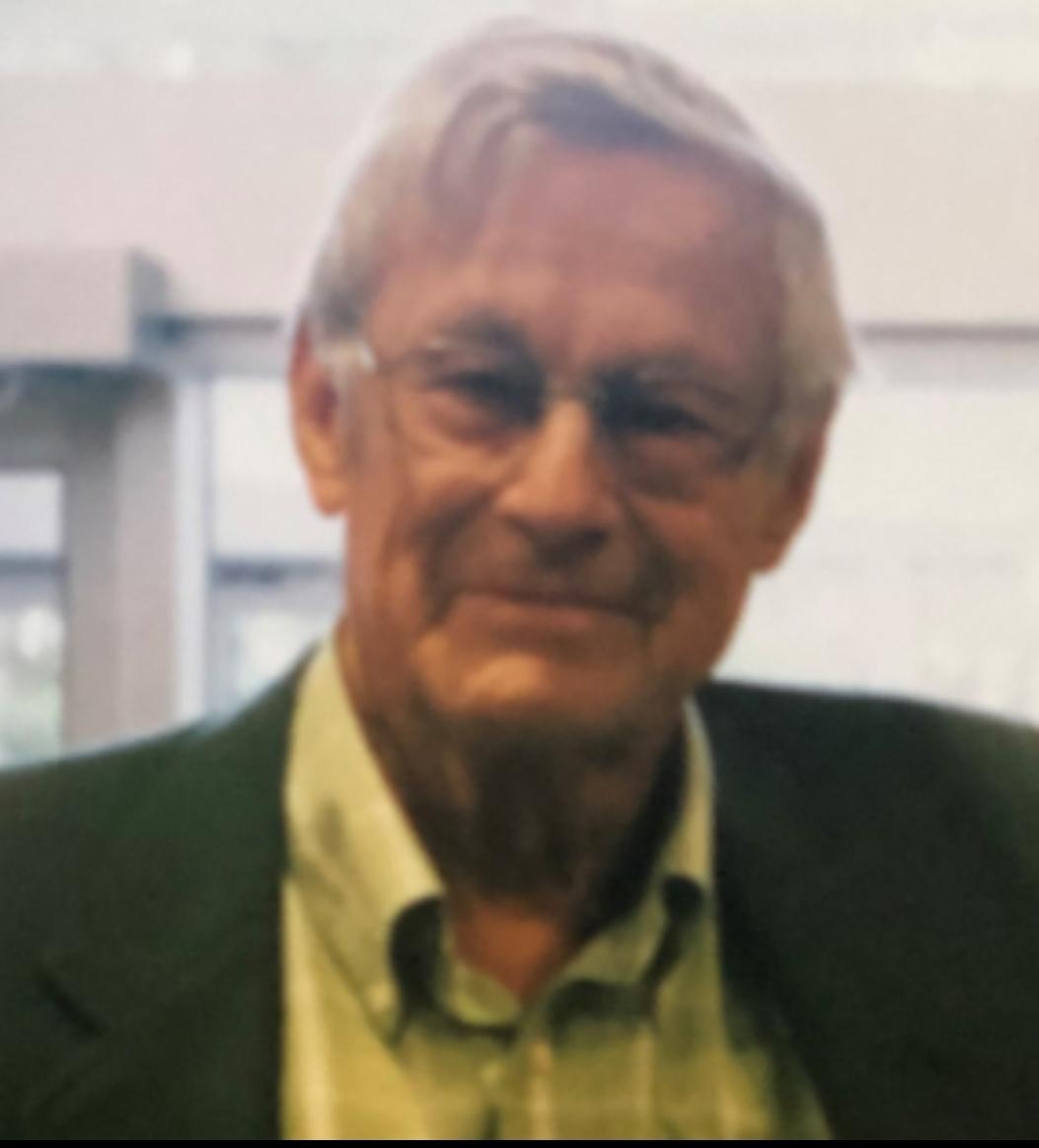 Gil will be forever loved and cherished by his wife Betty (nee Beattie) of nearly 60 years. Deeply loved by his three daughters Elaine (Duncan), Lisa (John) and Patricia (Nicolas). Adored by his six grandchildren Justin, Daniel, Alexandra, Christian, Julia, and Margaux. He will be sadly missed by his sister- in-law Carole and brother-in-law Connie, nieces, nephews, cousins, and long time friends.

Gil was a teacher and administrator with the Etobicoke Board of Education for 32 years. He was an accomplished artist meriting membership in several prestigious Canadian art societies, and the recipient of many awards. He was a major supporter and contributor to the visual arts community in his home city of Mississauga and across Ontario.

An avid sportsman, he enjoyed playing golf, table tennis, pickleball, baseball and badminton and was a loyal fan of the Toronto Argonauts “Go Argos Go”. Gil loved the outdoors and making family memories while hiking, camping, boating, and canoeing in Ontario. He loved his home and studio where he spent time creating his masterpieces.

Gil had a life very well-lived and will be sorrowfully missed by all. We are heartbroken but comforted by a lifetime of memories.

In lieu of flowers, donations to Visual Arts Mississauga at Riverwood (www.visualartsmississauga.com) would be appreciated by the family.

The Funeral service will be live streamed on Thursday, June 3, 2021, at 1pm (EDT). For those who wish to attend the service virtually, please visit: http://www.livememorialservices.com/Home/ServiceDetail/13691

Gil was born in Toronto, Ontario to Vic and Rene on September 26th, 1931. He had a memorable childhood growing up in Chelsey Ontario (his Father’s hometown) and at their family home on Jones Avenue in Toronto. He met Betty in 1958 at YMCA Camp Belwood where they were both camp counsellors. They later married in 1961. Gil and Betty went on to build a life together which lasted nearly 63 years. They had three daughters Elaine, Lisa and Patricia who gifted them with six grandkids Justin, Daniel, Alexandra, Christian, Julia, and Margaux. He was committed to his extended family including sister- in-law Carole and brother-in-law Connie, nieces, nephews, cousins, sons-in-law Duncan, John and Nicolas, and was loyal to his neighbors and longtime friends.

Gil was a graduate of Danforth Technical School in commercial arts (1951), Ontario College of Art (1955), Toronto Teacher’s College (1956) and earned himself a Bachelor of Arts from McMaster University (1967), a Bachelor of Education from the University of Toronto (1974), and a Master of Science in Education from Niagara University, USA (1980). He was committed to lifelong learning be it higher education or taking language, flying, and boating courses.

Following his retirement from the Etobicoke Board of Education, after 32 years as an educator and administrator, Gil spent his time pursuing his lifetime passion for art. He was a watercolourist who over the years developed his own creative style, both in painting and printmaking, that presented how he saw the world around him. Gil was an active supporter and promoter of visual arts in his home city of Mississauga and across Ontario. He was an accomplished and recognized artist which merited membership in several prestigious Canadian art societies including Ontario Society of Artists, Society of Canadian Artists, Royal Canadian Academy, Canadian Society of Painters in Watercolour, Colour and Form Society, Toronto Watercolour Society. His work has been exhibited locally, nationally, and internationally (France/Canada Exchange Exhibit, Spain, Mexico travelling show) and made its way into several publications including Reader’s Digest, Policy Options, North Light Magazine, USA. In 2001, Gil was honoured with Mississauga’s Established Visual Artist of the Year Award. And, in 2005, he was inducted into McMaster University’s Alumni Gallery and admitted to the Government of Ontario’s Permanent art collection. Publications Expressions: A Brush with Colour and From Rustic to Region were accomplishments he was proud of.

Gil was an avid sportsman, who enjoyed playing golf, table tennis, pickleball, slo-pitch baseball and badminton and was a loyal fan of the Toronto Argonauts. He spent many years coaching children in softball and badminton, including his daughters. He was a longtime member of the Cawthra Seniors Centre and competed (and often won) in the cycling and walking events at the Mississauga Senior Games.

He was musically talented and enjoyed playing the piano, saxophone, and guitar.

Gil loved the outdoors and making family memories with Betty and his daughters whilst hiking, camping, boating, and canoeing in Ontario. Some of his favorite places were Port Elgin, Earl Rowe, Bass Lake, Balsam Lake, Lake Couchiching, Lake Simcoe and Algonquin Park.

Gil was fascinated by aviation and his love of travel took him and Betty to spots like the United Kingdom, Morocco, Portugal, Spain, France, Italy, Cuba, and several Caribbean islands. Family vacations to South Carolina and spending time in Panama City with their “snowbird” friends were memorable moments.

Since 2016, a pen and paper were close by his side as he wrote his own Memoir titled “Reflections” which takes its reader on a journey over the hills and valleys of his lifetime.

Gil lived a full and great life. His legacy of artwork will be enjoyed for generations to come!

He will be greatly missed by all who knew and loved him, especially his family.

We invite you to watch a photo tribute to Gil by visiting: https://drive.google.com/file/d/1QgTQ9fEdnjQRAC7JV2oPtE0aiIUv3UiJ/view?usp=sharing