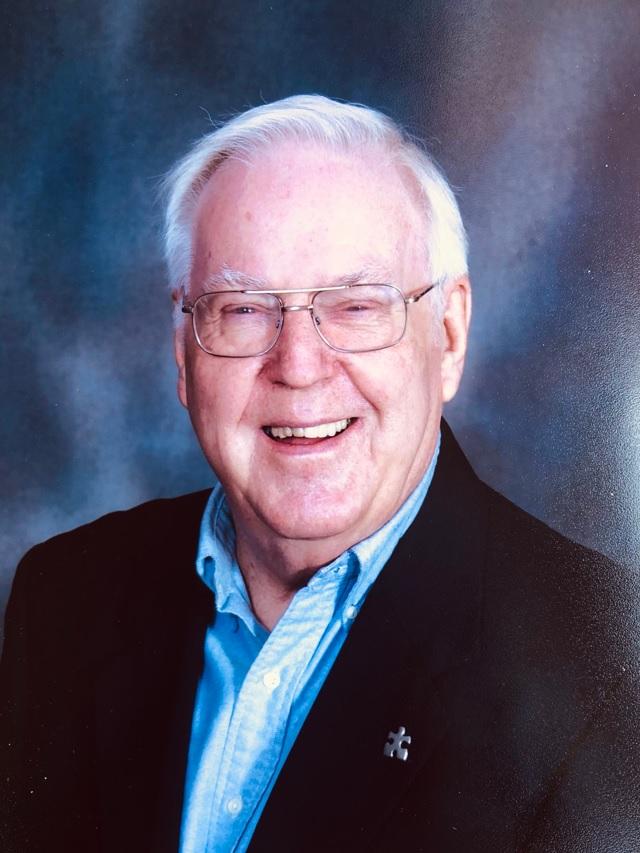 It is with great sadness that we announce the passing of Fredrick Thornton White (affectionally known as Ted, F.T., Dad, Grampa, and Uncle Ted to his many friends, business colleagues and large extended family) on Saturday, August 28th, 2021. He died peacefully at home, surrounded by his loving family.

Ted is survived by Shirley, his wife of 64 years, and sister Maureen McFarlane. He also leaves behind his children, Scott (Brenda), Steve (Linda), Sue Gavarkovs (Greg), Rob (Barb) and Mike (Eva). Ted was adored by his thirteen grandchildren, Kristin (Dylan), Carson, Kelly, Christie (Kyle), Loren (Ryan), Jason, Adam (Naomi), Rob, Will, Bill, Rachel, Hannah (Dan), Nyla and numerous nieces and nephews. We are heartbroken to lose the patriarch of our family. He will be greatly missed but always remembered.

Ted was born and educated in Toronto, attending Humberside Collegiate and earning BASc and MBA degrees from the University of Toronto. Ted and Shirley were high school sweethearts, married in 1957, with five kids before they were thirty. He had a very successful career as a salesman, sales and marketing manager and senior executive for companies including IBM, AGT Data, Keydata, Amdahl and Trilogy Systems. He ended his career as a Partner at Ventures West Management, and served as a director for over thirty private and public technology companies.

Ted’s hobbies and interests included golf, at which he was never very good, and Canadian Art, of which he became an expert as a patron and collector. He was a life-long learner, with an inquisitive mind, and even authored several self-published books on a variety of topics. He actively supported many charitable organizations including Social Venture Partners, Out of the Cold and the Dorothy Lay Hospice.

But of all his many accomplishments, F.T. was most proud of his extended family and took an active interest and role in the lives of his children, son and daughters-in-law, grandchildren, nephews, nieces and in-laws. We enjoyed summers in Muskoka for over fifty years at various ever-larger cottage properties to accommodate our growing extended family. Ted and Shirley made many friends living in The Kingsway area of Toronto for over fifty years, with winters in Florida for many of those as well. A two-year adventure to California in the early 1980s, where Ted was hired as President of a Silicon Valley start-up, provided some great memories for us all. Special family trips to Disney World, Chicago and other destinations with all the kids and grandkids, and father/son trips to Las Vegas, New Orleans, Nashville/Memphis and Scotland will forever be remembered.

We would like to express our gratitude to the amazing staff at Tapestry at Village Gate West and the outstanding care of Susan Gallagher and the Wellness team. A private service will be held for the immediate family, and a larger celebration of Ted’s extraordinary life will take place at a future date. In lieu of flowers, a donation could be made in Ted’s memory to KEYS, one of his favourite charitable organizations. (www.westtorontokeys.com)