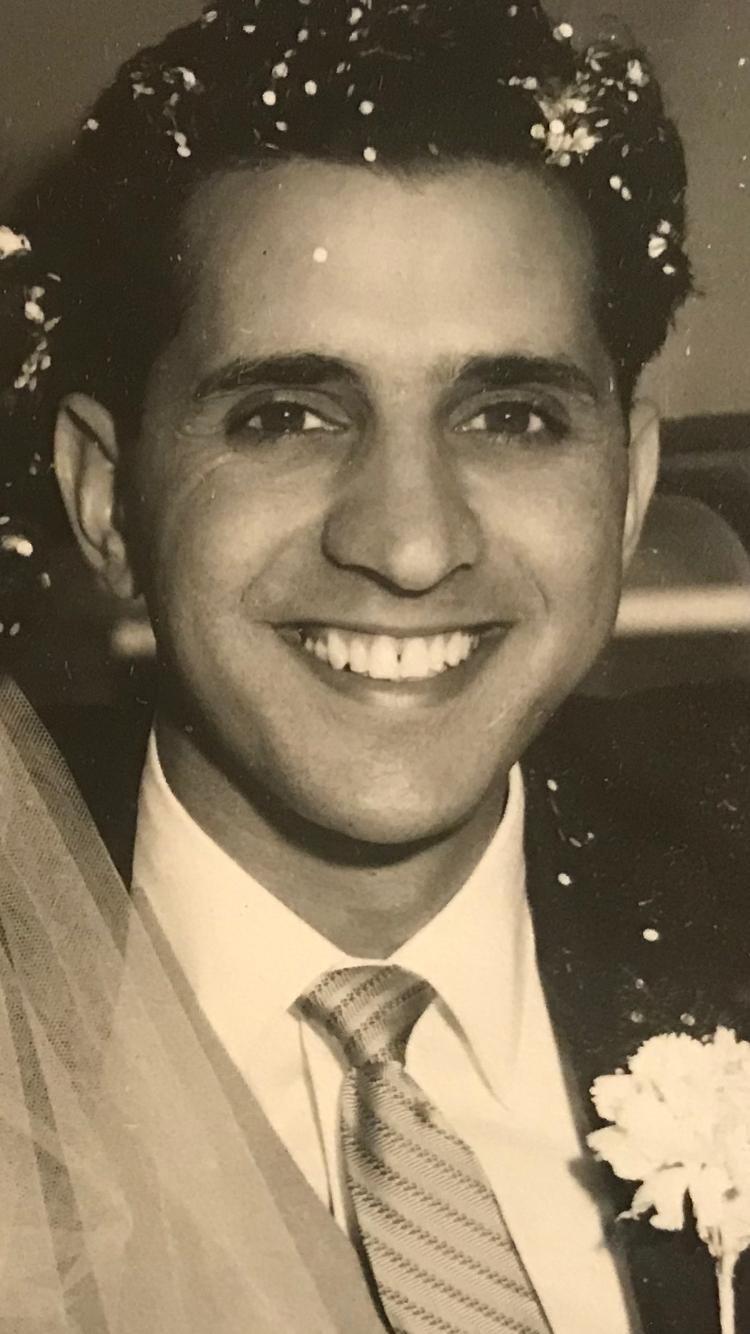 Frank was the youngest of seven children, born to Bruno and Catherine Marando in Toronto. The Marando family moved to Port Credit in the mid 1930s. Frank has spent his life in Port Credit, since seven years of age, save a few years in his early married life. Along with dedicated neighbours, Frank belonged to the neighbourhood Rate Payers Association. He went to the original Port Credit Secondary School, attending current PCSS Reunions.

He has been an integral, active, dedicated member of St. Mary Star Of The Sea Catholic Church, as Lector, Eucharistic Minister, Usher, member of the Knights Of Columbus and the Christian Family Movement(with Joan). Frank was also an avid organizer of numerous church New Year’s Eve Dances. With great pride, Frank was sometimes known as “Father Frank” , as at most functions, Frank was asked to say the grace-before-meals prayer, which he would deliver from the heart and soul.

Frank has devoted himself to the many passions in his life: first and foremost, his family - a very proud and hands-on father, husband, grandfather, brother, uncle; he was the most ardent and supportive fan and loudest cheerleader at all of his family’s activities, hobbies and events.

Over his thirty-three year career as a proud and dedicated employee with Air Canada, he took on an active organizing role on many executive committees, including ACRA, AC Pionairs, Friends of Front Street (FOFS), planning children’s Christmas parties, family picnics, golf tournaments and more. His active dedication continued well into his retirement and even to the present time.

Frank was a natural at golf; his engagement in his favourite sport began when he was 12 years old, working as a caddy and club house server at the Mississauga Golf And Country Club. He was an excellent player, who at one time would consistently shoot in the high 60s and low 70s. Even in his later years, he would break 100 on a regular basis, as a 20 year member of the Mississauga Senior’s Golfers Association. Along with the game, in the last few years, Frank appreciated the meals, euchre games and camaraderie as much as the game itself. His beautiful, classic swing has obviously stood the test of time.

Always up for a fun challenge, Frank filled in as a fourth player for Bridge when the ladies needed one, he’d even dress the part! This great man was not afraid to try so many things, he ice skated into his seventies, taking his grandkids to skating lessons, and casual exercise at PC Arena, as well as conquered the Rideau Canal for many years during their Winterlude Festivals in Ottawa. Frank heroically took on camping trips with the family, both tenting and camper, again up into his seventies. He was a family man, affectionate with our family dogs. Dad enjoyed family movie nights, take-out dinners, watching all sports games on tv and numerous episodes of Three’s Company, Hawaii Five-O and CSI.

Frank has been the most devoted and loving husband of Joan. He religiously accompanied Joan on her long and painfully sad journey with Alzheimer’s, being her personal care giver, even when she was living in the nursing home. Frank drove, spent all day with Mom, feeding her lunch and dinner, connecting and building everlasting relationships with the caring staff and other spouses and care givers to their loved ones. Gathering in “Freddie’s Corner” at Cawthra Gardens was the lifeline to Frank, making many new friends and acquaintances till the very end.

He’s a rock and an inspiration, rising to meet any challenge that life has thrown at him, cherishing his independence to the very end.