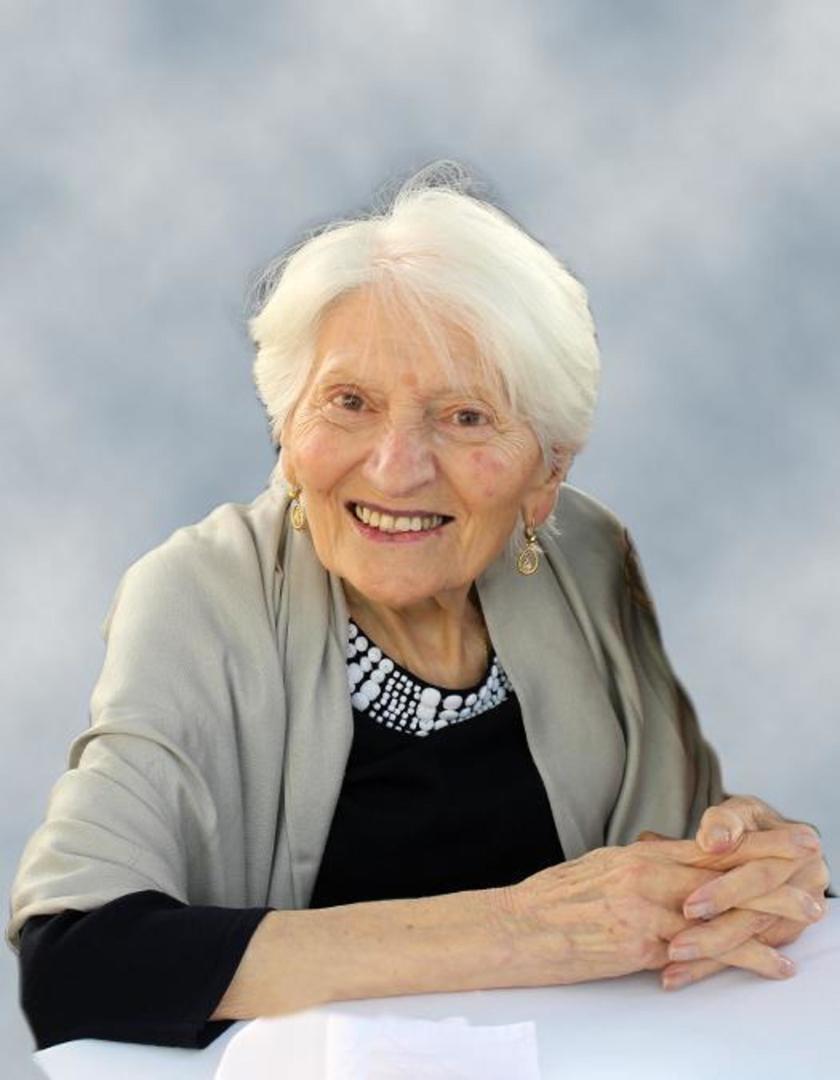 Six months to the day of the passing of her beloved son, Antonio, our gentle Francesca, apparently deciding it was time to join him and her husband Vincenzo, exhaled her final breath and departed this mortal coil. It had not been an easy life, but the infectious smile and pure joy she took in being surrounded by her family will be deeply missed and never forgotten.

Born September 12, 1931 in Sora, Italy, in the province of Frosinone, to Vincenzo Cianfarani and Restituta La Posta, Francesca was a quiet, shy child – due in part perhaps to being the youngest of seven siblings (1 brother and 5 sisters) – and the experience of being a youth in wartime Italy left its mark on her.

She first met her future husband, the dashing Vincenzo Accettola in her late teens but it wasn’t until she was 24 that they began dating. Proving that opposites attract, the handsome, outgoing and confident Vincenzo was obviously quite taken with the demure and more cautious Francesca, and he willingly suffered the convention of the time that prevented them from marrying until each of her older sisters were wed. It took four long years but Amor Vincit Omnia, and on April 30, 1958, Francesca Cianfarani became Francesca Accettola.

There were challenges from the start, but following the tragic stillbirth of their first child, Stefano, in 1961 they were blessed with the birth of a beautiful daughter, Maria. They were happy. By 1964 however, Vincenzo realized that better opportunity awaited them in burgeoning Canada and prepared to go ahead to find work and then bring his young family over to join him. Having none of this, Francesca – eight months pregnant at the time with their second daughter, Guiseppina (Josie) - forbid him to leave without her and so together the young family left Italy behind for their new life.

As for so many immigrant families, the early years were lean but happy. After first being taken in by Francesca’s sister (Gina) and her family living off St. Clair Avenue in Toronto, the Accettola family eventually moved to North York to purchase a home on Artech Court where both Attilia (1968) and Antonio (1972) were born.

The years that followed had their joys and sorrows and no small amount of challenges for the family. Through it all however, Francesca’s love of her husband and family was a constant, her warmth and kind heart making the home a welcoming place for family, friends and neighbours, and the eventual spouses of each of her four children.

The passing of Vincenzo in 1991 launched yet another phase of Francesca’s life, one with its fair share of health challenges. Yet her light never diminished, her smile rarely wavered, and the pure unadulterated joy she took in her grandchildren Julia and Michael (Mary and Frank), Helena and Olivia (Josie and Mark), Sienna (Atti and Joe), and Vincenzo and Spencer (Antonio and Karin) was magical to witness. It was a full life.

In her later years, as increasing health challenges took their toll, the lessons of selfless love that she had imparted to her children resulted in her continuing to be surrounded by her family as they took on the role of fulltime caregivers. Even thus diminished however, her smile and good nature stayed true and her playful sense of fun allowed her to craft a new persona – or more accurately, personas. An annual family costume party became a tradition and competition in part to see who could come up with the best idea for mom – usually taking advantage of her still gloriously full shock of white hair to portray (among others) Albert Einstein, Andy Warhol, Colonel Sanders, Karl Lagerfeld, and even St. Francis of Assisi.

While we will miss this too, we are comforted that following a life of devotion to her faith, we can picture her arriving in heaven, St. Peter peering over his podium to welcome her, and mom beaming up at him with her beatific smile, ready to be reunited with those loved ones who have gone before.

Rest in Peace, Mom. Give Tony and Dad a hug for us. We will miss you.

Due to the restrictions surrounding Covid-19, visitation and funeral mass will be private. In lieu of flowers, donations in Francesca's memory can be made to Sickkids Foundation or Wellspring Birmingham Gilgan House by clicking the Donations button above.

Please copy the below address into a new window of your browser to view a live stream of the Funeral Mass on Wednesday, April 21, 2021 at 11 am