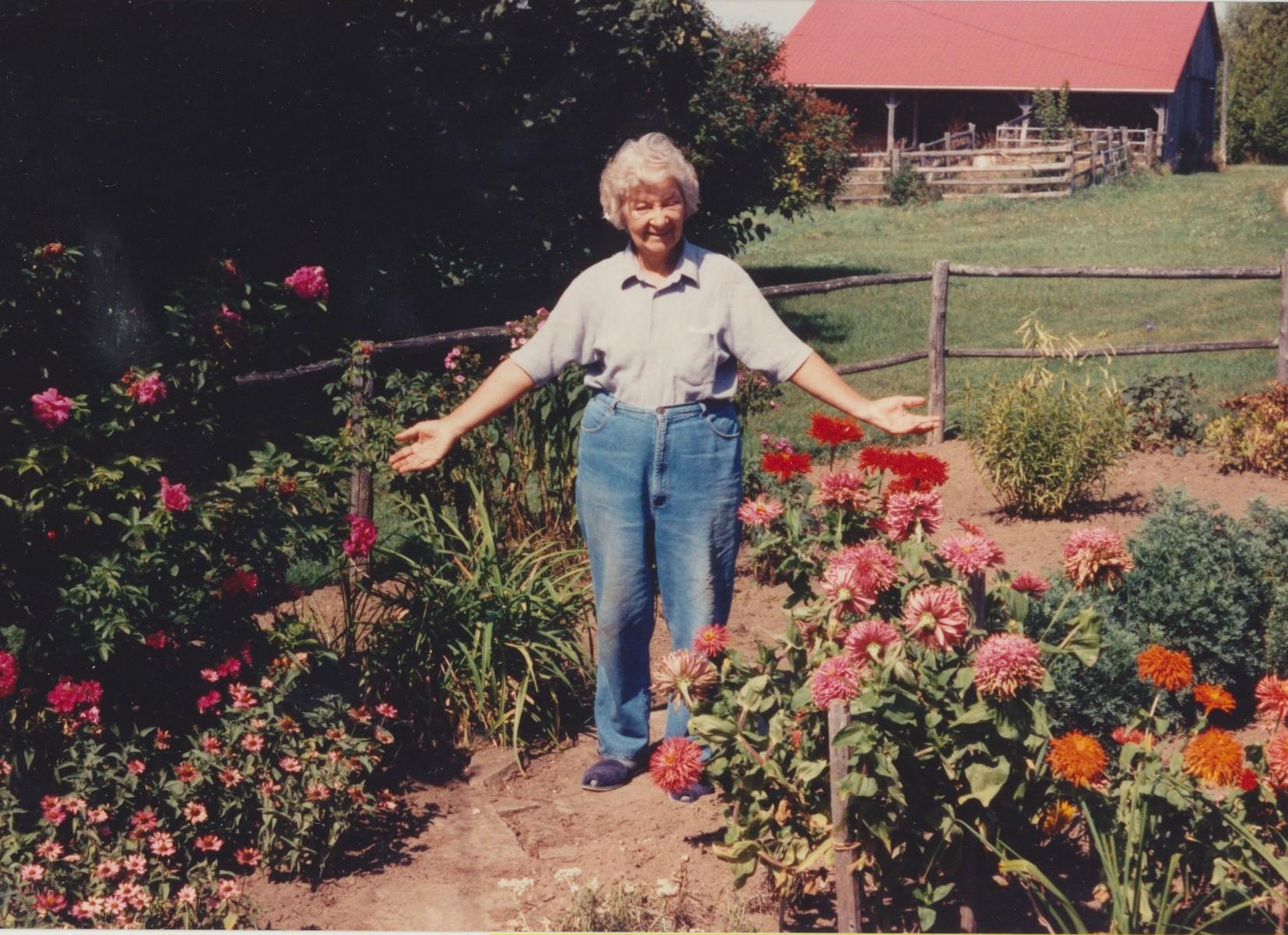 She has become a shining star, watching over us still on earth.
In deep sorrow, family, friends and neighbours mourn the passing of Frances Anastasia Bellis on November 18, 2022. Born in Brooklyn, New York City, on July13, 1918, she was the eldest child of Lithuanian immigrants. With the liberation of Lithuania from the Russian Empire, after World War One, the Gaizauskas family returned to their Homeland. A second daughter, Elena (Helen) had been born in New York and a third, Maryte (Mar) in Lithuania.
Frances’ father, a master tailor established a business in Taurage, where he trained apprentices in his craft. Soon, however, political differences arose in Lithuania, making life difficult for the liberal principles of her father, Pranas (Frank) Gaizauskas, who preceded the departure of his wife, Anastasia, and three daughters. This time the family came to Canada settling in 1929 in Toronto. Here the tailoring business was re-established, this time with the participation of Frances, then just a teenager.
In Toronto, Frances attended Charles D. Fraser Junior Public School and then Central Technical Schools. Her focus on tailoring and fabric continued throughout her life, holding several positions in the trade until her retirement. Memorable for Frances was the time at Tip Top Tailors during World War Two when government funding for the war effort made childcare possible for Frances, while she worked on uniforms for Canadian soldiers. A second memorable period was her work in the fabrics division of the newly founded Simpsons’ store in Etobicoke. Not only did she sell fabrics, but advised customers on their selections and practice of sewing particular fabrics.
As a young woman, France kept herself busy participating in such varied activities as track and field, theatricals, and singing. As a member of the Lithuanian Church choir, she met and married her husband, Jouzas (Joseph) Bellis. His family name had been changed from Belickas to Bellis to avert the bias against Eastern Europeans, rampant in the 1920’s and especially 1930’s. This bias would change only after World War Two, when more new
Canadians arrived from Eastern Europe, once again to escape the clutches of the Russian Soviet Union.
In the meantime, Frances’ two eldest daughters, Joan and Marilyn, were born in 1938 and 1941 respectively. Still living with her in-laws, Frances aimed for a home of her own. Because of wartime, house building was difficult owing to a shortage of workers, many men being at the front. To move things along, her husband went to work at the Milton Brickworks helping to produce the bricks required for construction. By September 1945, Frances was able to joyfully move into her new home in Etobicoke which she continued to occupy for 75 years. Shortly thereafter, a third daughter Constance (Connie) was born in 1951.
Busy enough with her tailoring work and three children, she nevertheless found time to help the local Girl Guides. She taught and tested the young girls in their quest for badges, badges for what else? In sewing!
Frances also enjoyed travelling. Upon retirement and while her daughters were busy establishing their own paths in life, Frances began to see the world. A tour of Great Britain with her husband was a highlight. After he passed away in 1981, she travelled with her mother and sister Helen. There were many visits to Mexico. She also visited Germany to meet her youngest daughter’s Krille in-laws. Another memorable holiday was Frances’ visit to Lithuania, once again after 1990, liberated from the Russians. Frances once again, with eldest daughter, journeyed from Vilnius to Taurage, as well as, to other historical monuments. In Taurage, she met long lost relatives, visited ancestral graves, and made new friends in Vilnius.
In the late 1980’s and 1990’s, Frances spent some of her happiest holidays at her eldest daughter’s home, a farm near the village of Queensborough in Hastings County. She had always enjoyed gardening but was limited in scope back in her home in Etobicoke. The farm, however, allowed for two large vegetable gardens and a circular flower garden, where she spent much of her time helping to plant, tend and harvest enough vegetables to feed the entire family back in Toronto! Always guarded, while alone, at the farm, by her companion “Alfie”, a friendly German Shepherd. An unexpected feature of her farm visits was the small Aberdeen Angus herd, whose frolicking romping on the hilly grassland amused her. Hayrides and swimming in the nearby Black River were another bonus activity, especially on her July 13th birthday when the entire family gathered and feasted in her honour. As her husband once said, being at the farm was like “Paradise”.
By the 1990’s however, Frances was already predeceased by her husband, her younger sisters, and many old friends. She is survived by her youngest sibling, Vytautas (Vic) Gaizauskas, of Ottawa, a retired scientist in the Government of Canada. She also leaves her three daughters eldest Joan Vastokas, retired professor of Anthropology, Homemaker Marilyn Moortgat, and retired elementary school teacher, Constance Krille, the youngest. Her grandchildren will also miss their “Nana”, eldest Paula Huber and Erik Moortgat, Kevin and Marc Krille. Also, her great grandchildren, Carsten, Justin, Jeremy and Emily- all Krille’s, and Zackery Huber, son of Paula Moortgat-Huber.
Frances Bellis was the light of all our lives, generous, always cheerful, a smile for everyone including the nurses at her last residence, Labdara Lithuanian Nursing Home. We trust that her star will shine forever in all their hearts and in heaven, a place she called upon in her last few days when, in spite of laboured breath and the inability to speak clearly, she called upon her own “Mama” and for “Dieve Tevas”, Lithuanian for God the Father.
Su Dieve, Mamyte