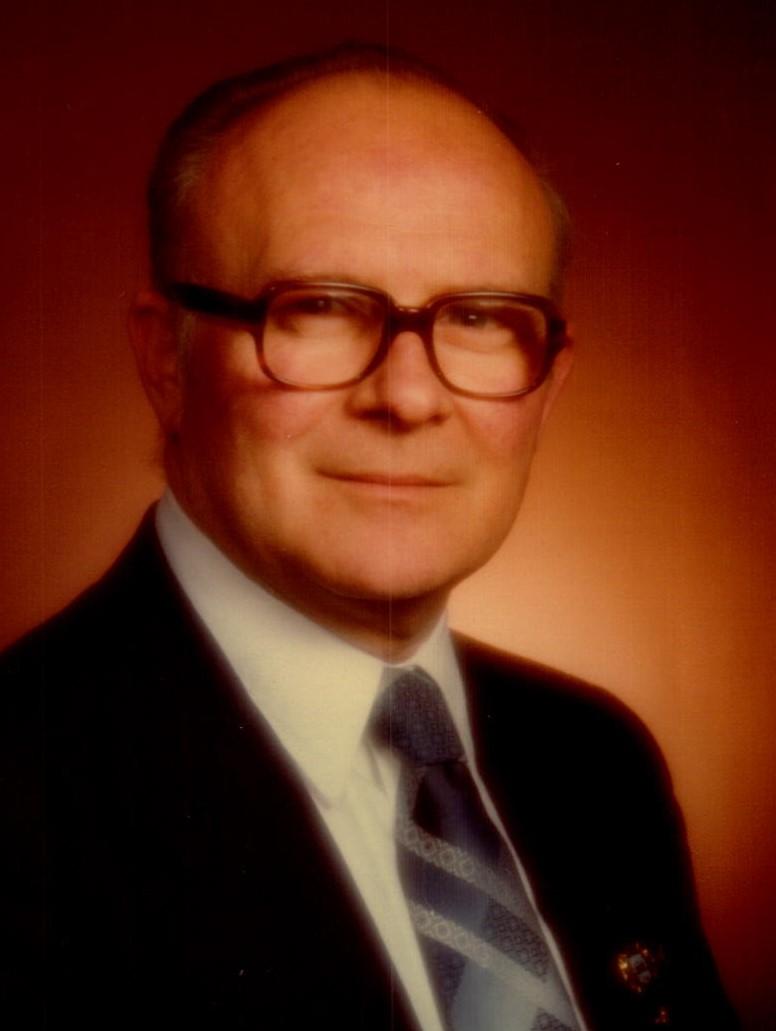 Passed away unexpectedly on July 7th, in his 94th year. Devoted husband to Susanna (Susie, deceased), loving father to Karen and husband Joe, proud and loving Opa to granddaughter Charlotte, grandson Joseph and grandson-in-law James. He was Uropa to Lochlan and lieber Onkel to niece Erika, her husband Gerhard and children Monika and Juergen of Germany. With his passing, Ferdinand (Freddy) leaves a hole in our hearts and lives.

Born in Apatin, Serbia, the youngest son of Johann and Julianna, Ferdinand grew up on the Danube River, spending his summers helping with the family barge business and winters with a close group of classmates who remained his good friends their entire lives.

Drafted into the German Army, he was wounded and captured by the Russians outside Budapest and spent three years in a POW camp in the Caucasus Mountains. After his release, it took several tries before he was reunited with his parents in a refugee camp in Austria, where he met and then married Susanna.

Two years after their marriage, they were accepted as refugees by the Canadian Government. They travelled to Canada and upon arrival, worked as a housekeeping couple and picking tobacco to repay the cost of their passage.

Their second placement was with the Burton family, owners of the Robert J. Simpson Co. Through Mr. Burton, Ferdinand was employed in the dry-cleaning department, which he eventually headed up before his retirement. It was during this time that he met Kenneth Thomson with whom he developed a close personal relationship, often sharing a morning coffee together.

Ferdinand and Susanna had a lively social life. They were actively involved in the Vereinigung der Donauschwaben (Association of the Danube Swabians) in Toronto almost from its inception, with Ferdinand serving as Secretary and President of the steering committee. Their involvement in Toronto led them to become active in the national organization as well (Verband der Donauschwaben), where he served as Secretary General for many years. Their roles in these organizations had them travelling across Ontario, with many trips to the Central United States and Sindelfingen, Germany, as well. The many friends they made or reencountered on their travels were highly valued by both of them.

Ferdinand also enjoyed travelling around Europe with Susanna. They had family in Rheinland-Pfalz and Bavaria, and spent many happy days with them.

However, Ferdinand’s favourite times were always those spent with his immediate family. He particularly loved time with his grandchildren, spending many weekends taking them to German school, followed by a cozy lunch together.

He was a caring, outgoing person, who always had a kind word or amusing observation to share.

The family would like to extend their heartfelt thanks to the staff of Lakeside Long Term Care and the staff of ComForCare for all that they did for Dad. It was a comfort to all of us to know that he was being so well cared for in his last years.

As per Dad’s wishes, there will be no public visitation or service, only a small family memorial. Those who wish to honour Dad’s memory may make a donation to the Alzheimer’s Society of Canada or Sick Children’s Hospital or to remember him with love as we do.