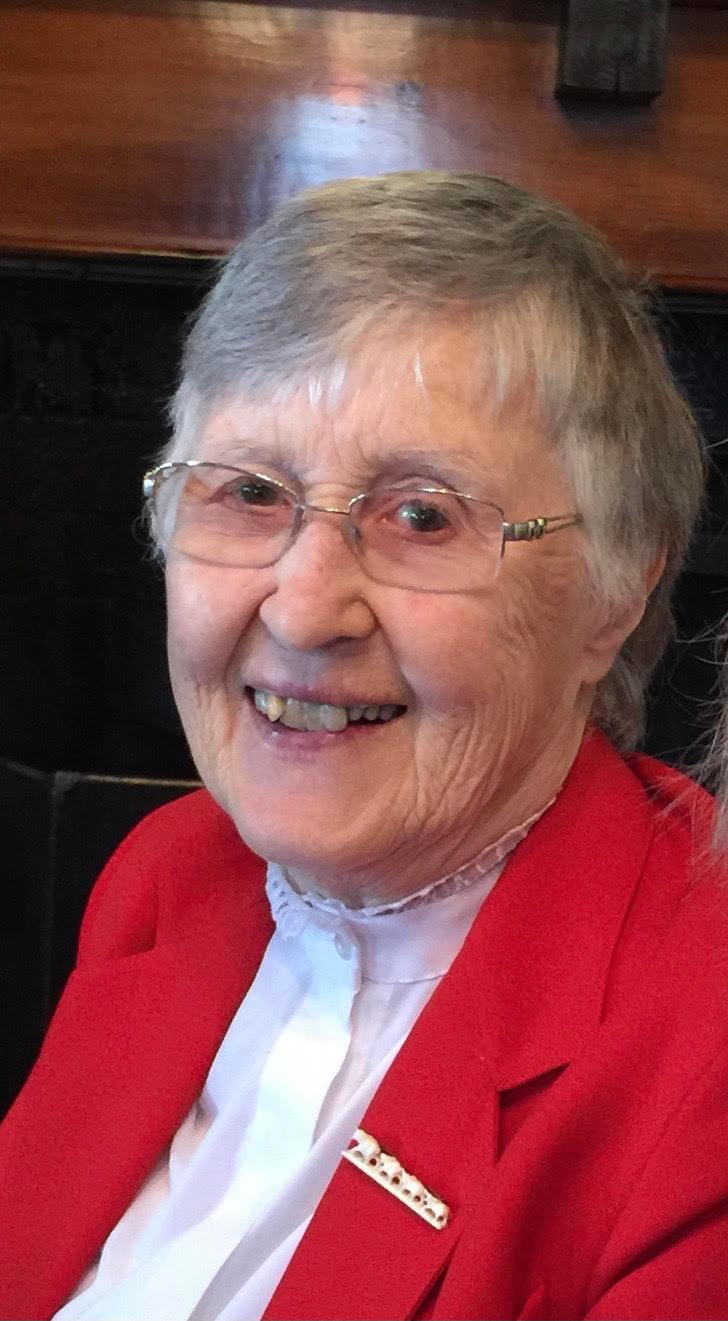 We regret to announce the passing of Eunice R. Brown in Toronto, ON on January 5, 2022 at the age of 92. She lived a long life, totally dedicated to family. Cherished wife of Jim, and mother to Cheryl, Bob, Randy and Doug. Grandmother to Daniel, Eric, Tara, Tori and Ryan. Mother-in-law to Laurie, Kelly and Laura. Sister to Jack (deceased) and Paul Dissington. Sister-in-law to Herb (deceased) and Peg Wonfor.

Born in Buffalo, N.Y., she completed a degree in English at the University of Buffalo and her Master’s in Education at Cornell, then taught English for several years. She met her husband Jim while she had a summer job at Inverhuron, near his hometown of Tiverton, ON. After they married, they moved to London, ON, then spent their younger married life in Montreal where they raised four children – at one point all of them under six. They spent most of their latter married life in Ottawa.

Eunice was in every sense a “professional mom” – she knit, sewed, cooked, baked, tended the flower and vegetable gardens, and kept a spotless house until well into her eighties. The cookie jar was never empty and she made a dozen different types of “special” cookies every Christmas. Thanks to Laura for holding a Christmas cookie baking day with her this Christmas. Eunice was also active in Beaconsfield United Church in Montreal and Bells Corners United Church in Ottawa.

Thanks to the staff and residents of Credit River Retirement Residence for their care and friendship over the past five years.

Cremation has taken place at her request. A funeral/memorial service is planned for Tiverton, ON in summer 2022.

In lieu of flowers, donations in her memory may be made to Trillium Health Partners (Credit Valley).