The portion of Elisabeth Alida van Duffelen memorial that you are trying to access requires an extension in order to become active again. Would you like to contribute to the memorial?s extension?

Passed away at Brampton Civic Hospital, on Friday, April 24, 2020 due to complications from Covid-19. Loving mother of Eveline, Marilyn (James E. Jackson), and Beverley (Keith Tyndall). Beloved Oma of Sarah, Gregory and Victoria.

A Celebration of Life will be held at a later date.

Elisabeth was born in 1926 in Heiloo, The Netherlands, the daughter of Cornelius Opdam and Johanna Korthouwer. In 1956 Elisabeth, her husband Jaap (1926-2011) and their daughter Eveline immigrated to Toronto. Those early years were focused on raising their children and assisting Jaap with his commercial photography business. Art became a serious endeavour for Elisabeth when she studied at Humber College and the Ontario College of Art. There, she learned the finer points of anatomy and mould-making and began sculpting human figures. Her works were displayed at solo exhibitions and group shows, and Elisabeth was commissioned by General Motors to design and produce its Triple Crown Award. Elisabeth served as an executive member and Education Liaison Officer for the Sculptor Society of Canada and exhibited and sold her works in Canada, the U.S. and Europe, many of which are in private collections. Within Canada, her sculptures were exhibited at The McMichael Gallery of Ontario, the John B. Aird Gallery, Galerie Colbert, West End Gallery, the Koffler Gallery, Elgin Gallery and Danielli Gallery. Elisabeth also co-ordinated a major exhibition of Dutch artists at the Harbourfront Gallery in Toronto. She is featured in the books “The Dutch Touch,” and “All My Children,” about prominent Dutch immigrants to Canada. Elisabeth also served as vice-president of the Canadian Netherlands Business and Professional Association. After retiring to St. Thomas, Ontario in 1986, Elisabeth continued to enjoy the company of friends and family as well as travelling. She especially enjoyed hosting her extended family from Australia, New Zealand and The Netherlands, and playing with her three grandchildren Sarah, Greg and Vicki. Sadly, Elisabeth suffered from Alzheimer’s Disease in her later years, and she lived since 2012 at Holland Christian Homes where she received excellent care. Mom was a very bright, artistic, compassionate, funny, strong woman. She was a good friend, teaching her children and grandchildren resilience, enthusiasm for life, and the importance of humour. Mom, Oma, you will be dearly missed.

Donations in lieu of flowers may be made if desired to The Alzheimer Society of Canada, World Vision, or the Canadian Diabetes Association.

I have very fond memories of Elisabeth as my mother's best friend. She was warm hearted and fun loving and very kind to me when each of my parents passed away. I have missed the drinks of Sherry and jokes we shared the many times I visited with her in her lovely St Thomas home. She will stay in my heart.

Thank you so much for your condolences. They are much appreciated.

A Wonderful and Inspirational life.
Our thoughts are with the family at this sad time.

Mervyn and Christine Fernandes and family (Friends of Keith and Beverley)

Sincere condolences, such a brilliant and beautiful woman.

We are saddened to hear of the loss of your dear mother, especially during this time of isolation. Her obituary encapsulates the life of a very talented and accomplished woman, and she leaves a proud legacy for her family. Sending our deepest sympathies. 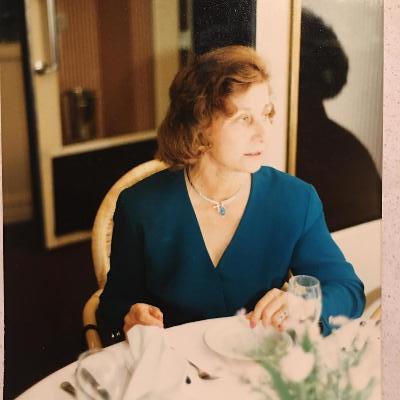 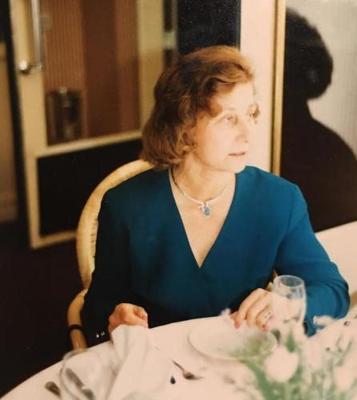