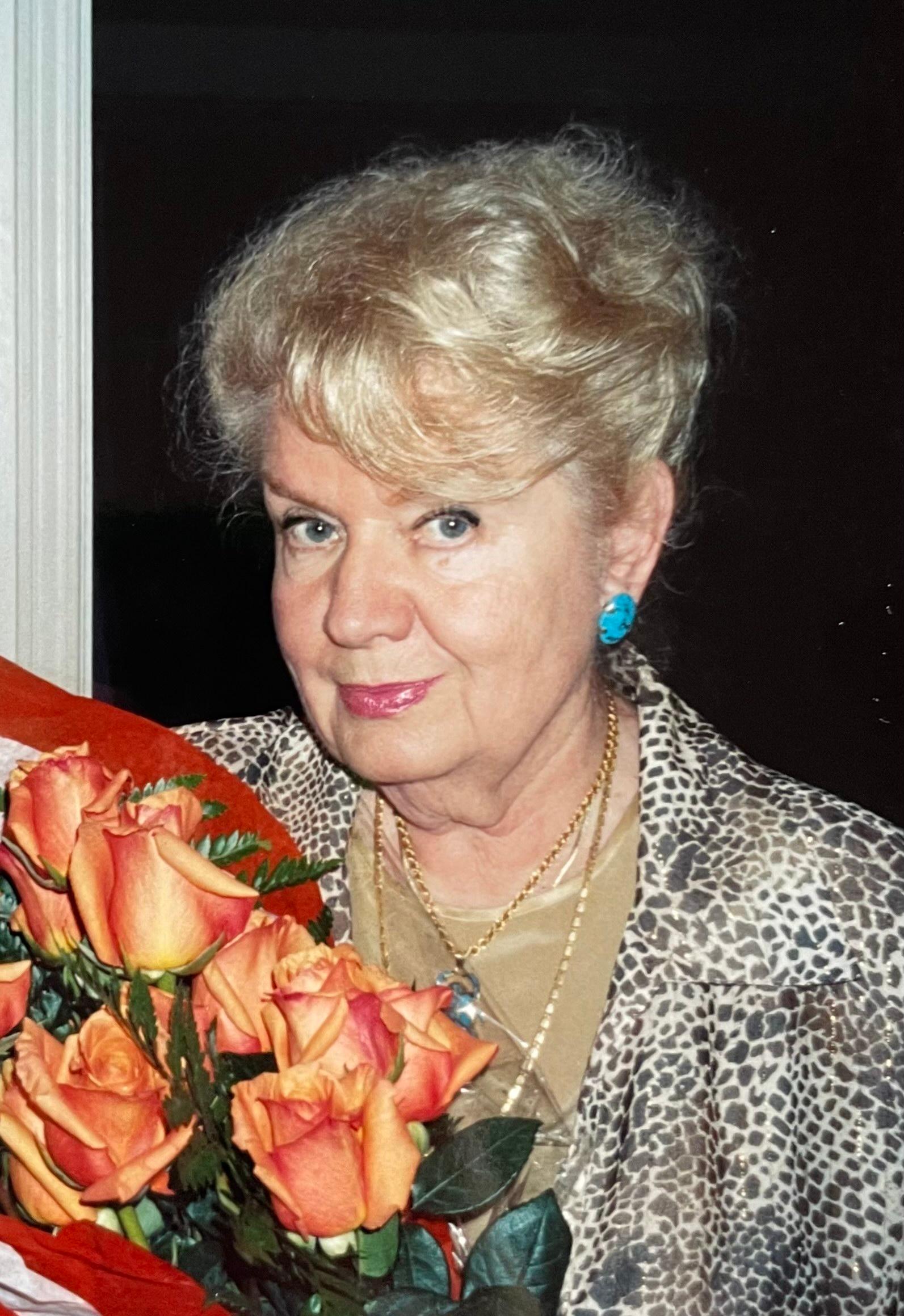 It is with great sorrow and a very heavy heart that we announce the passing of our beloved mother Elidia Irena Kosiba on Wednesday October 27, 2021 in Toronto. Loving wife of 70 years to her soulmate Bronislaw Kosiba. Proud mother to Ewa (John) and Marek (Cathy). Adoring grandmother to Vanessa, Nicholas (Daniela), Wesley and Laura. Caring sister to Cezary Ajewski. Devoted daughter of Benedict Ajewski and Kazimiera Lagun.

Elidia(Lila) was born in Wilno on May 15, 1930. Her brother was born shortly after in 1934. They lived a carefree life in Wilno and then moved to Lida in 1936. Lila often shared her fond memories of Lida, where her mother owned a delicatessen. She idealized this period in time and described it to her family as a time of wealth and abundance. Lila’s father Benedict worked in the development of airplanes and belonged to many anti communist organizations. On November 2, 1939 Lila’s father Benedict was imprisoned by the Russians for his beliefs. During this time Lila’s mother and grandmother continued to care for her and her brother. On an early morning in April in 1940, Lila’s family was awoken by Russian soldiers who demanded her family pack up their lives. Lila described this as a terrifying night. Her mother was unwell and although Lila was only nine, she was ordered to walk two Russian soldiers across town to find her aunt. She was needed to help pack for the family’s arduous journey on cattle cars to Siberia. Followed by Kazakhstan, Persia, India and finally Tanzania Africa. Lila and her family remained in Africa for five years living in grass roofed huts on a polish camp, surrounded by exotic wild animals.

When Lila was 17 she moved to London, England where she reluctantly studied nursing for two years. London was a magical place for Lila, it was where she began to create a life for herself. London was also where she met her beloved Bronislaw. After a year long courtship, news that Lila’s family was moving to the United States motivated Bronislaw to propose. They were married on December 28, 1950. Lila & Bronislaw immigrated to Toronto, Canada in 1953 to be closer to her parents.

Lila & Bronislaw joined Toronto’s large polish community, where they made many lifelong friends. Shortly after they immigrated, they bought their first home at 27 Glenlake and started a family. Lila was always an independent working woman which allowed her some finer luxuries in life. Her Saturdays were spent shopping downtown. Yonge street was amongst her favourite areas. The stores and newest fashions were inspiring to her. Lila was very artistic, when she wasn’t shopping for new dresses, she was making them. Ideas collected shopping on the weekend were put to use in her designs. She adored sewing dresses for herself, her daughter and later her granddaughter. Lila’s ball gowns were always exceptional, with hand embroidered details, embellished with crystals, sequins and beads. There was no dress making project too lofty. Lila was also an exceptional cook, her generosity and love was reflected in the meals she made and shared with her family and friends.

In 1966 Elidia & Bronislaw built a cottage at Cawaja Beach, this became an integral part of their family’s life. They were surrounded by their friend’s cottages and were known for their dinner parties. Lilas hobbies up north included foraging for mushrooms, picking fruits and vegetables at local farms, and shopping the local Main St. Lila loved traveling the world with Bronek and they were lucky enough to see a great deal of it. Extensive tours of Poland, region by region, including her birthplace and childhood home in Lida. Spain, Portugal, Egypt, Morocco, England were only some of the destination they travelled to. Waikiki, Hawaii held a special place in their hearts, Lila and Bronislaw spent extended periods of time exploring the islands. An avid shopper Lila enjoyed shopping in Waikiki. This was also the case all over the world. Lila purchased unique pieces wherever her travels led her. The cherry on top of Lila’s already blessed life was the birth of her grandchildren. She adored them and helped care for them. Her kindness, love, and positivity knew no bounds when it came to her slodkie wnuki. She enjoyed hearing about their goals, their joys, their adventures, always positively supporting them. We will miss her dearly, but she will live on in all of us. May she rest in perpetual peace. Niech spoczywa w pokojiu wiecznim.

Due to the limitations still in place surrounding COVID-19, space is limited, and all guests must register in advance.

Donations in Elidia’s memory may be made to the Canadian Cancer Society.