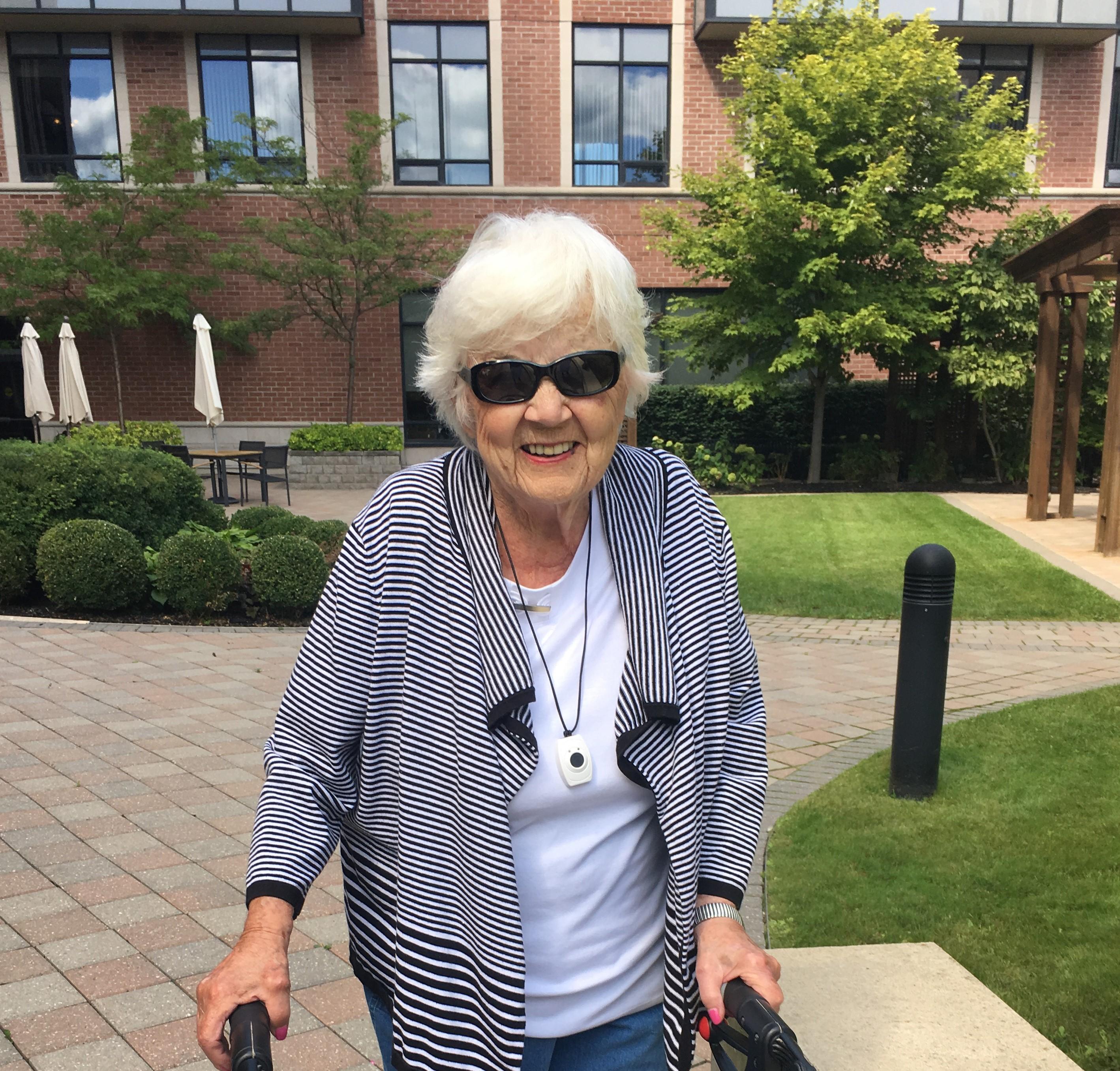 Simply put, Eileen Gibson was a wonderful wife, mom, nana, sister, and friend. She left this world peacefully, at her home, surrounded by lots of love and music on April 9, 2022, one month shy of her 98th birthday.

Eileen was born to Michael and Mary Kerby on May 19th, 1924 in a traditional Ontario farmhouse in the hamlet of Ivanhoe, ON. She was one of 7 children and was so proud of her country roots.

At 16, Eileen travelled to Toronto to work for her two aunts (Catholic nuns) who managed the laundry facility at St. Joe’s hospital. Two years later she joined Small Arms Ltd., a munitions factory, where she joined the thousands of women who contributed greatly to Canada’s war effort.

During the war years, dancing was a huge pastime for many. The Palais Royale (her second home) is where she met her husband, George Gibson, a pilot in the Canadian Airforce. They loved to dance, fell in love and were married in 1951. They raised 4 children together in their Etobicoke home. This was Eileen’s happy place…your typical post-war neighbourhood where kids roamed freely, rec room parties were abundant, and life was simpler. After 60+ years in her home, it was time for her next chapter when she moved to the Tapestry retirement home, a new life she effortlessly embraced.

If you were to ask her to list her favourite things over the years (outside of family) she would likely say, friends, her cottage on Avon Bay, euchre & bridge, music, dancing, sports (the Leafs, Raptors & Jays in particular), travel, politics and her nightly challenge…Wheel of Fortune & Jeopardy.

Eileen will be missed by many, particularly her kids, Stewart (Marlene), Cheryl, Gayle (Ed) and Glenn, her grandkids, Andrew (Cassandra), Hayley (Neil), Julian (Chloe) and Vanessa and her great-grandkids, Amelia, Summer, Noa, Kai and Remy. She had many friends & extended family who she would want to thank for enriching her life…Sylvia & Jimmy (deceased), Larry, Barb, Wavney, Irene, Maxine & her many nieces and nephews, to mention a few.

She was pre-deceased by her husband George, her sisters and brothers, her parents and many friends…we can only hope they are sharing good times together!

Eileen’s life will be honoured on Saturday April 23rd at All Saints Kingsway Anglican Church (2850 Bloor St. West). Visitation will begin at 1 p.m. with a service to follow at 2 p.m. For those unable to attend in person, the service will be viewable over livestream at:

In lieu of flowers, CAMH and Salvation Army are Eileen’s charities of choice.