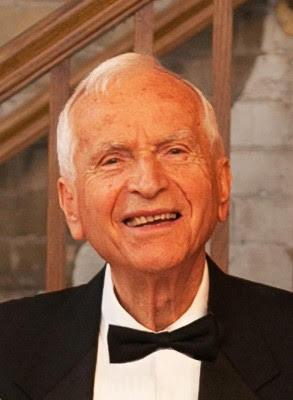 Edward Schaefer, age 93, died peacefully in his home in Mississauga on February 14, 2021, surrounded by family and holding hands with his wife Hildegard.

Ed was born in a German community in Poland on June 1, 1927. After surviving five post-war years in a Russian POW camp, he immigrated to Canada in 1956 to make a better life with his wife and young son. He settled first in Toronto and then in Mississauga. He learned English, adding this language to his knowledge of German, Polish and Russian. Ed earned a Master of Arts degree in history from the University of Toronto. He worked as a high school teacher until retirement.

Ed was an eternal optimist. His smile and enthusiasm for life were contagious. He loved to laugh and entertained his family and friends with his made-up words and phrases, “kalipupa” being one of his favourites. He was passionate about exercise and fitness. Ed had great respect for education and encouraged and praised his children and grandchildren for every academic achievement. He loved to travel. Before retirement, he and Hildegard explored Canada and the USA by car during his summer holidays. After retirement, he discovered big ship cruising and had a dozen adventures exploring new parts of the world. Ed spent the last few years caring for Hildegard. His devotion never wavered despite his own declining health. His family, friends, and neighbours will miss his sunny, enthusiastic personality.

Due to COVID, there will be no visitation or memorial service. Those wishing to honor his life can make a donation in his name to their favourite charity.