The portion of Edward Michael Huculiak memorial that you are trying to access requires an extension in order to become active again. Would you like to contribute to the memorial?s extension?

Beloved husband of Gale for 52 years. Loving father of Bryan and Lindsey (Mark). Proud grandfather of Jackson and Penelope.

He will be remembered for his love of photography, jazz, and animals.

If desired, donations may be made to Autism Speaks.

Remembering Uncle Eddy and Mike and Michael's shared love of photography. Sending our love to Aunt Gale and family.

Condolences to Gayle and family. Ed was always cheerful and willing to show photography skills pleasure to work with

Although only to be able to be graced by Mr. Huculiak presence a few times, he was a pleasure and delight. I’m sorry for his all his family kids, grandkids. Sending thoughts and prayers from Adam, Blair and the boys

Dear Gayle, Lindsey, Bryan (and extended family), I am so very sorry for your loss. I have such fond memories of Eddy. From the time I was an 8 year old flower-girl when he married my cousin Gayle, up until the last time I saw him in the summer of 2019, he remained one of the kindest people I've ever known. A wonderful husband and father, a doting grandfather, and a gifted photographer, Eddy brought joy to everyone who knew him. Gayle, Lindsey and Bryan, I'm thinking of you and sending my love. Deb

Marty Kavicsanyi (Former Colleague in the Materials Laboratory at Bombardier)

Rest In Peace, Eddie !!!!🙏🙏🙏
To Gale and the Rest of the Family:
My deepest condolences to you, he’ll be well remember as a friend, husband, father, brother,
uncle, son and Grandfather.
Imagine the Pictures he is Taking Now ??????
Soooo Sooorrrrrrrry, Marty Kavicsanyi

Thank you everyone for logging onto this site. Because of covid we could have only a handful of people at the funeral, which is a shame because I know so many people would have wanted to be there to remember my father.

Parents are invincible. That is what we believe as little kids, and it’s what we, as parents strive to ensure our children believe. Such was my thought when my dad first told me he had cancer 4 years ago. I think he really believed it too. There was no doubt in my mind that he would beat it, and he had me believing that until almost the very end.

Each of you has had a different experience with my father. I had 43 years with him. Some have had less, and some as many as his 76 years. He grew up in the heart of Toronto with 3 older half brothers and sister. I have a 3 and a half year old son, and I can just imagine what a hellion he was!

My father was a very hard working man. He would leave home before 6am and come back just after we got home from school. That was if he wasn’t playing squash. On weekends he would photograph weddings, which was one of his favourite things to do. His final outfit is a tuxedo, because he wore it to every wedding he ever photographed. For him, a tuxedo was just what professionals wore, and he wore it so naturally.

When he wasn’t working… he was working. He couldn’t sit still. In fact even coming home from chemo treatments he would go out and mow the lawn or shovel snow. He would work so hard he would fall asleep in front of the tv. When I was a kid many a night we watched hockey while he sat on the floor and I shared the couch with the family dog or cat. My dad never sat on the couch. He was an animal lover and the animals always got the couch, and they got a head scratch while he sat on the floor.

His work was fascinating to me as a child. I knew he worked on airplanes and got to destroy parts of them, but he hated flying. He used to say it was because he knew how they were built. That’s part of the reason, as a family, we never flew anywhere. One year when I was 14 we did drive to Florida, in July, in a sedan, with no air conditioning, with my parent’s best friend Diane in the front seat. I think I read about 9 novels on that trip. But we went to Disneyland, and it was awesome, albeit insanely hot.

It wasn’t the only road trip we took. One year we drove 15 hours to Terrace Bay in northern Ontario to visit friends. He drove the whole way and we recycled 6 cassette tapes from the 1940’s to the 1980’s, and then later on in life to the Outer Banks of North Carolina.

One of my earliest memories was of fireworks at our house on Fergo avenue when I was probably only 5 or 6. We lived across from a park and my dad and the neighbours would get big plastic barrels full of sand and light off the fireworks right in front of us. I still remember sitting in those old metal folding chairs in my nightgown and robe and slippers, watching the fireworks.

As a family we were early adopters of technology. We had an Atari growing up and one of the first ever computers with the amber monitor. My dad was competitive though, and when he would lose at space invaders or donkey kong he would sometimes throw the joy stick. Man sometimes I act the same way.

We had a lot of fun. Dad was a joker. He would answer the phone with ‘gino’s pizza’ or ‘hello Miss Huculiak’ even after I had changed my name. He was sarcastic and smart, but holy was he ever stubborn. If he said the sky was green the sky was green. I can still hear him saying ‘no you can’t do that!’ to something I was trying to convince him of.

He also had quite the palate. His favourite food was crab legs, which we rarely ate except for his and my mom’s anniversary. This father’s day we had a feast. He was also a connoisseur of head cheese, fried kielbasa, green onions dipped in salt, and Kasha. But I will be forever grateful that he introduced me to pickled herring.

My dad was a welcoming person. When you walked in the house he was always glad to have the company. My mom and dad together made a great team when they were entertaining. There was always lots of good food and conversation. They worked as a team raising my brother and I, who for the most part got along, although sometimes when I see him I still tie his socks together on his feet to just to make him laugh.

My dad had a love of jazz, which my mom does not share. So he built himself a man cave of sorts to listen to his music. He would spend so much time researching the latest in audio equipment. He was a true audiophile. I must have heard Hotel California a million times because it was one of his favourite songs to test out his equipment with. I’m sure it pained him to give it up when Penelope came along, but the joy was worth it. Grandad, as she called him, was a very special person. She had him wrapped around her pinky finger since day 1, and it was so nice to see the child in him come out through the child in her. Jackson did not get as much time with Grandad, but there is so much of him in Jackson, the stubbornness, the silliness, an easy smile.

My dad had a very full life, and by many counts, a long one. It is never long enough though, and none of us were ready to say goodbye so soon. But in the end, there is only love, and those who know him, know he was a man who had a life well lived, and he was a man well loved.

Thank you again for coming today to help us remember our dear friend, brother, uncle, grandfather, husband, and father, Eddy, the man behind the camera. We will miss him, but we will never forget him. Love you dad. God bless you. 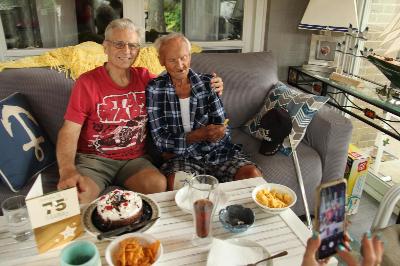 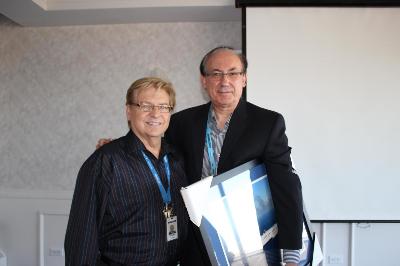 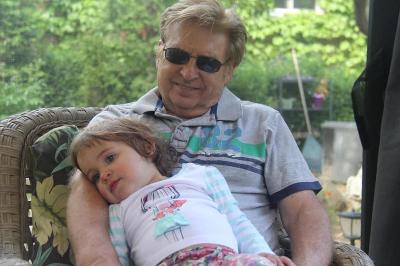 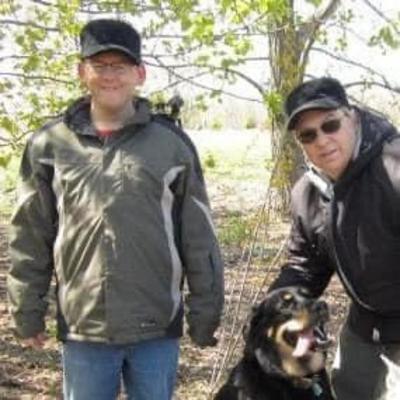