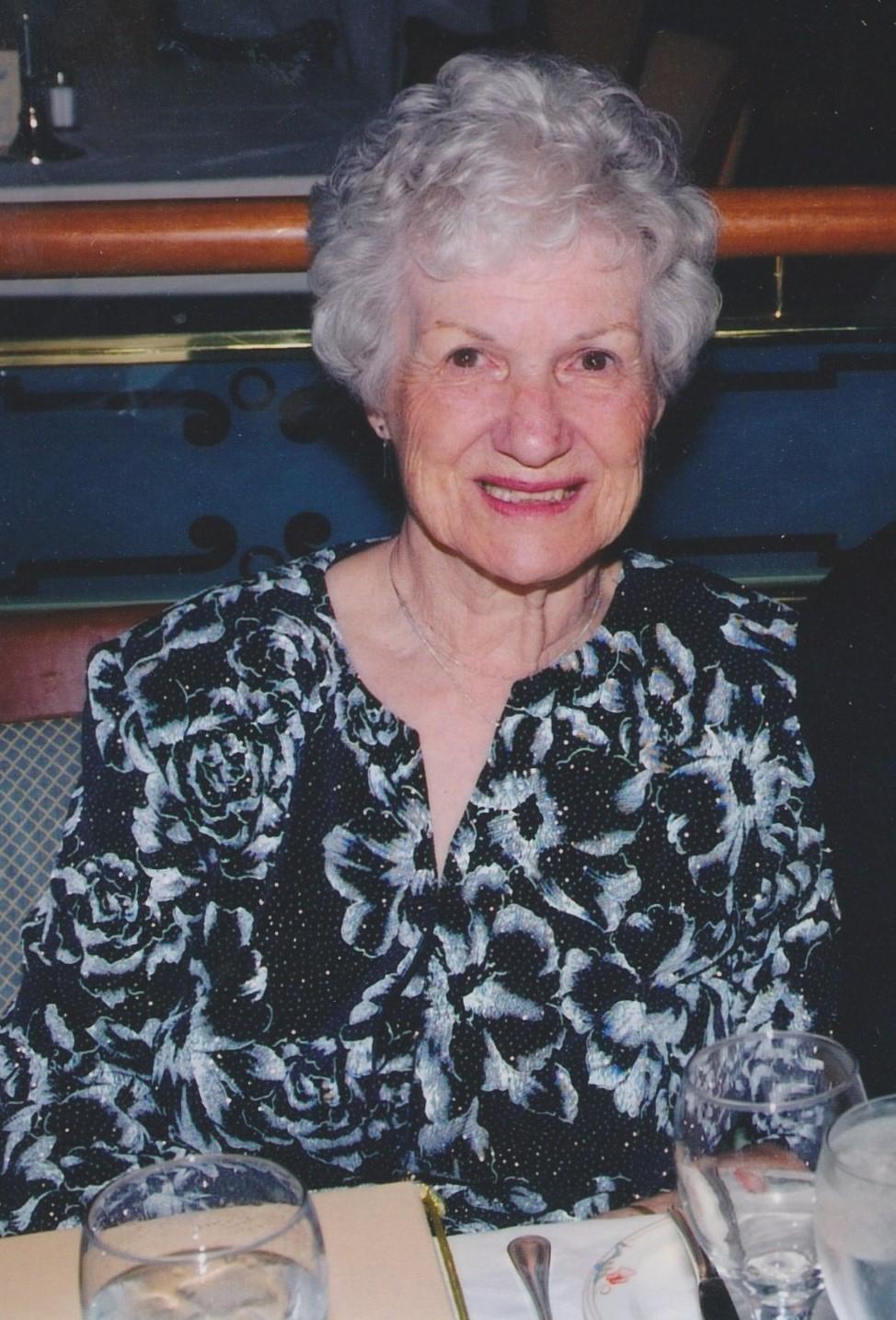 Jean was born on August 29, 1925 in Corner Brook, Newfoundland & Labrador, where her father worked at the famous Bowater Paper Mills as an accountant. Following high school, Jean worked in St. John's, NL at various business establishments. Because of its proximity to Europe, St. John’s played a critical role in WWII, and at this time, the Canadian and American military maintained a strong presence in the city. With the war effort very much a part of her community, Jean felt called to serve and enlisted in the Canadian Army at age 18 in 1943. She was first stationed In Kitchener, Ontario where she underwent basic training, and was then stationed in Trenton, Ontario, where she was introduced to Doug (then a Canadian Army private) by his sister and her Army colleague, Josephine.

Jean and Doug married soon after, on September 17, 1946 in St. John’s and began a wonderful life together that would last more than 73 years. While Jean had left the Army by the time they married, Doug opted for a military career, and they both embraced the itinerant Army life, which took them from Doug’s hometown of Kingston to Fort Churchill (where they met lifelong Army friends Don and Beth Davis), Toronto, and Ottawa, to Soest, Germany. Their time in Soest was particularly special to them, during which they took every opportunity to tour many parts of Europe on weekend road trips and holidays, often with Don and Beth, who were also posted to Europe at the time. Their final Army post was in London, ON before moving to Toronto in 1972, when Doug joined Ontario’s Ministry of Revenue.

From their 22nd floor High Park apartment with its spectacular views of Toronto and Lake Ontario, Jean enjoyed being hostess to countless gatherings of friends, family and neighbours through the years. Birthdays, holidays, dinner parties, celebrations… Jean prepared all the courses for these occasions, effortlessly bringing together all the details for many memorable evenings.

Jean had a life-long interest in the crafts of sewing, needlepoint and knitting, and, more recently, paper tole, all of which she generously shared with friends and family. A lifelong volunteer, she dedicated much of her time to raising funds for the Cancer Society and the Red Cross throughout her life. While in Ottawa, she taught Sunday school, as well. In Toronto, she spent many years visiting downtown hospitals to distribute magazines and books to elderly patients. She also helped lead a Tenants’ Association in High Park, serving tirelessly on its board for many years.

Throughout her life, Jean suffered from acute arthritis, and though often in pain, rarely spoke about it. In later life, after suffering a mild stroke, she determinedly underwent regular physiotherapy and exercise sessions, often joking that “it’s better than the alternative.” It is that charming humour, as well as her caring, gentle good nature, generosity and kindness for which she will be lovingly remembered by everyone who had the pleasure of knowing her.

As expressions of sympathy, donations in Jean’s memory may be made to the Heart and Stroke Foundation.

Once the current environment in which we are living in subsides, a 'Celebration of Life' will be held at a future date in Toronto. Details of the ceremony will be posted when available.