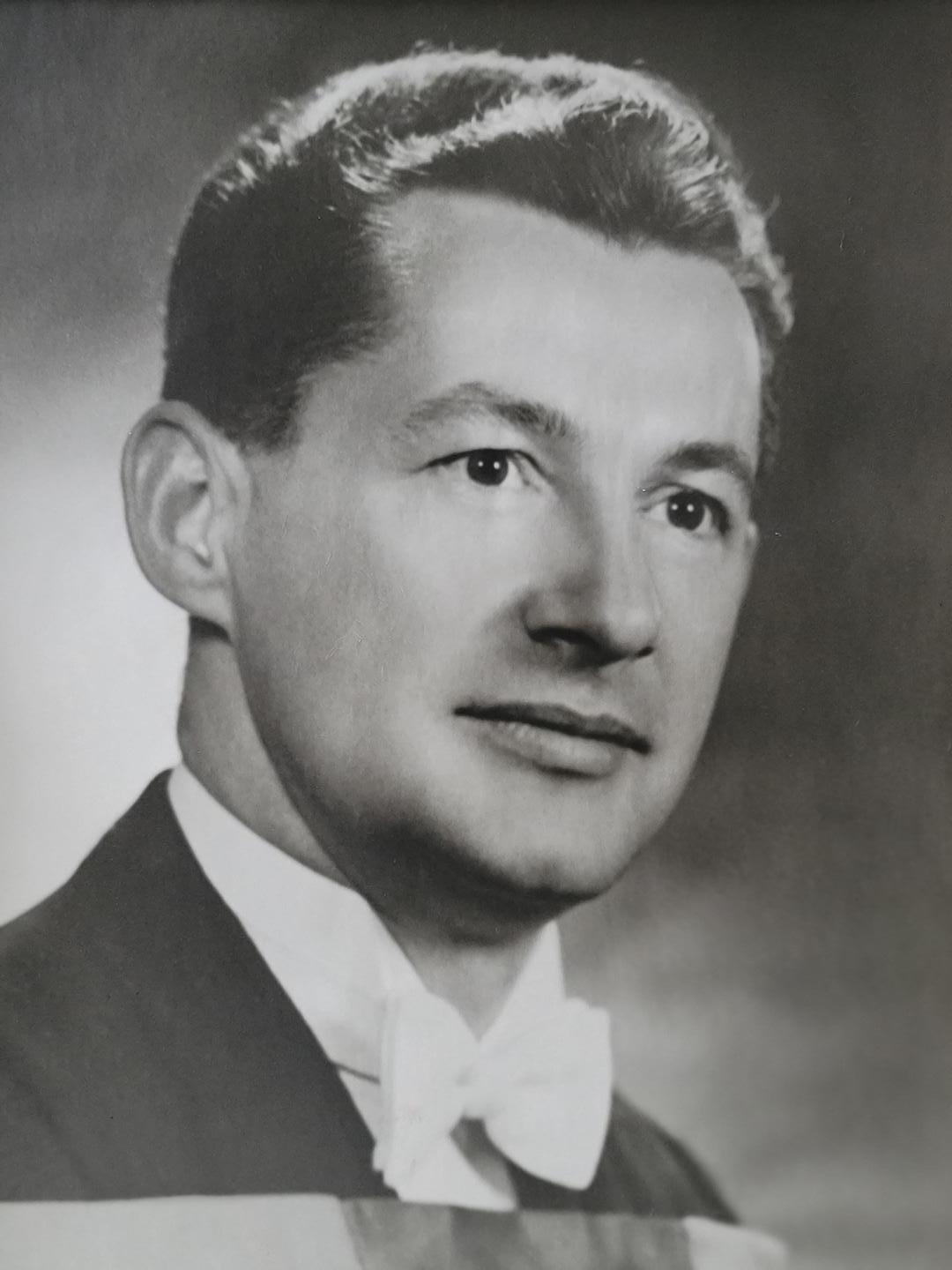 Stefan Wojtek Kopytek was born on a family farm in a village near Lodz, Poland, on March 23, 1920. He passed away April 22, 2022, still living in his own home in Etobicoke. 102 years young.
Stefan chose a career in medicine, but his studies were interrupted by WWII. He fought the Nazis as a member of the Polish underground, and in 1945 helped establish the new University of Lodz medical school, which he attended until he accepted an internship at the Medical Academy of Gdansk in 1947. During this time he tried to keep a low profile to avoid persecution by the communist army. He eventually escaped from Poland by making a harrowing passage across the Baltic Sea to Sweden. Like many of his generation, he rarely spoke of his difficult wartime experiences.
In Sweden, Stefan worked with doctors at the University of Lund who were experimenting with an artificial kidney. In March 1950, Stefan arrived in Halifax, Canada with little more than the shirt on his back, immigrating as a farm labourer. He was assigned to pick strawberries on an acreage near Ottawa. Eventually he made his way to Toronto, where he was befriended by members of the Polish community. An elderly Polish couple gave him room and board.
Stefan found work as a laboratory technician at Toronto Western Hospital and at the University of Toronto. In 1952 he entered the Pharmacy program at the University of Toronto, but medicine was his true calling. When he applied to U of T’s medical school, he was required to take entrance exams orally in English, even though his primary language was Polish. During the entrance exams, he occasionally stumbled from English to Latin, but his examiner – an older anatomy professor – liked Stefan’s use of the language of medicine, and immediately accepted him to the program.
Stefan graduated from the University of Toronto, Faculty of Medicine, in 1956. He opened a family practice in a small house on Berry Road in Etobicoke. Stefan met patients on the main floor, and he lived upstairs.
Once he established his medical practice Stefan returned to Poland for a visit, and there he met Krystyna, a beautiful Polish girl he immediately fell in love with. They married in 1961 at St. Stanislaus Catholic Church in Toronto and together raised three children – Caroline (Rob Hill), Mark (Laurie Kepron) and Stephan (Sandra Medina). Stefan was thrilled to be called Dziadzius by 5 grandchildren (Arthur, Conrad, Trinity, Sofia and Caroline).
Throughout his career, Stefan maintained privileges at Queensway General Hospital in west-end Toronto. For many years he worked in the hospital’s emergency department, and even served for a time as the hospital’s Chief of Staff. All this, while making house calls to his own patients after hours.
As Stefan’s traditional family practice grew, he moved his office to the doctors’ building at Queensway General. During his career, he delivered over 2,000 babies, and many patients became life-long friends. He was a very caring doctor and extraordinarily gentle when treating injuries. Stefan was also dedicated to his duties as Coroner of Etobicoke – a role that he maintained for 26 years and found both stimulating and rewarding. He retired from medicine in 1995.
Stefan helped to conceive and to build Copernicus Lodge, a long-term care facility for the Polish community in west-end Toronto. He served on the board of directors of Copernicus for many years.
Some of our favourite memories are of Dziadzius laughing with his grandchildren. Stefan loved to read, swim, cycle, snow-ski, hike, garden, and tinker in his workshop. For years, he tended to his many backyard colonies of honeybees. Memories abound within the Kopytek family of the difficult task of extracting thousands of pounds of honey (with a manually-powered centrifuge, of course), the harvest inevitably occurring on the hottest, stickiest of summer days in Toronto.
In retirement, Stefan and Krystyna spent their winters on a beach in Florida, and their summers at a small cottage on a lake in the rock and forests of the Canadian shield. Theirs was a beautiful love story – they worked together, supported each other, and held hands for over 60 years. Stefan was a husband as committed to his love for his wife and family as he was to medicine.
Stefan fought for what he believed in, worked hard to build a new life in a new country, and made many friends who valued and respected him for his quiet strength and courage, kindness, and care. He was an integral part of a community that helped to shape the rich, vibrant nation that is Canada today. Importantly, he lived a life of service, and in this sense he is a role model for others.
Stefan Wojtek Kopytek was an honest and good man. He will be dearly missed by his family and friends in Poland, Canada and the USA. A Funeral Mass for Stefan will be held at Our Lady of Sorrows Catholic Church, 3055 Bloor St. W., Toronto on Friday April 29, 2022 at 10:30 am. The church requests that we all wear masks. Please click the link below to join the livestream of the Funeral Mass.
Interment Park Lawn Cemetery - if you are joining us, please consider footwear appropriate for soft ground. For those who wish, donations appreciated to Copernicus Lodge. On-line condolences through www.turnerporter.ca