The portion of Dr. John Wilson memorial that you are trying to access requires an extension in order to become active again. Would you like to contribute to the memorial?s extension?

Passed away peacefully on January 13, 2019 after a brief illness and surrounded by his loving family.
He leaves his beloved wife of almost 70 years, Patricia (nee Dewan) and his nine children: Sheila Hoo (George), Brian (Doretta Sabucco), Barbara Poggi (Rick deceased), Patricia Lang (Michael), Margaret Gregg (Steve), Mary Lou Hurley (Bill), John (Maureen Vella), David (Nancy Hurley), Gregory (Sheila McKee), 38 grand-children, and 17 great-grandchildren. Predeceased by infant daughter Mary Catherine, his parents William and Teresa Wilson, and his nine brothers and sisters. John was a proud graduate of St. Michael’s College School in 1943 and achieved his medical degree from the University of Toronto (U of T) in 1948, having been elected to the AOA Honour Medical Society. After 6 years post graduate study in Internal Medicine and Cardiology - the last year in London UK, on an RS McLaughlin Travelling Fellowship - John successfully achieved his FRCPC degree and joined the medical staff at St. Michael’s Hospital in addition to the Faculty of Medicine at U of T. St. Michael’s Hospital took a leadership role in the care of cardiac patients. John was an integral part of the team that performed the first successful heart transplantation in Canada in 1968. In 1970, he was appointed the first Chief of Cardiology at the hospital - a position he held for 13 years - and an Associate Professor at U of T. John and Dr. Clare Baker led a cardiac team to Budapest in 1971 and successfully treated patients by open heart surgery. John was credited with introducing the cardiac condition Mitral Valve Prolapse to the cardiologists of Hungary. In 1981, he was invested as Knight Commander of the Order of St. Sylvester, a Papal award. In 1999, he received the Order of St. Michael from St. Michael’s College School. John was proud of his medical career, but above all was his love for Patricia and his family. We wish to thank the staff of St. Bernard’s Senior’s Residence and also nurse Joy Campbell at St. Joseph’s Health Centre, for her very compassionate care. Friends may call at the Turner & Porter Yorke Chapel, 2357 Bloor St. W., at Windermere, near the Jane subway on Friday, January 18 from 2-4 p.m. and 6-8 p.m. Funeral Mass will be held on Saturday, January 19 at 11 a.m. at Holy Family Church, 1372 King St. W., Toronto. If desired, donations may be made to St. Michael’s Hospital, Toronto. Online condolences may be made through www.turnerporter.ca

Our heartfelt sympathies are with Dave and his family at this difficult time. We hope the following passage offers some comfort to each of you:

“Death is nothing at all. It does not count. I have only slipped away into the next room. Nothing has happened. Everything remains exactly as it was. I am I, and you are you, and the old life that we lived so fondly together is untouched, unchanged. Whatever we were to each other, that we are still. Call me by the old familiar name. Speak of me in the easy way which you always used. Put no difference into your tone. Wear no forced air of solemnity or sorrow. Laugh as we always laughed at the little jokes that we enjoyed together. Play, smile, think of me, pray for me. Let my name be ever the household word that it always was. Let it be spoken without an effort, without the ghost of a shadow upon it. Life means all that it ever meant. It is the same as it ever was. There is absolute and unbroken continuity. What is this death but a negligible accident? Why should I be out of mind because I am out of sight? I am but waiting for you, for an interval, somewhere very near, just round the corner. All is well. Nothing is hurt; nothing is lost. One brief moment and all will be as it was before. How we shall laugh at the trouble of parting when we meet again!”
― Henry Scott Holland, Death Is Nothing at All

Marilyn E Snell (my father was a former patient)

I happened to notice Dr. Wilson's obituary in the paper today. He performed a coronary by-pass on my father (the late Mervyn Kirby) in 1974. My father was so grateful for the excellent care he received from Dr. Wilson and although my Dad had complications following the surgery, Dr. Wilson steered him through that successfully as well.
Please accept my sincere sympathy in the loss of your husband and father. May God Bless and Keep him always.

I was one of hundreds of students and Cardiology residents that Dr. Wilson trained. Back in the day, in order to be accepted into the program you had to pass muster with "JK" and I was fortunate to be one of the chosen. During my time with him I was blessed by his ability to teach and to pass on his clinical acumen. But much more than that he taught me about the honor and privilege to be able to care for people with serious medical programs and to treat my patients, my colleagues and myself with honor and respect.

I was lucky to be trained by him.

My condolences to all those who loved him.

You are in our prayers.
With deepest sympathy,
Mike and Tina Clancy

Hal and Madelyn Rutledge (Madelyn is a great-niece)

Dear Aunt Pat and all the family
So sorry for your loss. Our thoughts and prayers are with you at this sad time.
Love Hal and Madelyn Rutledge 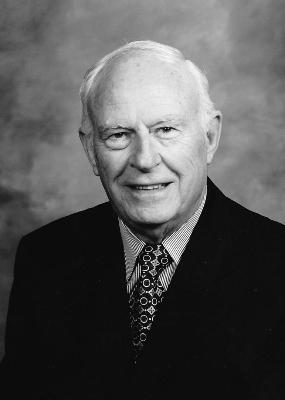