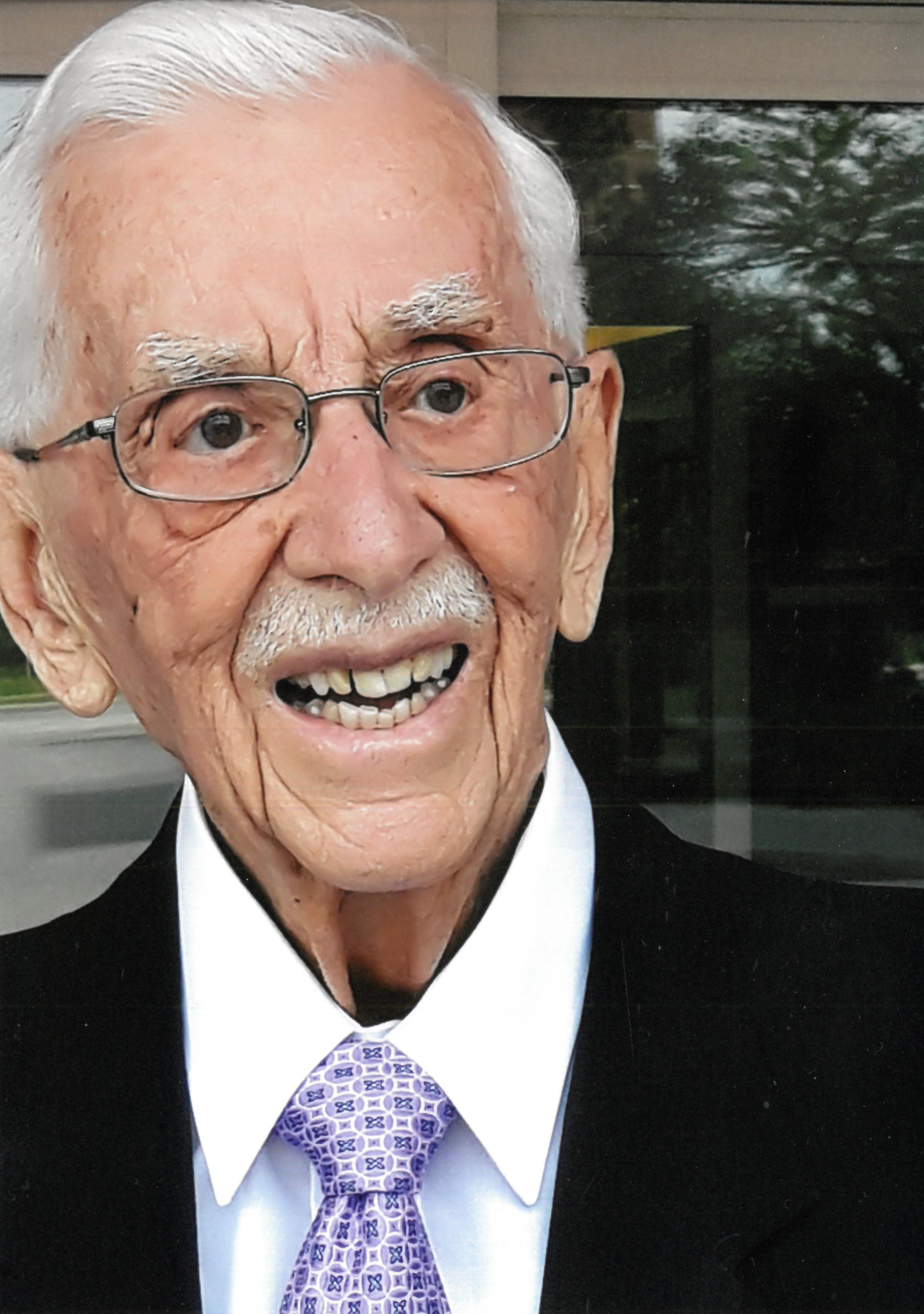 Passed peacefully at St. Joseph’s Hospital on Saturday, June 27th, 2020, age 93. Devoted husband of Jean for 65 years who passed away two months earlier. Loving father of Douglas (Leslie) and Clayton (Margaret). Much loved grandfather of Elizabeth (Christopher), Debby, Catherine and Jackson and adored uncle and great uncle to many nieces, nephews, grandnieces and grandnephews.
Doug was born in Montreal on July 11th, 1926, the second child of James and Marion Waite, who had immigrated to Canada from Scotland a decade earlier. He is predeceased by his older brother Alan Waite.
Doug loved sports. In his early years, it was skiing or bobsledding down Mount Royal on barrel slats or playing pickup road hockey or baseball with the gang. He was a master with the YoYo, winning and placing in local championships many years – he could perform many of his old tricks well into his 80’s. In high school, he enjoyed boxing, football as a lineman on the West Hill team and on occasion taking on the whole gym class with a buddy in a “Battle Royale” wrestling match. Later on, it was bowling and dancing the jitterbug or waltzing every Saturday night.
Doug started a long career with The Montreal Trust Company in 1945, age 19, as an accounting clerk in the basement of their historic offices on Place d’Armes in Old Montreal. He hand-posted ledgers at stand-up desks with green eyeshades at $75 per month, six days a week. It was at Montreal Trust where he met his future life partner, Jean Rankin. Everyday they would “coincidentally” meet for coffee at the same time in the company cafeteria as socializing between men and women working in the same office was frowned upon at the time. They were married in 1954.
For the next 43 years Doug worked his way up the corporate ladder at Montreal Trust in a variety of roles - Regional VP, VP Client Services, VP Branch Operations, VP Corporate Services and Senior Vice President. He enjoyed his postings over the years which took him back and forth to Saint John, Calgary, Vancouver, Montreal and Toronto.
In retirement, Doug and Jean wintered in Daytona Beach and enjoyed annual summer breaks to Ocean Park, Maine. They golfed at Lambton and enjoyed all the time spent with their four grandchildren.
Always a gentleman, thoughtful and considerate, Doug was a class act to the end. His tireless and devoted care for our mother throughout her struggle with Alzheimer’s these past 10 years was both moving and inspiring. His great sense of humour, positive attitude and outlook on life were infectious. He will be sadly missed by all.
A private family service and celebration of Doug’s life to be held at a later date. Online condolences may be made at www.turnerporter.ca.