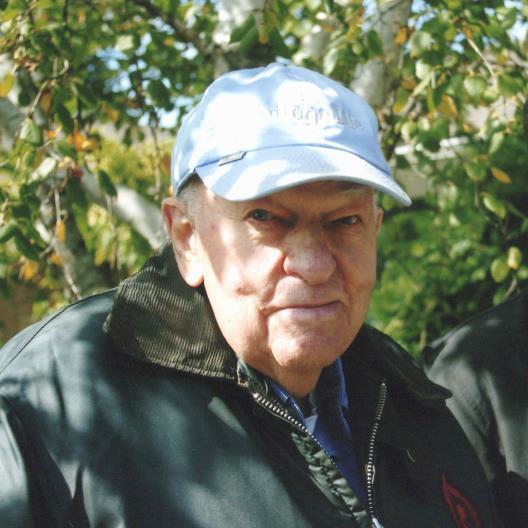 Passed away peacefully at Lakeside Long Term Care Centre, with family at his side on Tuesday, October 20th, 2020 at the age of 90. Our thanks to the dedicated staff at Lakeside; we couldn’t have asked for better care.

Born November 15, 1929, Doug grew up and later raised his family in the same house in Georgetown, ON.
After attending school in Georgetown, he went to Central Technical Institute followed by 3 years at Ryerson Polytechnical Institute, where he graduated with an Electronics Technology Diploma.
He worked at A.V. Roe Canada for several years, a part of the CF-100 and Arrow projects, before joining Trans-Canada Airlines, later known as Air Canada. He was an avionics technician with Air Canada for 27 years.
After retirement, he and Irene moved to Belleville, ON.

Doug loved maps and driving - and would turn down any small country road to see where it would lead. He embraced technology early on, spending hours at his computer and was also an avid photographer. He was active for many years in the United Church AOTS.

Doug enjoyed his cottage on Stoney Lake for more than 50 years. For those who wish, donations may be made to support environmental stewardship on Stoney Lake - see https://www.environmentcouncil.ca/about-4.