The portion of Dorothy Mullin memorial that you are trying to access requires an extension in order to become active again. Would you like to contribute to the memorial?s extension? 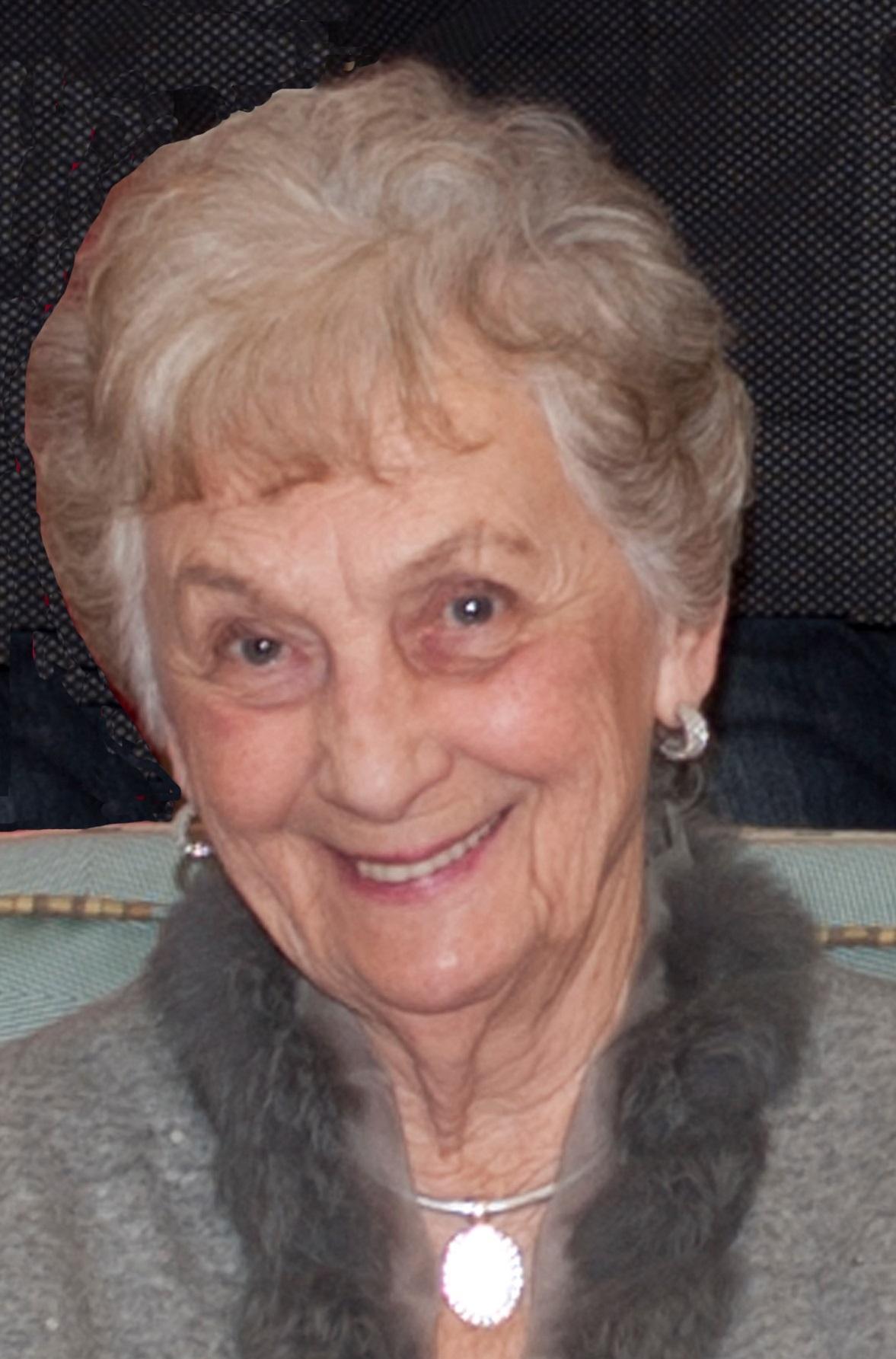 Dorothy took a turn for the worse this past week while battling cancer and dementia. At her home, at the age of 88, she passed peacefully. She never lost her spirit.

Born Feb 18th, 1931 in Hamilton, Ontario, Dorothy was the oldest of two children to John and Mary Pelech.

She graduated with honours from Cathedral Girls High School and was hired as a teller at the TD Bank where she learned skills that would be put to great use in later years. An avid tennis player, Dorothy became the City of Hamilton’s Women’s Champion in 1949.

In early 1950, Dorothy in a chance meeting, met Lieutenant Owen Mullin who was visiting a friend across the street from Dorothy enroute to his post in Winnipeg. She must have made quite an impression because Owen returned from his completed post shortly thereafter. They were married in October 1951 and settled in southern Ontario with their children Kathryn and Daniel.

After Owen became Mayor of Burlington and Dorothy the First Lady, she accepted the position with grace and energy. She would participate in various fundraisers and public events, but she would never miss her task of being a great homemaker and mother. Consistent with the practice of the day, she stayed at home making sure the family was properly cared for. She was a great cook and in Julia Child’s fashion, the local papers published her recipe for “Mayors Squares”. She was a fashionista, always very stylish, the sort of woman that everyone noticed when she entered the room. In the beginning, she would design and sew her own clothes.

She became active in politics as an early member of the Halton Women’s Liberal Association, she joined the Catholic Women’s League and became a volunteer at the Joseph Brant Hospital.

After leaving Burlington and relocating to Woodstock, she quickly immersed herself in the local scene. She took up the game of golf and together with good friend Margaret took Craigowen Golf Club by storm.

She joined the Woodstock Parks and Recreation committee and eventually became Chairman when the call to build a new civic recreation complex was received. She undertook the task with her usual high energy. Through the various fundraisers and project management exercises, Woodstock received a brand-new Civic Swimming Pool Complex built on time and on budget… a remarkable achievement.

When the family relocated to Mississauga in 1973, Dorothy quickly adapted to the new surroundings. She joined Credit Valley Golf Club and shortly thereafter the Executive committees.

In 1976, the family acquired a business. When Owen realized the company needed some help, asked Dorothy to undertake the task of managing the customer service group. Like other businesses at the time, this was a male dominated enterprise. In the Pre-Empowered Women Era and without any formal training, Dorothy summoned all her previous experiences, applied grit and determination and exceeded expectations. Dorothy’s Angels (aka Dorothy’s Work Team…Jenny, Vera, Lucita, Debbie, Betty to name a few) was eventually formed and for decades, the department ran like a Swiss timepiece.

Dorothy and Owen loved travel. With work, they would travel across Canada to inspect signs. From St John’s to Victoria, Yukon to Peggy’s Cove, Dorothy and Owen saw it all. They would visit London, Paris, Munich, Vienna, Rome and Russia. The USA and the Caribbean were not missed either.

There was the “Shop till you Drop” era. Daughter Kathryn, together with some close friends from the USA would visit for the annual and sometimes biannual shopping expedition. Dorothy would join in, plan most of the events and actively participate. The event would end with a fashion show displaying the newly acquired treasures and friends would depart knowing they had a wonderful experience.

In many respects, Dorothy was well ahead of her time, a woman working in a male dominated world leading a charge. She was a little human dynamo that would manage big burly men in industry, command respect from all, demonstrate care and kindness. She was determined, graceful, and beautiful.

The world has lost something special. She will be dearly missed by all.

If desired, in lieu of flowers, donations to the Alzheimer Society of Peel in her memory would be appreciated.

Dorothy, we really picked a great photo of you ..... captures your essence! From the moment I met you, until your very last breath you were amazing. I think our most special times were spent in your kitchen, with interesting conversations as you worked your culinary magic. I was your pupil, in so many respects and absorbed every lesson you had to give. We had our own relationship without competition, based on love of the same man. You are in my heart forever!

She sounds like she was a remarkable lady. My sincere condolences.

My sincere condolences to the Mullin family. Dorothy was one fine lady.

My condolences to the family,

Dorothy was one of the classiest people I had the pleasure to meet and work with for years.
The Canadian Sign Industry leaned a lot from Dorothy and her team and was for the most part, well ahead of her time.

She will be dearly missed.

I worked for Dorothy for many years
She was a great boss and I considered her a good friend. She will be missed
My thoughts and prayers are with all the Mullin members
May she rest in peace - God Bless 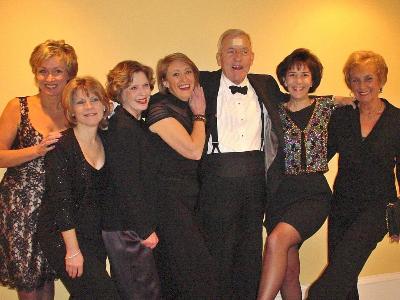 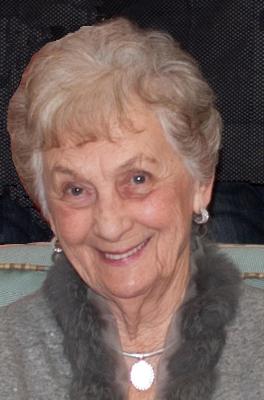 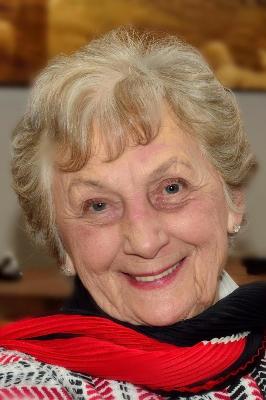 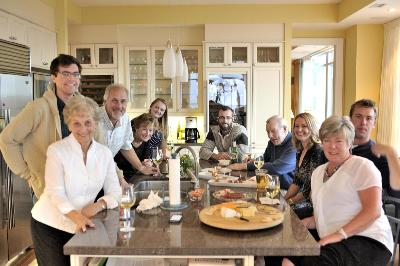 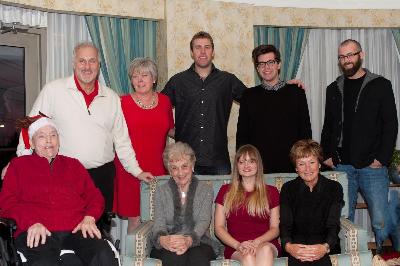