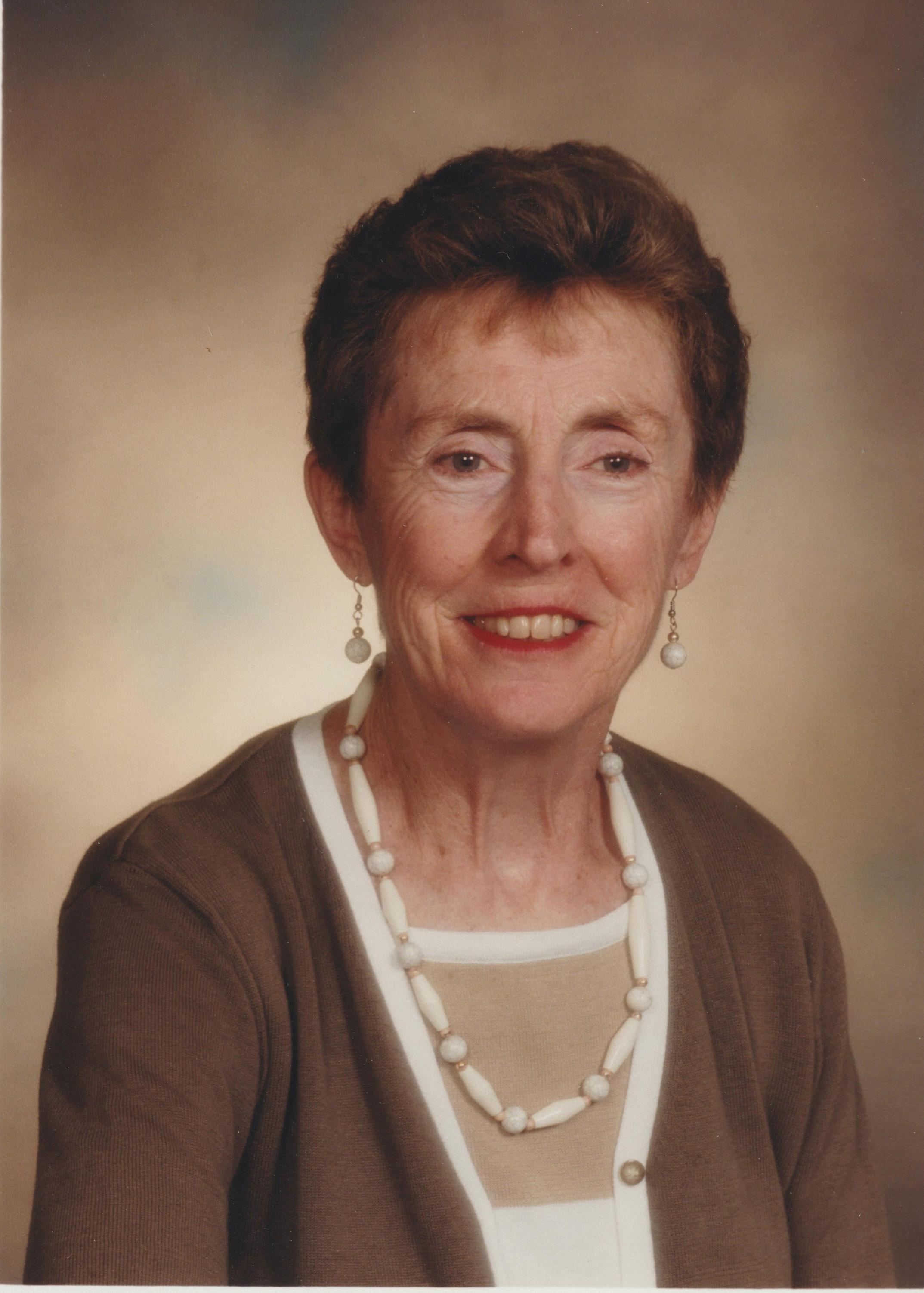 Peacefully in her 85th year at St. Joseph’s Health Centre in Toronto. Loving wife of Leo McGuigan (deceased 2010). Survived by her children Joanna (Dave), Maureen (Daryl) and Paul (Rhonda) and her grandchildren Brian and Colin, as well as by her brother Johnny (Dolly) and brother-in-law Bob (sister Edith, deceased 2018).
Born in Toronto to William and Edith Fox, Dorothy was the second of three children. She was raised in Swansea and attended Swansea Public School and Runnymede Collegiate, where she cultivated many friendships, some of which lasted throughout her entire life. She will be missed by her Swansea friends.
Following graduation, Dorothy worked in various administrative roles including, coincidentally, a position with 20th Century Fox. These experiences provided her with the foundational coordination and organization skills that would serve her well in the second act of her life.
She met Leo while vacationing with friends in Grand Bend, Ontario and they were married in November of 1961, remaining a devoted couple until his passing in 2010. They settled in a new suburb near Erindale (later to become Mississauga) and together adopted and raised three children, with Dorothy ably mastering the role of homemaker and ‘chief operating officer’. She was a steadfast member of their church (St. Martin of Tours) which was then a very new parish, participating in the church building committee and later as an extraordinary minister serving communion.
Dorothy was a tireless volunteer member of the Catholic Women’s League (CWL) for many years and held the position of council president at the Parish, Regional, Archdiocesan and Provincial levels, ultimately becoming an Honorary Life Member. During this time, Dorothy taught various CWL Leadership courses and attended a great number of conventions. She researched and wrote numerous CWL resolutions on issues of concern to the membership and met with elected officials at all levels to present and advocate for those issues. After serving as Provincial Past President, she took ‘early retirement’ from her CWL career to take care of Leo whose health was then failing. Dorothy truly enjoyed her work with the CWL and appreciated the camaraderie and good humour of her CWL friends.
Dorothy was both athletic and artistic. She enjoyed bowling and basketball in her younger years and aerobics and walking in later years, always eating healthy and staying fit. She also enjoyed drawing and painting and was a keen enthusiast of music, actively encouraging her daughters and son to participate in music-related activities throughout their childhood. Dorothy was an avid environmentalist and loved nature, spending many happy hours in her garden and strolling along the pathways of the Credit River with her dog Finnegan and later with her dog Murphy, both of whom she adored. She was a loyal patron of the farmers market and local pick your own farms. Every aspect of how she managed her household was sustainable and environmentally sound – she was far ahead of her time.
Dorothy and Leo enjoyed a very active social life and greatly enjoyed traveling with family and friends. Dorothy was of the firm belief that no one should spend the holidays alone or miss out on family dinners, and she warmly opened the doors of her home and set a place at her table for those who were not able to be with their own families on such occasions. She also hosted two young men from Poland when Canada held World Youth Day in 2002.
In 2009, Dorothy suffered a life-altering spinal cord injury. Following many months of recovery at Trillium Health Centre in Mississauga and Toronto Rehabilitation Institute – Lyndhurst Centre, she returned to her home for several years. In due course she relocated to Lakeside Long Term Care Centre in Parkdale, where she resided until her death. Over this time she was supported by her children as well as by a number of external caregivers, with whom many close and lifelong relationships were formed. Dorothy responded to the challenges posed by her injury with awe inspiring courage and perseverance.
A very special and heartfelt thanks to all the devoted and caring staff at University Health Network and, in particular, to those at Toronto Rehabilitation Institute – Lyndhurst Centre and at Lakeside Long Term Care Centre who helped Dorothy to live out her final years with more dignity and comfort then could ever have been hoped for. There truly are angels among us.
There will be a visitation from 2-5 p.m. and 7-9 p.m. on Monday, July 18th 2022, at Turner & Porter Funeral Home, 2180 Hurontario Street, Mississauga. A Funeral Mass will be held at St. Martin of Tours Parish, 1290 McBride Avenue, Mississauga at 10:30 a.m. on Tuesday, July 19th 2022. For those unable to attend you can view the Funeral Mass Live at https://stmartinoftoursmi.archtoronto.org/
Masks are requested to be worn and will be provided if required. Reception to follow. In lieu of flowers, the family asks that you please consider a donation either to the Catholic Women’s Leadership Foundation or to the University Health Network (UHN) Foundation.
The family thanks her many friends and colleagues for all their constant expressions of love and support over the last years of Dorothy’s life. Dorothy truly valued her many friendships and was constantly reminded of the impact her life made on others.