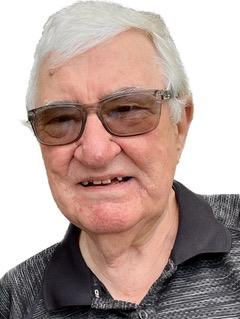 Dying is a wild night, and a new road. – Dickinson

At barely a few days past 74, Ross left this world and moved on to rejoin the energy of the universe, a beloved child of God, loved from all eternity.

Ross left a legacy of laughter, wisdom, and friendship with all who shared in his life. Whether presiding over moot court at Osgoode Law School, regaling friends with misadventures from his many and intrepid travels, pushing the boundaries of ideas past absurdity, arguing politics or doctrine or legal precedent or poker hands, Ross was clearly able to see when the Emperor had no clothes and call him on it to the delight of those around him.

Ross loved music, had a beautiful tenor voice though could only sing the melody. He had eclectic taste from hymns to rock to folk to ska to the holy triad, Leonard Cohen, Bob Dylan and Stan Rogers, with a little Travelling Willburys. He read voraciously, mostly spy fiction and Churchill biographies, loved watching new movies at the cinema or old ones at the cottage with friends. Ross carried in his being the roil and drama, pathos and emotion of the historical story of the 20th century, particularly the Second World War.

Ross had a keen and penetrating intellect that sought clarity and truth, he loved words and language and ideas, never said one word when he could pile on three adjectives, and lived out loud in large, hilarious and jetstreamed thought. He loved driving, particularly fine cars, he chauffeured judges and airport limos but owned VWs and Nissans. He loved playing Rail Baron, poker, Catan, Shanghai, cribbage and was always in it to win. When he stood up at the table with his cards, he was ready to go down and out and catch everyone else with a mittful.

Ross had a broad and comprehensive understanding of the law and a gift for making the deal work so that both parties’ interests were met. He earned a Master of Laws in mediation and went on to coach others in the practice. He went out of his way to help his friends and associates with legal issues. He had just wrapped up his practice and was getting ready to board a plane to NZ when pancreatitis struck him down.

Ruth and Ross had a great and rollicking adventure together for over 30 years. Left behind are his sister Leslie Hunter (Zenon Mandziuk), ex-brother-in-law Gene Allen (Erika Ritter), stepsons Jeremy (Eun A Jo), Jon (Lexie Jelilyan), Jacob (Melody), beloved grandkids Robin, Felicity, Jayden and Jayce. Poppie Ross was always up for reading a story or getting down on the floor to play with trains. Ross’ brother Keith died just this September, and his mom June and father Donald many years ago.

Ross also leaves a huge circle of dear friends who have been his fellow adventurers: Pitsters and pit peripherals, friends from Weir Foulds, from university, from Stibbard Ave., from church, from fellowships, from business and from pleasure.

Donations invited to a charity of your choice, the Heart & Stroke Foundation or LOFT