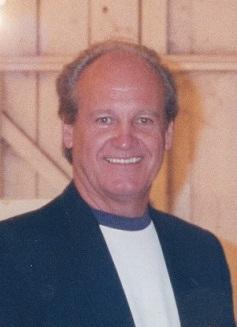 It is with deep sadness that the family of Robert Gibbons announces his passing, in his 84th year, on Sunday, January 3rd at the Toronto Western Hospital. Bob will be sorely missed by Nancy (nee Simmons) his loving wife of 50 years, his children; Lisa, Matthew (Effie), and Elizabeth, and his grandchildren; Christopher, Demitra, and Anthony, as well as a host of colleagues and neighbours, family and friends.

Bob grew up in the small Ontario town of Elmira, famous for Mennonite horse-drawn buggies and the annual maple syrup festival. In 1953-54 Elmira was also famous for its OMHA Juvenile Ontario hockey champs, one of whom was Bob Gibbons. There in his beloved hometown, Bob also showed an early interest in show business, acting in the drama club, playing violin in local music festivals, and even standing on a street corner singing cowboy songs while accompanying himself on a broom guitar.

After high school, Bob worked at small town radio stations, such as CFCO, Chatham, where his duties sometimes included weather reports (sometimes by measuring the number of inches of precipitation in the can on the roof), announcing death notices, or reading the “funny papers” to the children. However, he soon realized that his voice was not the mellow baritone so prized in announcers, so he moved to the Big City of Toronto and applied for a job at CBC TV.

Bob began his long career at CBC in 1956 working his way up from being a cable puller to a cameraman working on sports (Hockey Night in Canada), and variety programs (Juliette, the Wayne and Schuster Show, Country Hoedown). In the ‘60s he became a producer/director of shows for schools and youth, including the beloved Mr. Dressup and The Friendly Giant. In the ‘70s, ‘80s, and ‘90s Bob made original docudramas, Canadian stories written and performed by Canadians (Tragedy – the True Story of the Black Donnellys); Public Enemy #1 - the Alvin Karpis Story). There were local shows (All About Toronto), music and arts specials (Just Jazz, The Great Gathering) and so many more. Bob did it all with enthusiasm and integrity, and retired in 1991 as a highly respected producer/director with many years of experience.

Bob never lost his zest for learning. Even before retiring he returned to school, ultimately earning a BA, an MA, and a PhD. He taught at Ryerson Polytechnical Institute and was a supply teacher at Stephen Leacock Collegiate Institute, a centre of innovations for skills and technology. He volunteered abroad three times for Canadian Executive Services Overseas (CESO): 1997 in Estonia, 2003 in Guyana, and 2005 in Bolivia. He joined a group of record collectors, and learned to appreciate vintage 1930s jazz. He made countless video documentaries for friends, strangers, and charitable groups. He gardened and pulled weeds. He raked leaves, shovelled snow, and sat in the sun on the driveway with anyone who would stop to chat.

Bob was a loving husband and Dad, a creative, gregarious man with a crazy sense of humour and a heart of gold. Wherever he went he made people laugh. He loved to help and he loved to talk with whomever he met - in his Donald Duck voice if you were a child, in his Red Skelton voice if you were an adult, and in scratches and hugs if you were a dog. We are eternally grateful for the privilege of sharing Bob with the world. The world needs more Bobs.

Because of the current COVID-19 situation, a small private family service of committal has been held, followed by cremation. The family hopes to hold a memorial celebration once gatherings are safe again.

Those wishing to make a charitable contribution in lieu of flowers may donate to the Heart and Stroke Foundation by clicking on the link provided.

Friends who wish to leave messages of condolence may do so at www.turnerporter.ca