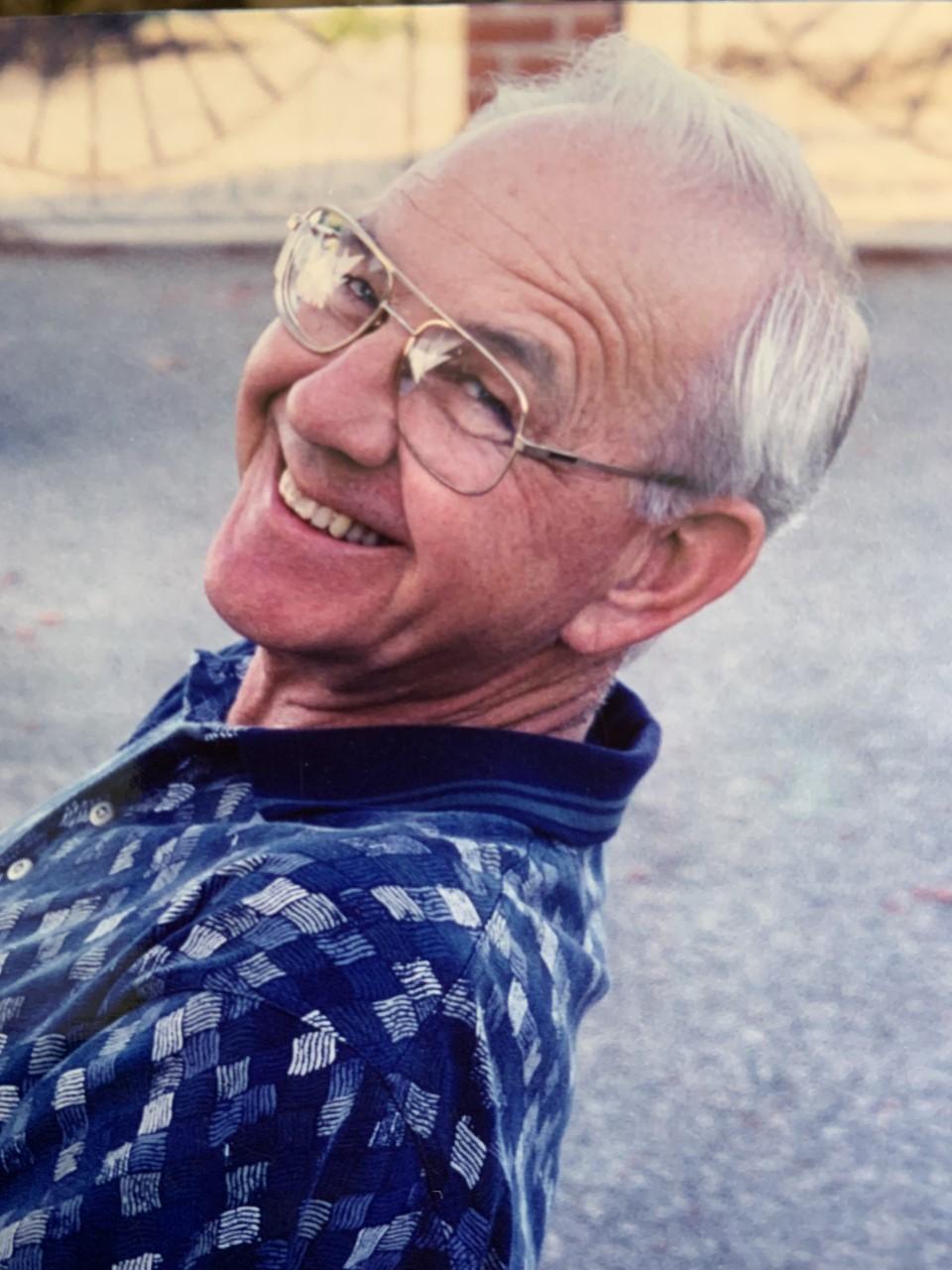 Doting husband of Mildred for almost 62 years. Predeceased by parents William Service and Olga Young, both of Ireland; brother of the late William (Jenny), and of Harry (Betty); father to Kevin (Ula) and Kerry; and delighted Grampa to Laurel.

Dad grew up on Cleveland Street in Toronto, when the north side of Eglinton was farmland. He graduated from Northern Secondary, and was working a job at a hardware store when he happened to deliver some paint to a house in East York. It was there he met and fell and in love with Mildred, whom with some persuasion he would happily share the rest of his life.

They married Sept. 19, 1959, and moved to Richmond Hill, then a small town in the middle of farm fields far outside the city. Dad was the consummate handyman, taking the bare-bones bungalow and renovating every nook and cranny many times, both inside and out.

Kevin was born in 1960, and Kerry followed in 1964. Dad quickly fell into community life, joining the church choir, and becoming a school trustee to make sure the board was doing right by his boys. He formed lasting bonds with the neighbours on Rockport, who were godparents, “uncles” and “aunts” to the boys.

He was a lifelong and proud employee of Bell Canada, but still found time to volunteer with agencies such as Telecare and the Arthritis Society. Vacations with a young family were spent at Wasaga Beach, and later with Mom on trips to England, Ireland and Hawaii. And countless weekend drives with Mom to all the little towns around southern Ontario. Upon retirement he took up golf (and got a first-hand understanding of its frustrations), and took to crafting beautiful dollhouses and other miniatures.

And always the gardens. Spectacular flowers during all seasons, and a large vegetable garden that provided the best tasting vegetables ever. And of course the irreproducible cherries from the tree.

Dad’s favourite restaurant was his own house, whether a backyard barbeque, a birthday, or every holiday squeezed around the dining room table. Everyone was welcome, and left feeling better for his hospitality. They really came for Mom’s cooking, but it was Dad’s jokes they remembered.

Mom always wanted to move back to “The City”, and Dad’s joking response was always “Go ahead”. But eventually age took its toll, and they sold the only house they ever lived in and moved to a condo. Dad developed dementia his last few years, but still managed a smile and a little joke for whoever was around. Special thanks to his caregivers at Seven Oaks and at Kensington Gardens for their kindness and support.

He will always be the nicest, kindest man any of us will ever know.

According to his wishes, cremation has taken place with a small private ceremony. A more public celebration will take place in the future – he would never miss a good party with friends.