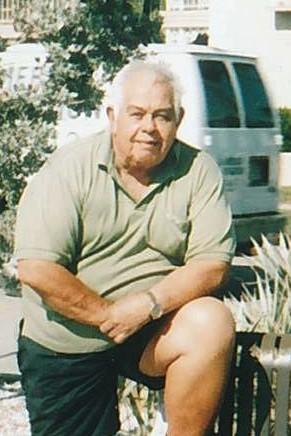 He is survived by his two children, Denise and Stephen, seven grandchildren: Dwayne, Desi, Donna-Lee, Gabrielle, Ryan, Simone, and Shawnelle, nine great grand-children: Elijah, Adrianna, Gabriela, Delilah, Daniella, Lorenzo, Logan, Chloe and Michael, his sisters Monica and Sylvia, along with many nieces, nephews, extended family, and countless friends. He was preceded in death by his beloved wife Annie, his son Desmond, his brothers Irving, Enrique, Frankie, and Vernon, and his sister Yvonne.

A funeral mass will be held at St. John of the Cross Catholic Church on Tuesday, January 17th at 11:00 AM. For those who wish, donations may be made to the Alzheimer's Society of Canada or the Canadian Cancer Society.

A lunch reception will be hosted at the Four Points Sheraton Mississauga Meadowvale, 2501 Argentia Road, Mississauga ON L5N 4G8 from 12:30 PM to 3:30 PM.