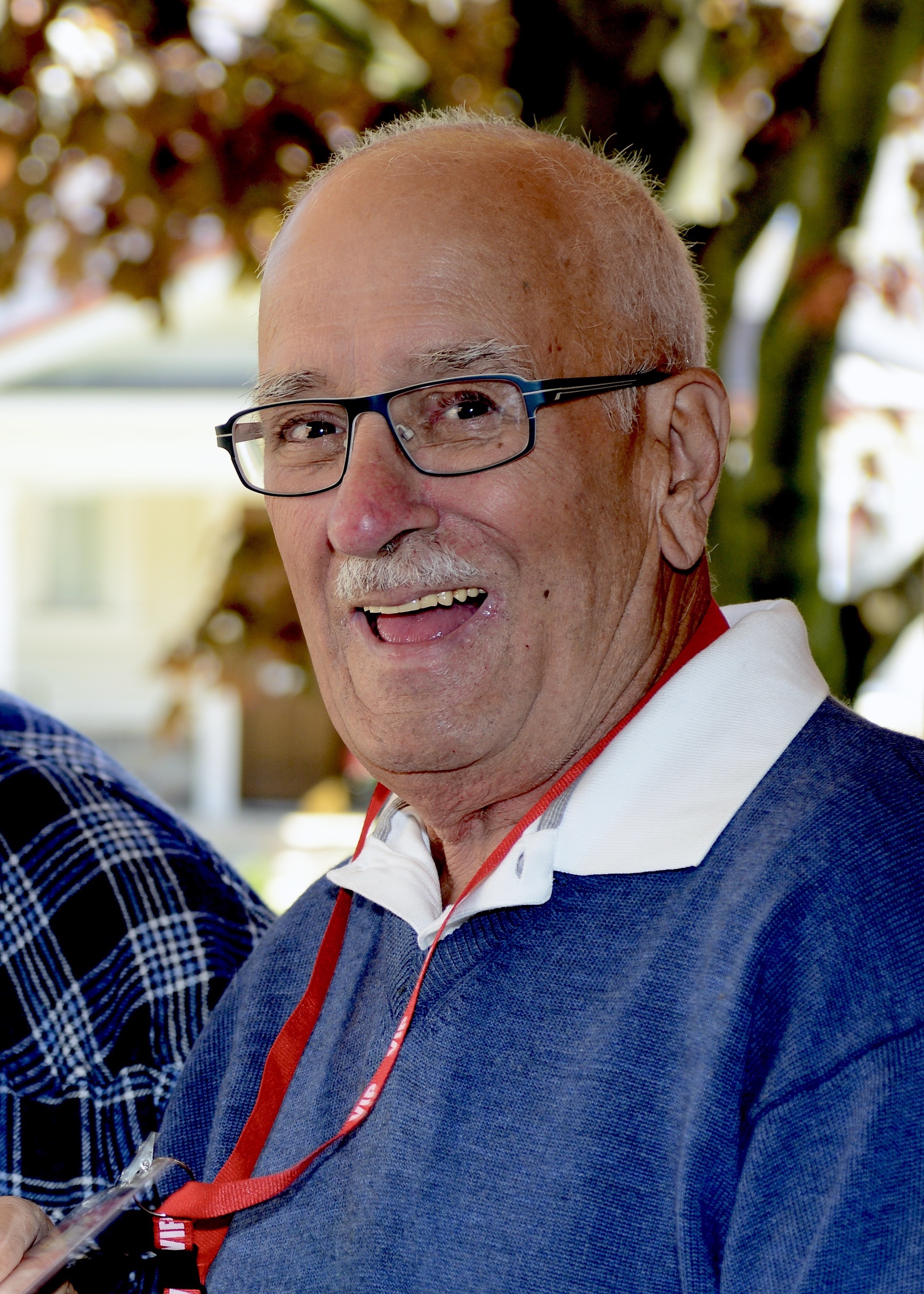 Christopher Robert Albert Holmes (Sr.), film industry icon, passed away Friday May 29, 2020 at Sunnybrook Hospital in Toronto, Ontario at the age of 82.

Chris (Kit) was born on April 12, 1938 in Ottawa, Ontario to Christopher and Faith Holmes, the family moved soon after to Toronto, where he grew up on Brunswick Avenue. Chris began his film career at 18, with Jack Frost Power and Lighting. He married Yvonne Flesher, whom he described until the end as his best friend, in 1961. Over ten years, the couple welcomed four children into their lives, each of whom would follow their dad into the “family business”.

Chris spent five decades as a filmmaker and loved his work and craft—almost as much as he loved the people he worked with. As a charter member of IATSE 873 Chris was instrumental in the growth of the Canadian film industry and leaves an enduring legacy, both in the films painted in the light of his consummate artistry and the countless lives and careers he shaped with his generous mentorship, understated brilliance and gentle humour.

After his wife Yvonne passed in 1993, Chris went on to marry June Styles and the two spent many happy years together in their Toronto home. Chris was an accomplished woodworker often making handcrafted gifts for his grandchildren in his home workshop. As an avid golfer, he spent many hours on the links with his brother Eric and dear friend Allen Greenwood, where he enjoyed being in nature as much as he did the company.

Chris was a believer in the importance of family, as evidenced by the loyal relationships he shared with his siblings and their partners. As a compassionate and dedicated grandfather, Chris could always be counted on to offer his unwavering support to his grandchildren—alongside his patient and enthusiastic teaching. Chris’ children describe him as honourable, resilient, sensitive, humble, hardworking and kind. They are grateful he never hesitated to let them know how proud he was of each of them, nor how much he loved his entire family.

Together Chris and Yvonne pass down a powerful legacy of love and support to their children. Evident in the way Chris Jr. pushes Christopher, Quentin and Bridget to be their best, while simultaneously letting them know he loves them no matter what. The way Nikki so effortlessly shows Ella, Caelin and Jack his love, embracing his 20 year old sons the way he did when they were toddlers. The way Sara holds space for Joey and Evie to be their full spectrum, fabulous selves. And the steadfast way Jim anchors his family, offering unwavering support to Alex and Max, delivered with that oh-so-Holmes dry humour.

Due to current restrictions, a private service limited to the immediate family will be held on Wednesday, June 3rd. When circumstances permit, the family looks forward to welcoming all those touched by Chris’ kindness, generosity and humour to a celebration of his life.

The family would like to thank the caregivers of Sunnybrook Hospital, including Dr. Robert Fowler and Dr. Giuseppe Papia for their dedication and efforts. In lieu of flowers, a donation to the Sunnybrook Foundation or an unsolicited act of kindness to someone in need would be a fitting way to honour Chris’ memory.
Order Flowers
Make a Donation
Help Extend the Memorial
Order a Keepsake Book