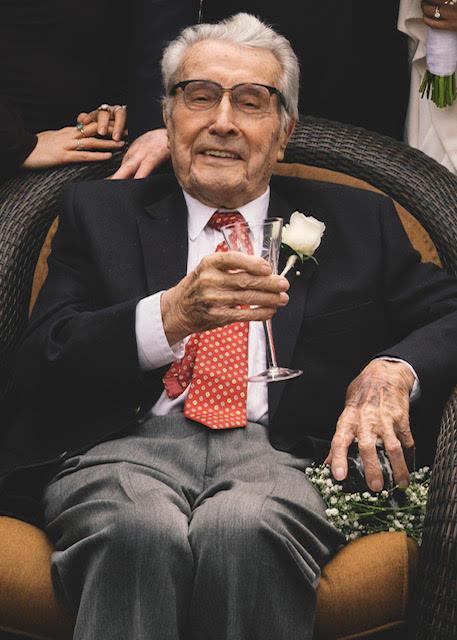 It is with great sorrow and a very heavy heart that we announce the passing of Bronislaw Anthony Kosiba on Tuesday, February 23, 2021, in Toronto. Loving husband to Elidia. Proud father to Ewa (John) and Marek (Cathy). Adoring grandfather to Vanessa, Nicholas (Daniela), Wesley, and Laura. Caring brother to Danuta Borzemska. Devoted son of Rudolph Kosiba & Stanislawa Alberti. A private family service will be held on Monday, March 1, 2021. Please check back for information on the live stream link.

Bronislaw’s early life was an idyllic one. He was born on June 6, 1927. His sister was born shortly after in 1929. They lived a nice life in Czortkow until rumours of the war began to circulate. Rudolph who was a special intelligence officer with the polish army moved the family to the Romanian border in 1939. While at the Romanian border Stanislawa received word that her mother and two sisters, as well as their niece, had made their way back to Czortkow to escape a German invasion in the West. Stanislawa felt compelled to reunite with her mother and sisters, so returned to Czortkow along with her children, leaving Rudolph with his army camp. Within two days of the family’s arrival back in Czortkow, Russia invaded Poland from the East. Being the wife of an army intelligence officer Stanislawa was arrested.

Separated from his mother for nearly 6 months, Bronislaw and his family were placed on cattle cars to be sent to Siberia. In what he always described as one of the happiest moments of his life, Bronislaw looked out of his cattle car window to see his mother on the platform and was finally reunited with her. An arduous 40-day journey on cattle cars to Kazakhstan seems unimaginably terrible, but Bronislaw often described it as “not so bad” the joy he felt being reunited with his mother made the trip tolerable. The years that followed in Semipalatinsk were the worst in Bronislaw’s life. A Russian army truck struck and killed his mother in what was described to the family as a targeted hit and run. At the age of 14, Bronislaw personally and without help dug his beloved mother's grave. Having always had the intention to join the army Bronislaw left his sister and aunts and joined the Polish Army Cadets. Here began his travels through Persia, Palestine, Italy, Scotland, and finally, England where after many years apart he was reunited with his sister and family.

Bronislaw met the love of his life, his beautiful Elidia (Lila) in London in 1949. After a year-long courtship, news that Lila’s family was moving to the United States motivated Bronislaw to propose. They were married on December 28, 1950. While the couple lived in Nottingham, Bronislaw earned his degree in Chemical Engineering. Elidia, having always been close to her parents, longed to be closer to them again, so in 1953 Bronislaw and Elidia immigrated to Toronto, Canada.

Toronto had a large Polish community which Bronislaw and Lila quickly joined, it was this community where they made many lifelong friends. They bought their first home at 27 Glenlake and started a family. Bronislaw secured employment as the General Plant Manager for Resin Production at Glidden paints, where he remained for 32 years. Bronislaw and Elidia built a cottage at Cawaja Beach, this became an integral part of their family’s life. His best friends Jerzy Rytwinski, Josef Fischer and Walter Uglik who also had cottages in the area were known for walking to each other’s places for their well known “eye-openers” (morning cocktails), enjoying the beach, sharing meals, picking mushrooms, and many other joyous times together. Travelling the world with Lila was his favourite pastime. Extensive tours of Poland, region by region, including his birthplace and childhood home in Czortkow, Podole. Spain, Portugal, Egypt, Morocco, England were only some of their favourite destinations. Waikiki was a destination with extra meaning, where the couple spent extended periods of time. An avid skier until he was 85, Bronislaw travelled the world in search of his favourite slopes. Although just a bunny hill, Centennial Ski hill in Toronto held a special place in his heart, where he’d meet and ski with friends daily.

Bronislaw’s life was further enriched when his grandchildren were born. He shared his love of skiing, Cawaja, and Hawaii with them. He led by example, exuding the logic, love, and integrity he’d learned during his life. He enjoyed hearing about their goals, their joys, their adventures and mistakes, always guiding them. We will miss him dearly, but he will live on in all of us. May he rest in perpetual peace. Niech spoczywa w pokojiu wiecznim.

The service may be viewed livestream on Monday March 1st at 1pm at https://youtu.be/lpSo9H9txwk
Order Flowers
Make a Donation
Help Extend the Memorial
Order a Keepsake Book