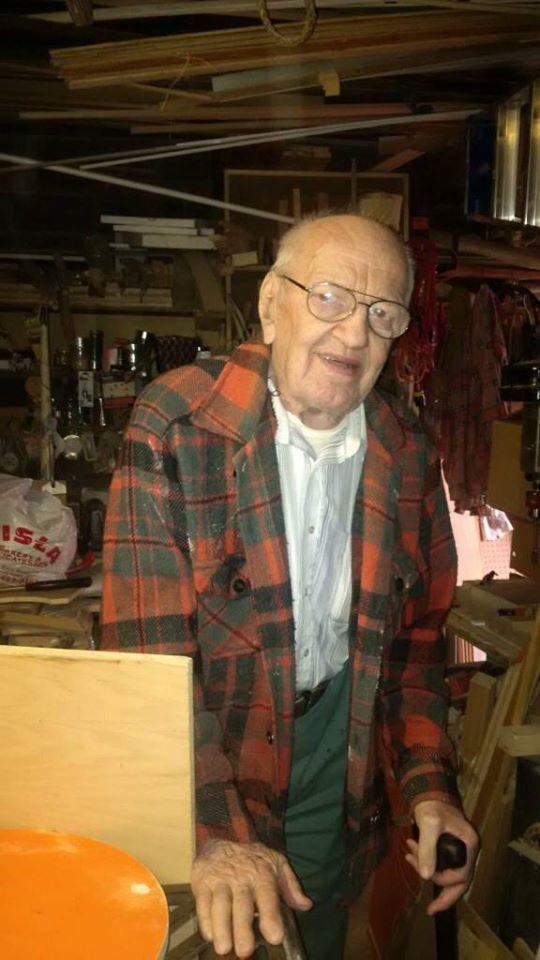 Bronisław (Bruno) Gilas, aged 99, died on Thursday April 23, 2020
in Elm Grove Living Centre, Toronto, with his wife, Leokadia, at his side. Born on April 16, 1921 to parents, Maria and Jakub Gilas, in Radzięcin, Poland. He is predeceased by brothers and sisters, Marek, Stanisław, Bolesław, Marianna, Józef and Hania. During WWII Bruno was taken to a forced labour camp in Hanover, Germany and after the war to a DP camp in Lehrte. In 1947, a program to move Displaced Persons out of refugee camps in Germany to fill labour shortages in Canada found him, by way of Halifax, in Port Arthur, now Thunder Bay, working in the bush for Nipigon Lake Timber Company. Bruno met his wife, Leokadia, in Toronto. They made their permanent home, which he built himself, in Etobicoke. When he retired he continued building and renovating for friends and family and kept busy in his garage, woodworking and furnishing the neighbours with his signature maple leaf house-number signs well into his 90’s. He was a very grateful Canadian. He is survived by his wife, Leokadia, his sons, Bruno, Tom, Henryk (Debra) and his daughter Barbara “Basia” (John). Dear Dziadzia to Robin, Amber and Kyle. A proud member of the Carpenter’s Union, Local 27 for 60 years, Bruno, called by friends and care workers, a “gentle giant,” will be missed. Many heartfelt thanks to homecare workers: Victoria, Fantu, Tsering, Sarah and the staff at Elm Grove Living Centre, Norma, Janet, Pauline, Joe, Floribel, Amra, Jessica, Carmela, Stennett, Darina, Saraj, to name but a few. Interment will be in Park Lawn Cemetery. Memorial donations to truenorthaid.ca, matthewhouse.ca and OPSWA Online condolences may be made through www.turnerporter.ca