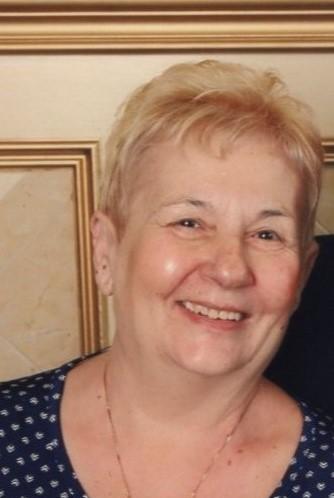 It is with profound sadness that we announce the passing of Barbara Carol Olsen on January 10, 2023, in Mississauga, ON. Barb passed peacefully surrounded by her husband, Richard, and family members, after a short and courageous battle with pancreatic cancer. Barb was born on July 16, 1951, in Sackville, NB to parents Edward Leblanc and Irene (Cormier)
Barb grew up in Port Elgin N.B. and spent her early years there. Barb met Rick in 1966 in Grade 9 in High School and started dating the next year which led to a loving relationship of over 57 years. Barb & Rick married in 1970 and welcomed their first daughter, Angela, in the fall of 1970 and the second daughter Karen, in December 1977. Barb & Rick were the proud grandparents of 4.
Barb loved her Bingo and we have had many funny stories over the years. Barb was also an amazing cook, and her reputation was for having our guests take the leftover food home with them. Her coleslaw, meat on a stick, and gravy were a favorite amongst the grandkids and the sons-in-law.
Barb worked in Data Entry at Carlton Cards for over 30 years & Kuehne & Nagel for 15 years before she retired in 2016.
Later in life, Barb & Rick started traveling to southern destinations for many fun vacations with lots of travel stories that are still talked about with much laughter. In later years Barb & Rick brought the family & grandkids along, whom she was so proud of. Aruba in the later years was the favorite vacation spot of choice and in May 2022, our youngest grandkids were able to join the family for their first trip south.
Barb will be deeply missed by her husband of 52 years, Richard, and her 2 daughters, Angela Olsen-Noseworthy (Darren) of Innisfil, Ont. and Karen Parisi (Olsen) & Phil of St Thomas, Ont. 4 Grandchildren, Adam & Cory Noseworthy and Isabella and Joseph Parisi, Sister Betty Ann (Henry) Robichaud of Fredericton, N.B. as well as many nieces and nephews and her many friends.
Barb was pre-deceased by her Father, Edward LeBlanc, Mother, Irene (Cormier), & her Older Brother, Ronald LeBlanc.
In lieu of flowers, we would ask that you direct your time and money to various good causes throughout your own community or any contributions to the Canadian Cancer Society.