The portion of Antonio Jorge memorial that you are trying to access requires an extension in order to become active again. Would you like to contribute to the memorial?s extension? 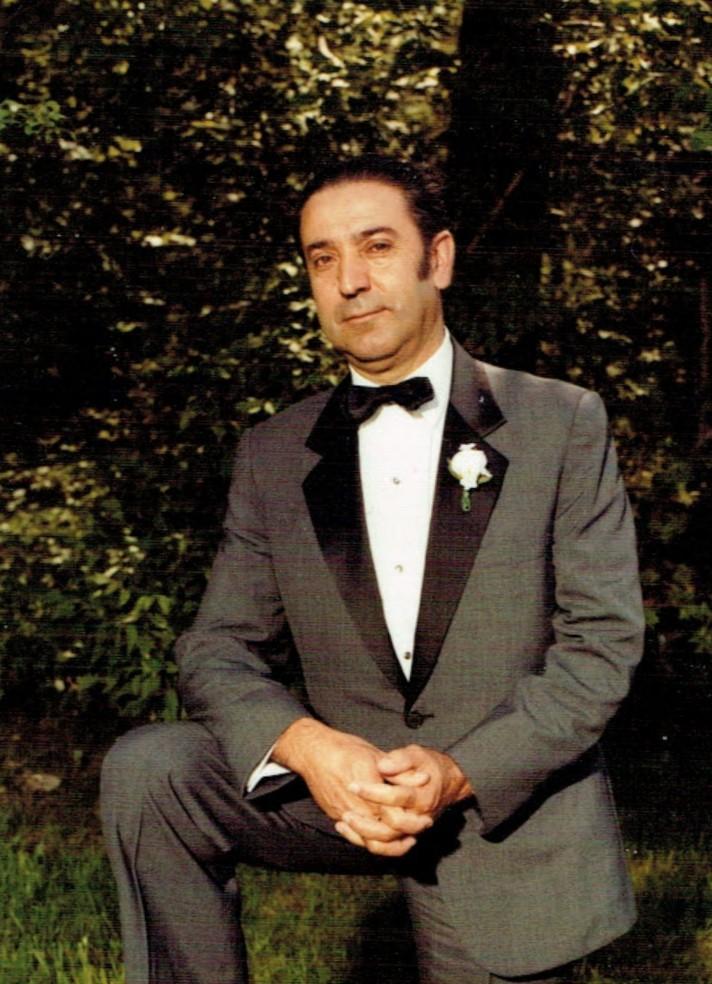 For the safety of family and friends, a private service will be held.

Guida and Luisa Arsenio (Niece and Sister in law)

It is, for all, a great loss when a loved one passes, and it can also be a great time to focus on our memories of our loss. We remember how much Tio Antonio loved to host a good gathering so he can bbq those sardines. He took pride in that.(Nice picture). Growing up I always called my uncle Tio Goerge with a G. I always thought his name was George Jorge as a child and he went on having me believe that. I recall him saying, "only special people are allowed to have 2 same names. He was quite a kidder.
To the family, may tender memories soften your grief.
Love from Guida and Luisa

Thank you for all the dinners and garden parties at your house when we where kids. You will be missed. Rest in peace.

In our prayers and thoughts.

I will always remember our summer visits to his Garden where we would order pizza and pick some of the vegetables. He put so much time and care into the little green oasis in the middle of a GTA suburb. He was so happy to meet Connor for the first time and I'm thankful we had that opportunity. Our thoughts and prayers are with him.

We are so sorry to hear of Tio Antonio passing, our sincere condolences. As a child I would refer to Tio Antonio as Tio Jorge. I got to know more of who Tio was by his actions and how he lived his life. He was an intelligent, conservative, quiet, pensive and goal achiever kind of man. As a child I remember him at the barbeque grilling and enjoying the barbequing process and the pride he had of presenting his master piece to his guests. We wished that we could be with you all for moral support during this sad time. May the peace of Christ and Gods blessings be with you all.
Love cousin Ana and family.

THE LIFE OF ANTONIO JORGE

Antonio was born 15 de Setembro 1929 in the village community of Bairro da Nossa Senhora da Luz (Neighbourhood of Our Lady of the Light) in Portugal. Bairro was closer to the city of Caldas da Rainha but fell just inside the borders of the township of Obidos. His parents were Guilhermina Maria and Francisco Jorge. They were overjoyed with his birth and not able to have any more children.

Guilhermina was the second youngest of 8 children. Her mother, Sebastiana, was an unofficial midwife and helped with her grandson's birth.

Francisco was the only son of Narcisa Maria Rei. She had developed a relationship with a Joaquim Jorge who lived in Foz do Arelho, 10 Km away. How they met is a mystery, since Francisco was born in 1894, well before internet or automobiles. They did not marry and Antonio's grandfather instead married another lady in Foz do Arelho, with whom he had about 10 other Jorge children. These were therefore all half uncles/aunts that Antonio Jorge never met. Co-incidentally, it is known that several of the Foz do Arelho Jorges also came to Canada.

Antonio's maternal grandmother, Narcisa, instead married a widower in Obidos and lived in the actual walled town. In fact she lived just a few doors away from the primary school that little Antonio attended (at the south end of town, near the castle). He would walk about 2 km both ways every day to school for 4 years (primary school was only 4 years at the time).

He was such a bright, enthusiastic and dedicated student that the teacher strongly encouraged his mother to let him go on in school. His father, however, determined that he needed Antonio to help him with work at home and in the fields.
It was one of Antonio's biggest disappointments in his life and made him more determined to get ahead in life and get away from the poverty of his parents' lives. Antonio worked at a variety of jobs, including at a chalk mine as an adolescent, as well as working with his father, tilling what little land they had.

In 1949 he was drafted into the army and excelled as a soldier at the base in Caldas da Rainha. Before being let go from the army he was promoted to corporal (which was unusual) and offered an assignment to train recruits in Portuguese Africa. He wisely turned down the opportunity.

He instead applied for a good job in Lisbon in the city's "Carris" public transit system. An older man from his village already worked there and gave him some guidance. Antonio was one of only 2 to be hired out of 50 applicants.

His next major step in life was to marry Silvia Arsenio, the girl that had caught his eye while he was in the army. They had 2 children born in Lisbon; Jose Antonio and Maria Ines.

Antonio turned down an opportunity to live in Argentina, where an uncle and cousin already lived, opting instead to aim to live in Canada, like many other transit employees.

Antonio set about learning how to be a baker's assistant (an occupation needed in Canada at the time) by convincing the local baker to train him in exchange for free labour, during his off hours from the transit job. He also started taking English lessons and came to Canada in 1960, where he became known as Tony.

He left his wife and 2 small children in Portugal for 2 years while he worked very hard 6 or 7 days a week, working at any full time and part time jobs that he could get. It is important to know that he had nobody to help him.

During this time he travelled to Connecticut to see a dying uncle. While there, his other uncles and his cousins offered to help him settle there. He actually obtained US Immigration forms in Toronto to fill out but his income and job prospects were improving in Toronto. He made another key decision; to stay in Canada, even though he had no family here at all.

He worked hard to earn money and did not spend it unnecessarily. He learned to read and speak English as fast as he could. He learned to drive, bought a car and then a house in north Toronto for the family to live in. He rented the upstairs to be able to afford it.

He set up his own cleaning company and got contracts with North York Hydro, a Royal Bank branch and others businesses. He was very successful and soon he had enough money and credit to buy 2 houses in North Toronto to fix up, rent out and sell later, after values had gone up.

In 1974 he tentatively moved back to Portugal, just after the dictatorship there had been overthrown. Within a year he decided to move back to Canada because his family was not happy living there.

Tony then tried different things, including working as a real estate agent and for Ontario Hydro, until he got a job as a Portuguese language interpreter for the Immigration department. He did this until he retired at age 64.

Since then he has been very active in local churches; gardening in his back yard (growing as many tomatoes, etc, so that he could give them away); making wine; providing regular company to elderly residents of retirement homes; watching soccer on TV (as a teenager he played for the local team) and praying for everyone that he knew, especially his son, daughter and grandchildren.

As well as many stays in Portugal, the highlights of his retirement were various religious excursions that he took to Spain (Santiago De Compostella), France (Lourdes), Italy (the Vatican), Israel (Jerusalem) and Egypt, as a side trip from Israel.
He lived in his own small house in Etobicoke from 1995 until 2019, when he decided that he should not live alone any more. In December 2019 he moved into Conestoga Lodge retirement home in Kitchener to be close to his son and 2 of his grandchildren. He was very well taken care of there and happy, despite mandated Coronvirus' restrictions.

Coronavirus did not claim him, but he died peacefully and with no pain from pneumonia complications, at Saint Mary's hospital in Kitchener. At Tony's daughter's instigation, Father Murray rushed to provide him with the anointing of the sick sacrament, which relieved him greatly and gave him strength to fight his illness for another 24 hours.

Tony passed away very suddenly late on Divine Mercy Sunday (11 de Abril 2021). He is in heaven with his mother and other loved ones and he will be missed by those here on earth. 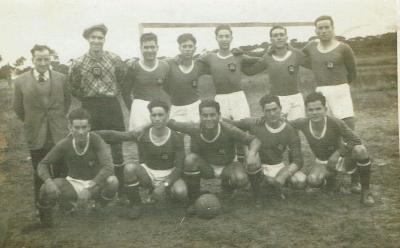 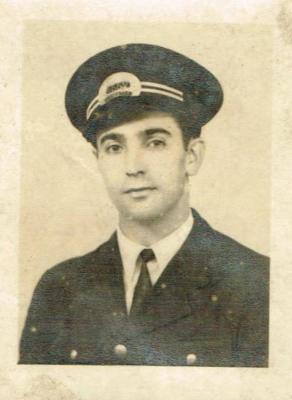 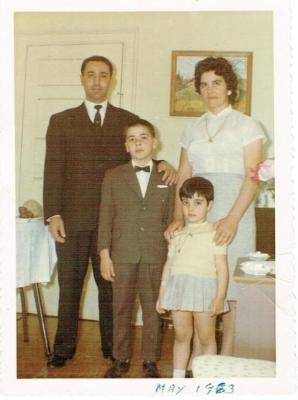 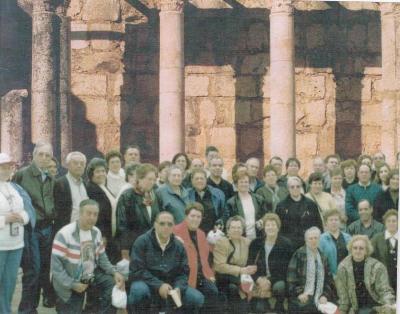