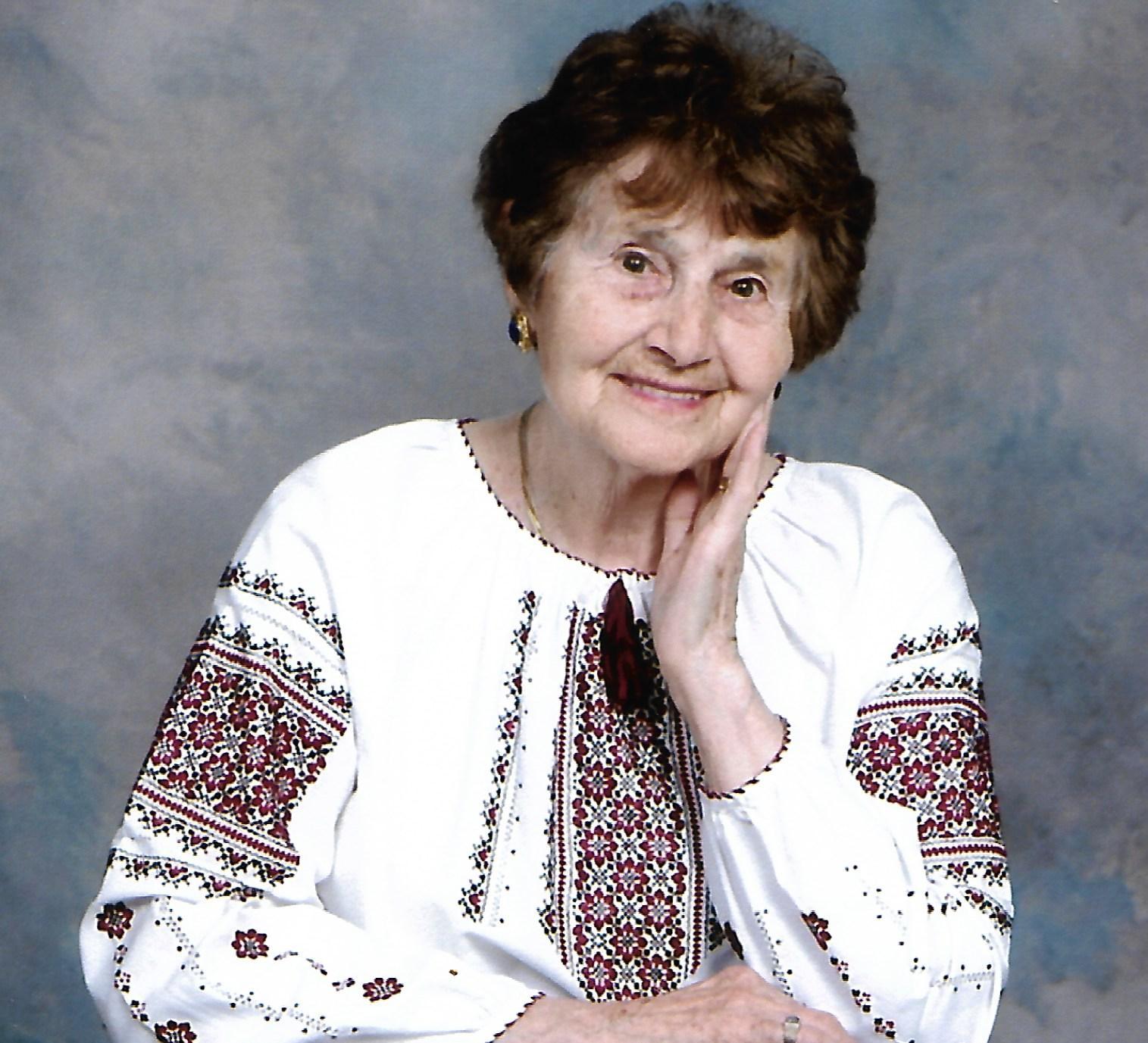 It is with great sadness that we mourn the passing of our Mama, Baba, and Aunt, Anna Kuszczak (née Kopiec). Anna passed away peacefully at Humber River Hospital on May 30, 2020. Beloved wife of the late Mychajlo Kuszczak (2001), loving Mother of Bohdan (Sophie), and Danusia (Michael - 2015) and proud Baba of Cassandra and Julian (Sophia).

Anna was born on July 6, 1928, in the village of Radowa, Povit Yaroslav, Western Ukraine. Anna had four brothers and one sister, Steven, John, Marynia, Vasyl (Bill), and Yurko. Steven, John, Marynia were born in the United States as their mother, Kateryna, had lived in the U.S before she met and married Mychajlo Kopiec. Later the family moved back to Radowa, where three more children, Vasyl (Bill), Anna, and Yurko were born. Kateryna raised the children while Mychajlo worked on his farm.

When operation Vistula (“Akcia Visla”) began in 1947, the Polish Army forced Ukrainians out of their homes leaving them only a few hours to gather their belongings. Anna’s family was forced to move and settle in Lazy, now Poland where in 1952, Anna met and married Mychajlo Kuszczak. They welcomed their son, Bohdan, in 1954 followed by their daughter, Danusia, in 1958.

The family immigrated to Canada on December 19, 1958, and settled in Toronto. Anna and Michael dedicated their time to making a better life for their family. Anna first worked at the Fallingbrook Bowling Alley, then as a waitress at Harbour Castle & Sheraton Hotel, the CN Tower, and Beth Emeth Bais Synagogue.

Anna enjoyed visiting her extended family and friends across North America, loved spending time in her beloved garden, creating beautiful embroidered pillows, and spending weekends up at Veselka visiting her children and later her grandchildren. Anna was a member of the Ukrainian Catholic Women’s League and volunteered at the church of the Holy Protection (Sv. Pokrovy). Anna devoutly attended Sunday mass and pinched perogies with her daughter and granddaughter at St. Joseph’s Ukrainian Catholic Church, Oakville.

In 2015 she moved into the Ivan Franko Home where she enjoyed playing bingo, bowling, painting, as well as singing and socializing with the other residents. She was proof that it is never too late to develop hidden talents and became a budding artist, at the age of 89. In her later years, Anna battled with Alzheimer’s. To give her the best possible care and attention, she moved into the Ukrainian Canadian Care Centre, December 2019. There, she lived out her last days. Regrettably, COVID-19 showed no mercy to Anna’s kind and loving soul. To give her a fighting chance to beat the virus, Anna was transferred to Humber River Hospital where she passed peacefully in the loving care of hospital staff.

Anna will be dearly missed and never forgotten.

Due to the current conditions under COVID-19, a Private Funeral will be held on Tuesday, June 2, 2020.

In lieu of Flowers, Donations can be made to The Alzheimer’s Society of Canada (https://alzheimer.ca/en/Home/Get-involved/Ways-to-donate) or St Joseph’s Ukrainian Catholic Church, Oakville (http://tserkva.ca/)