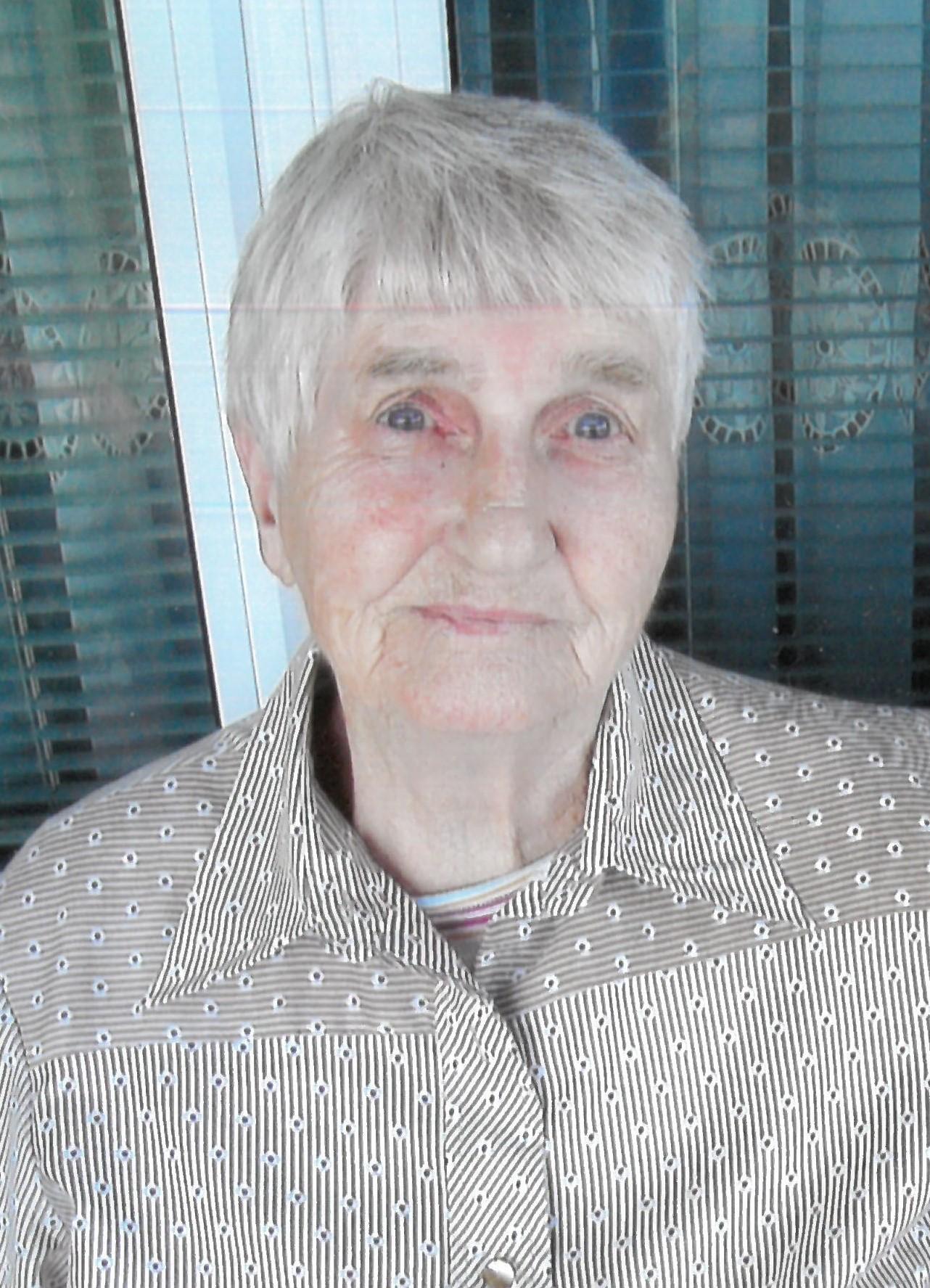 The Kit family is saddened to announce the passing of Anna.

Anna Leskiw was born on August 7th, 1929, the youngest of 3 children.
She had hemiparesis from birth: due to a lack of oxygen, Anna suffered lifelong weakness on the right side of her body, making it difficult to eat, dress and walk.
She suffered ridicule from local villagers and children as a result, being called ‘kruvolyuha’ by some.
Even a local schoolteacher berated her in front of the class, demanding that she write on the chalkboard with her right hand.
In the Ukrainian culture and in many cultures at the time, left-handedness was not culturally acceptable, and was even considered ‘evil’ by some.
Anna cried a great deal at home and was consoled by her brother, for whom she had great affection.
The next day, her mother walked to school with her, and explained to the teacher why she could not use her right hand.
These extremely painful early episodes were remembered by Anna for the rest of her life.

Anna’s father worked in Canada for about 2 years, beginning when Anna’s mother was still pregnant with her.
Upon returning, he wanted to move the family to Canada to start a new life.
Anna’s mother refused, claiming attachment to the land of her fathers.
Anna always questioned her parents on this decision, and chose differently when she was presented with the opportunity.

In fact, Anna’s parents made a poor choice.
In the spring of 1947, when Anna was only 17 years old, the Polish Army executed the infamous ‘Operation Wisla’.
150,000 Ukrainians were ethnically cleansed from Zakerzonnia (on the Ukrainian-Polish border) to lands in northern and western Poland.
Anna’s brother, Myhailo, was a soldier in the Ukrainian Insurgent Army.
The Polish Army wanted information on his whereabouts from Anna.
Even though she knew, she successfully withheld this information and kept her brother safe.
The Polish Army beat Anna, and burned down the family home.
The animals in the barn were burned.
Two men chased Anna across an open field, shooting at her and trying to kill her.
Anna subsequently recounts these events in graphic detail in her memoir “The Fortunes of Zakerzonnia: Reminiscences of the Village of Korchmyn”, published in 2002.

Anna’s family was deported to northern Poland, to Cewice, just west of Gdansk.
They later moved to Lebork, a larger city that was nearby.
Anna obtained work as a bookkeeper at a major ceramics factory, and carried out duties such as paying all the workers in cash during each pay period.
She carried out these duties well, and was even able to use her work influence to secure a better house for her parents.

In 1966, Stepan Kit, a Ukrainian immigrant residing in Canada, began a correspondence with Anna Leskiw to which she did not initially respond.
After several letters, she did give a response and this began a courtship which gave Anna the opportunity to leave Poland and communism.
On August 1, 1966, she boarded the ship ‘Batory’ in Gdansk and set sail for Montreal with US $5 in her pocket.
She made an incredibly courageous decision that resulted in a marriage to Stepan Kit for 41 years, until his death in 2008.

Anna was always a religious woman, as were the villagers of Korchmyn.
Anna was very aware of the famous icon to the Mother of God located in the church at Korchmyn, which was said to work miracles.
That icon had been at that church since 1382, but was removed to a museum in Krakow, Poland in 1947, as a result of ‘Operation Wisla’.
Anna wanted to rectify this as best she could, and so at her own expense, she commissioned a painter to create a new icon to the Mother of God, which was formally installed at the church in Korchmyn in 2011.

Anna was a parishioner at the Dormition of the Mother of God since 1973, and the Kit family contributed a large sum to the construction of the existing modern church, which was completed in 1977.
She supported the church over the years, including as a vendor of books and periodicals at “Yarmarok”.

Anna lived a long life of more than 93 years.
Sadly, she suffered advanced dementia starting in May, 2020.
The last 2 years, 7 months of her life were thus most difficult.
Her husband of 41 years, Stepan Kit, passed away in 2008.
She leaves one son, Stepan, and family in Canada, America, Poland and Ukraine.