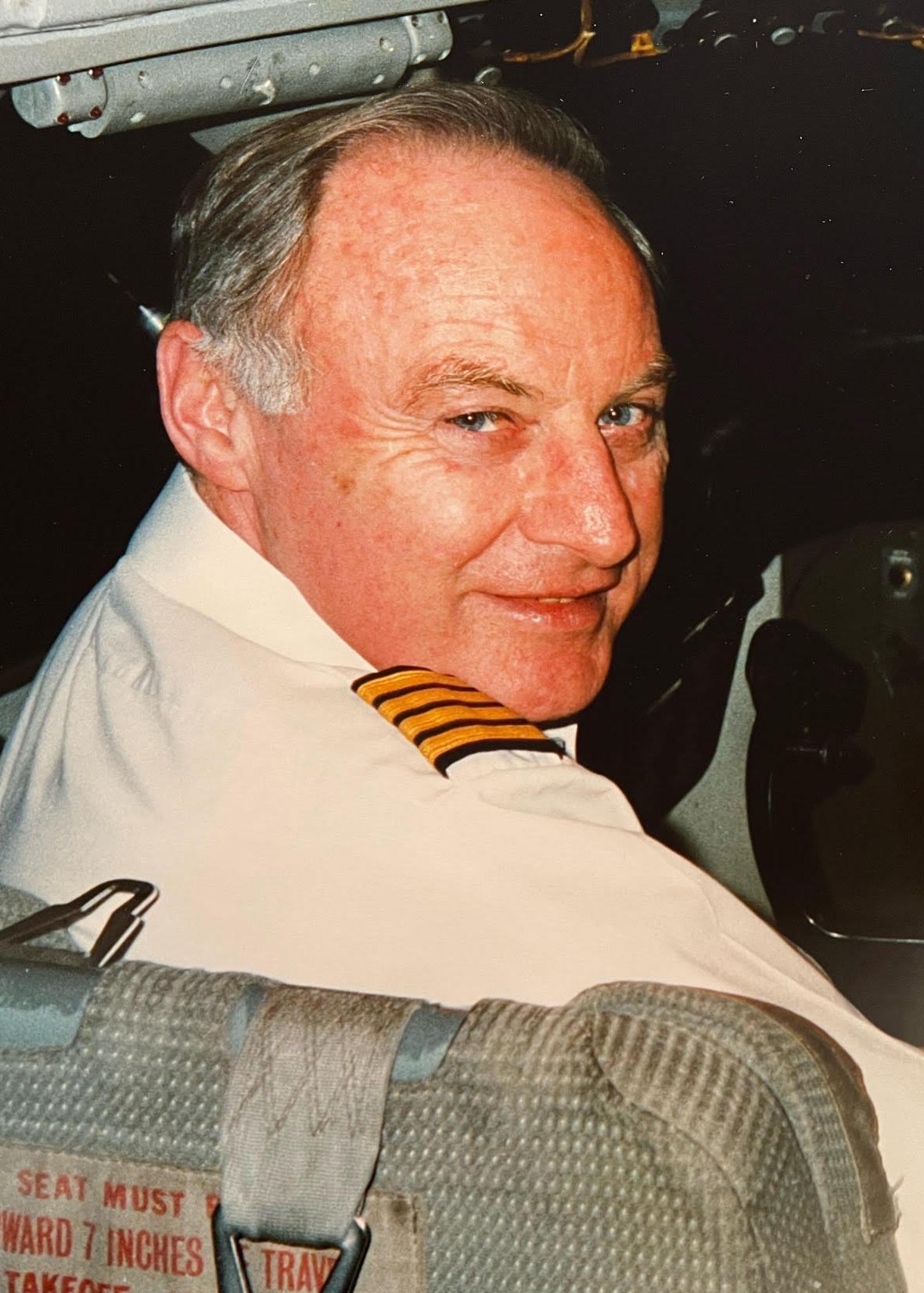 It is with great sadness we announce the sudden passing of Gary Anderson at the age of 89 on December 31st. He passed peacefully in his sleep at home in Mississauga.

Beloved husband and best friend of Carole and loving father of Craig (Brenda), Kyle (Nancy) and Krista (Jason). He will be greatly missed by his seven grandchildren Taylor, Stephanie, Matthew, Ryan, Curtis, Andy and Spencer as well as his nieces, nephews and extended family.

Gary was born and raised in Gananoque, Ontario. It was here where he found his lifelong passion for flying and started his career in aviation. He began his career with Trans Canada Airlines and would continue with Air Canada until his retirement with 40 years of service in 1991. Gary left a mark on everyone he flew with and will be remembered by his colleagues for the standard he set in the flight deck, the levity he brought to the job and kindness with which he treated others. Gary met Carole, the love of his life, on a flight on the Vickers Viscount (one of the nine planes he would fly in his career). They married in 1959 and would begin a life full of memories, laughter, love and travel. Over their 62 year marriage Gary and Carole would see every corner of the earth on their travels from the flats of the African Serengeti to the mountains of Europe and the wilderness of Australia. He would bring his travel experiences home and share stories with his multitude of close friends. Gary was a friend to everyone he met. There wasn’t a person who could be in his presence and not feel the stitches of laughter he would leave them in. Gary would light up any room he walked into with his quick wit and priceless sense of humour.

Gary was an avid fan of everything to do with Toronto sports. He never missed a Maple Leafs, Argonauts or Blue Jays game. He could talk for hours about the players, the management and the Maple Leafs Stanley cup drought that he could just not wait around for any longer. He loved to play sports as well. He and his oversized racquet were a staple at the Ontario Racquet Club and Gary was a hit on the 19th hole of every golf course he played.

Gary’s greatest pride and joy was in his children and grandchildren. His smile was biggest at family dinners where he would sit at the head of the table, sometimes silent, and watch his progeny laugh, joke and play around while he would work away at his chicken pot pie. He watched over his grandchildren with an attentive eye and to them was always a shoulder to cry on, an ear to listen and a confidant to share anything and everything. He loved his grandkids with all his heart. He would brag about them to anyone who would listen and wouldn’t pass up an opportunity to go to a movie, attend a hockey game, or just sit around the dinner table for a heartfelt chat with them.

A legend to his family and friends, Gary lived a life worth living. May your last flight west be one of peace and tranquility. You will be forever missed but never forgotten.

A private family service will be held at the Turner & Porter Peel Chapel – Mississauga and a Celebration of Life Service will be held at a later date. For those who wish, donations can be made to St. Stephen’s on-the-Hill United Church (www.ststephensuc.ca) or Dreams Take Flight (www.dreamstakeflight.ca).