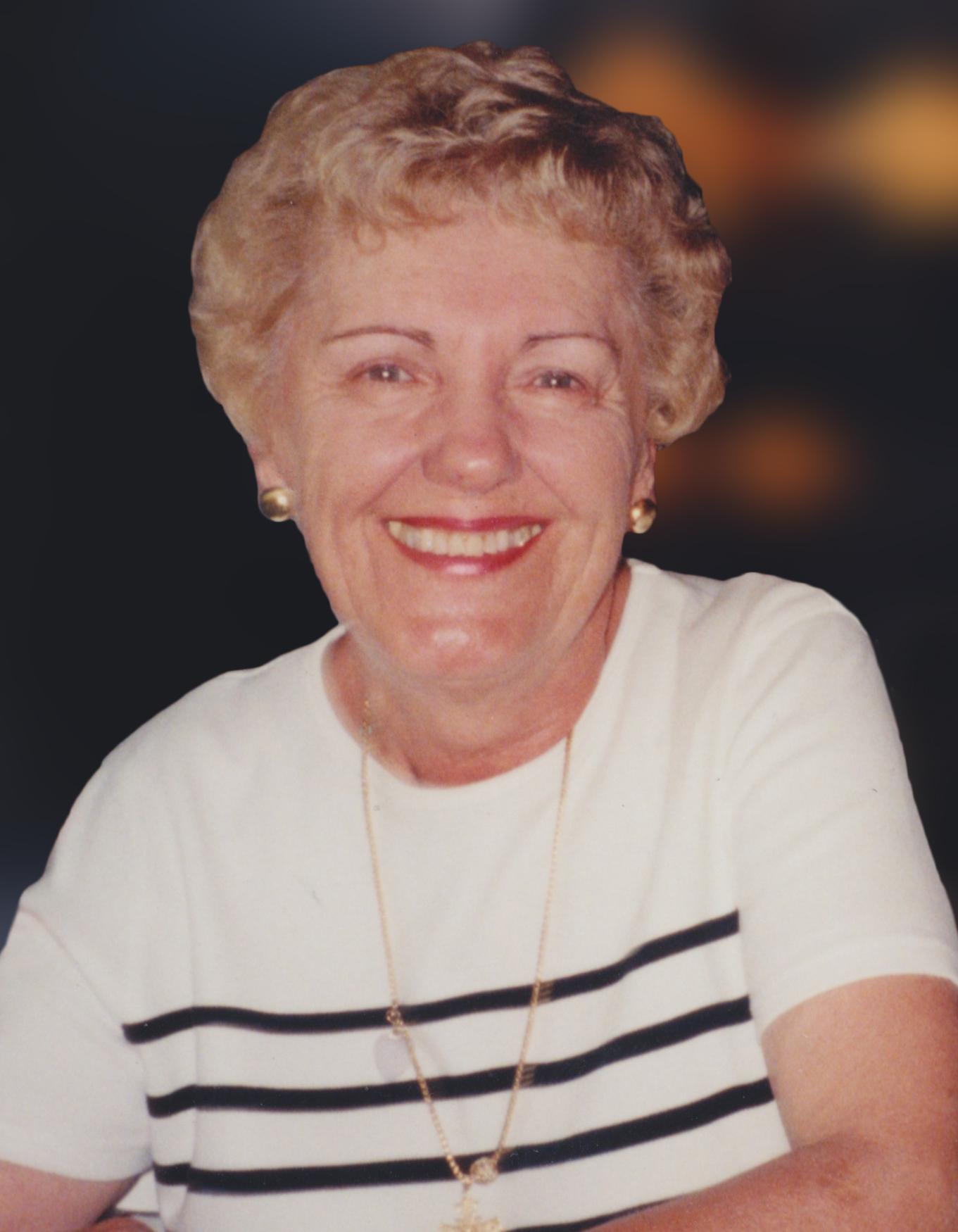 Alexandra (Sandy) Chreston (nee Spasoff) 92, passed away peacefully following a brief illness on Thursday, July 16th, 2020. Sandy was born in Vissinia, Greece (Macedonia), arrived in Canada in 1936 and was raised in the High Park district of Toronto. Beloved wife and partner for 52 years of Chris (2004). Sandy was the loving mother of Vicki and the extremely proud Baba of Shannon. Mother to Steven (Mary), Baba to Chris, Alex and Evan. She was the cherished daughter of Vicha and Lambro Spasoff and the much-loved older sister to Teresa (Elieff), Mary (Douloff) and Nick (Wanda) Spasi. She was preceded in death by her brothers-in-law, George and Art. She is survived by adored nephews and nieces: Larrie (Roslyn), Julia (Joe), Georgie, Jennifer (Dave) and Aria. Sandy was a graduate of Western Technical and Commercial High School and was an active member at St. George’s Macedonian Church in Toronto, one of the first Eastern Orthodox churches in Canada where her father was a founding member. Extremely proud of her Macedonian heritage, Sandy was part of the fundraising committee for Canadian Macedonian Place and she could often be seen dancing the hora either at the beginning of the line or at the “pashka” at various functions. Her ties to her cousins and extended family, Shirley, Jean, Anita and Ted in Fort Wayne, Indiana, remained strong throughout her entire life. Chris and Sandy met while they were very young and it was love at first sight for Chris. While he enlisted in the Canadian Armed Forces, Sandy continued her education and they became in engaged upon his return. They married in 1952 and settled in a beautiful home on Echo Valley Ridge until Chris’s death. They travelled extensively and loved their summers at Lake Simcoe and winters in Sarasota, Florida. Sandy’s baking and cooking were legendary and the couple hosted many parties at their home. A fighter to the very end, Sandy was always good with a dirty joke, a happy smile and a “don’t you look pretty,” even if you didn’t. She missed dad terribly after his passing but her smile never faded. A private family service has already taken place. A special thank you to Tapestry Senior Residence in Etobicoke, the magnificent and caring staff at St. Joseph’s Health Centre palliative unit, and the following families: Elia, Dunn, Weber and Alexiou. Memorial gifts may be made in Sandy’s memory to: The Salvation Army, St. Joseph’s Health Centre, the Alzheimer’s Society of Canada, or the Canadian Cancer Society. A true Makedonsko devoiche from beginning to end. Momma, thank you for everything. Good bye, good luck and have a good time and we love you a bushel and a peck and a hug around the neck.
Order Flowers
Make a Donation
Help Extend the Memorial
Order a Keepsake Book